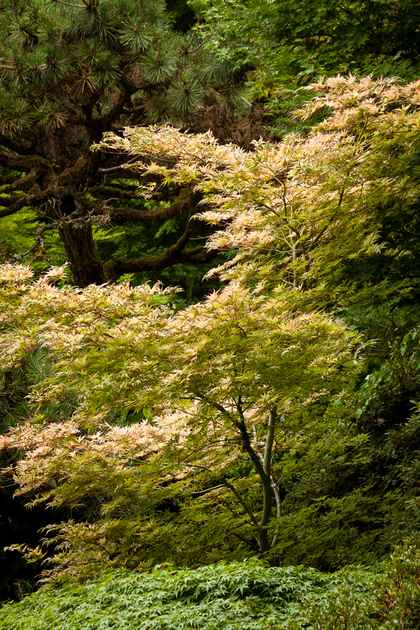 This week I would like to describe in words and images a delightful visit we had last weekend to the Kubota Garden, a park in Seattle that I had never been aware before our visit. Fran and I were visiting our old college friends Amy and Bill, who have recently moved to Seattle from Boston to pursue grandparent-hood. They suggested the short trek to the garden in South Seattle.  I'm a sucker for gardens, but I must say I was literally blown away. I hope this series of images comes close to conveying some of the beauty of the garden. As usual, I'll be focused on small snippets of this beautiful environment. 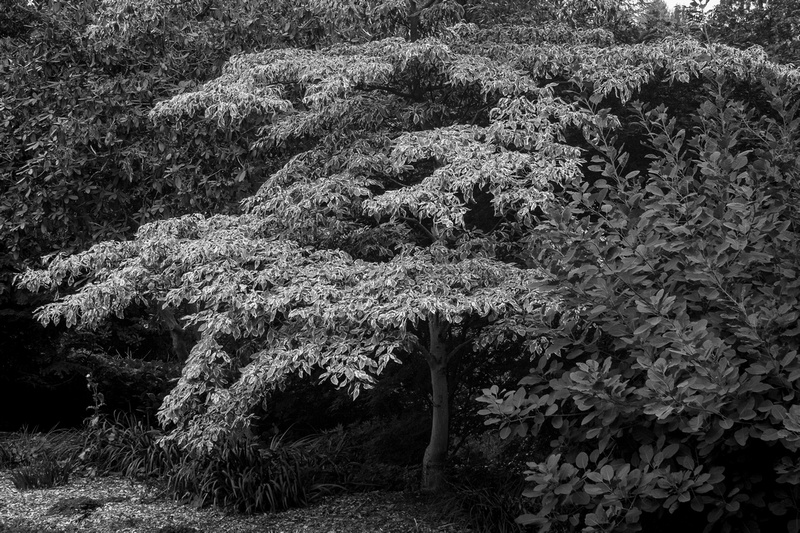 The Kubota Garden is a very large garden, constituting 20 acres of hilly terrain in the Rainier Beach neighborhood at the southern edge of Seattle. 95 years ago, it had just been clear cut, and Fujitaro Kubota,(1879-1973),  a Japanese immigrant, thought it might be a good place to start his landscaping business, since it was so far out in the boonies that with hard work he could run a business in an area without a lot of residential pressure close at hand. Washington State's Alien Land Law of 1921 prohibited anyone who could not become a citizen (Asian) from owning land, so Mr. Kubota relied on friendly Caucasion straw buyers to assemble the property. The family could not own its own nursery until 1938, when Tom Kubota, (1917-2004), Fujitaro's first-born son, an American citizen, turned 21 and was allowed to buy his father's land. 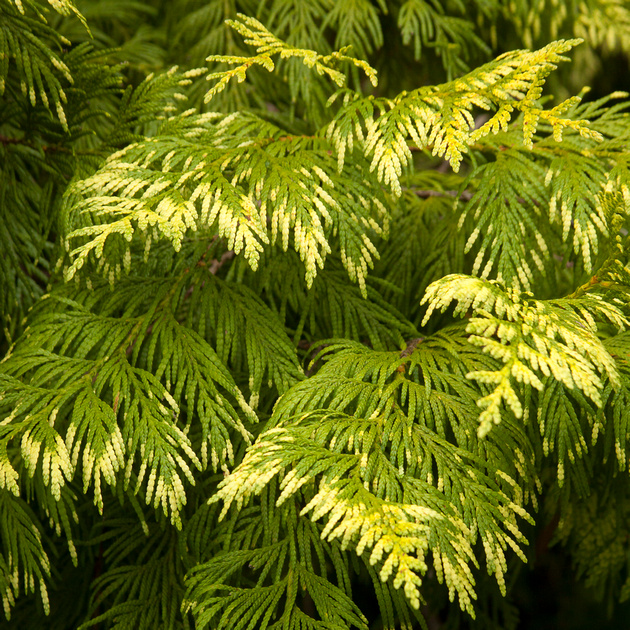 When Mr. Kubota bought the swampy 5 acres in 1927, there were only 12 trees left on the property. He cleared the land, drained the swamp, and started to  create both a garden and a base for his landscaping business, which soon became known for it's skill at transplanting mature trees that had grown on his planted property. By 1946, the property had expanded to 20 acres, and in 2021 the Garden contains 140 different Japanese Maple varieties alone. The astonishing variety of leaf shapes will cure you of any idea that you knew what a "Japanese Maple" is supposed to look like. 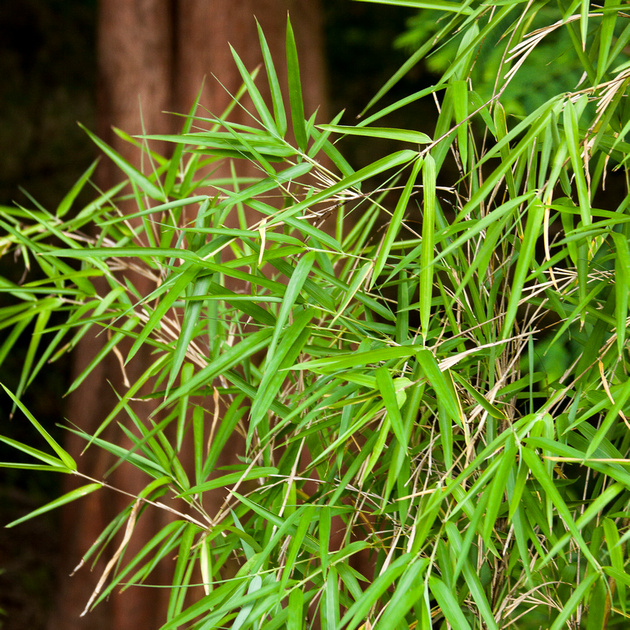 The Kubota Garden has gone through a lot of transformation since its humble beginnings. It's hard to imagine a 48-year old man with the vision and energy to set out on such a journey, until you realize that he was still building the garden and his business into his 90's. And that he lost three years of his life in his 60's when his family was "invited" to spend three years at the Minidoka Internment Camp in Montana from 1942-1945. His son Tom was allowed to leave the camp in his twenties to serve in the US army, which was jailing his family at the time. Unusually, Tom served in the Intelligence branch in the South Pacific, which probably meant he was either interrogating prisoners or listening in on radio transmission. Most Japanese Americans served in Europe, where their regiment suffered the most casualties and received the most medals of almost any unit in the entire army. 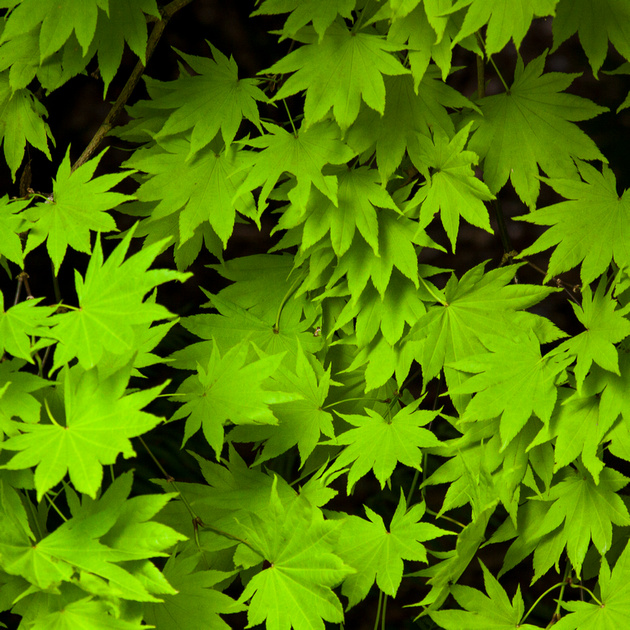 When the Kubota family returned to Seattle after the war, they took up residence again at their garden/nursery only after determining that it was safe to do so. Many of the Japanese families had lost their properties in the hasty move out of the city three years before. The Kubota business prospered, and their private garden began to take shape. Fujitaro had never been trained as a garden designer, and even though he had frequently visited Japan before the war, he always felt that the guild-like garden knowledge was beyond his reach. In any case his garden began to be an interesting hybrid Japanese design principles with Northwest plantings. Alongside the maples and rocks and foliage typical of Japanese garden design, he planted a lot more colorful flowers than would typically appear in a Japanese garden. 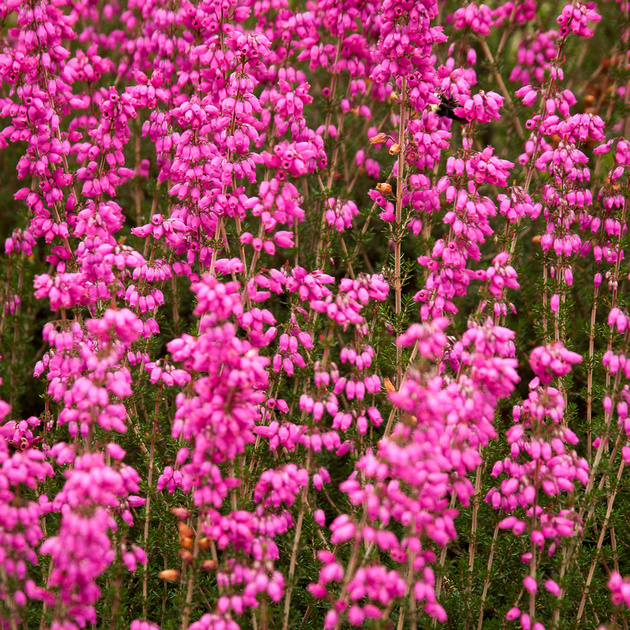 Mr. Kubota's skills as a designer and businessman eventually translated into extensive work throughout Seattle. He was best known for his work at the campus of Seattle University, and his supervision of the Japanese Garden portion of the garden at the Bloedel Reserve. When his son Tom turned 70 in 1987, extensive support from the neighborhood and several local politicians ensured that the garden would remain intact. The Planning Commission had already approved a 246-unit housing subdivision, but the Garden was deeded in whole to the Seattle Parks Department and a private foundation to keep it intact. 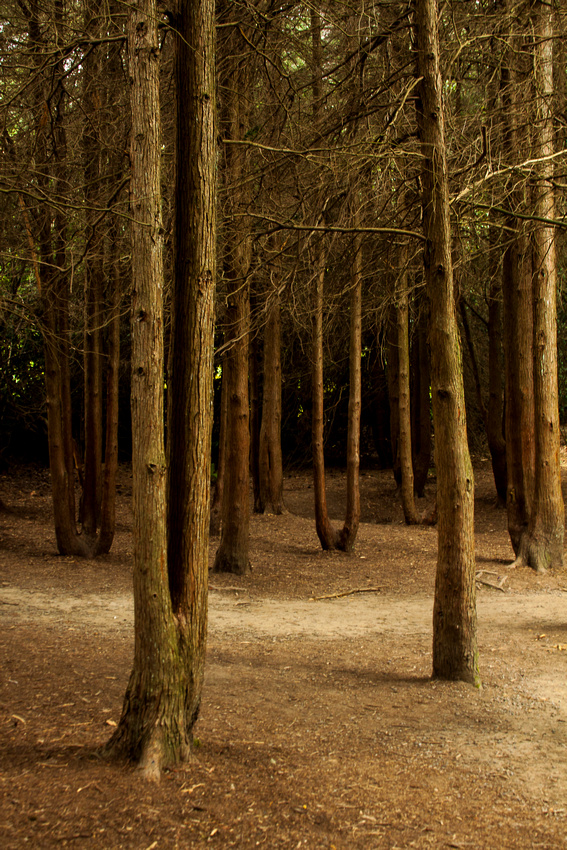 The garden today is a total delight. At 20 acres, it contains many different environments, as different as the standard "red bridge over the lake" to the mysterious grove pictured above, hidden in a standard green forest. Its public/private hybrid, combined with the ravages of Covid on volunteerism, have created both a relaxed and scruffy environment untypical of the anal perfection of most Japanese gardens. So there is no map, as there is no admission charge, so you can easily get lost and feel that you are not seeing important parts of the garden even after a few hours. Fran was ready to begin attacking several vines that she had successfully eliminated from her own garden, so maintenance has obviously suffered somewhat during Covid. On the other hand the place is so beautiful that two large wedding photo teams were out in force during our visit. 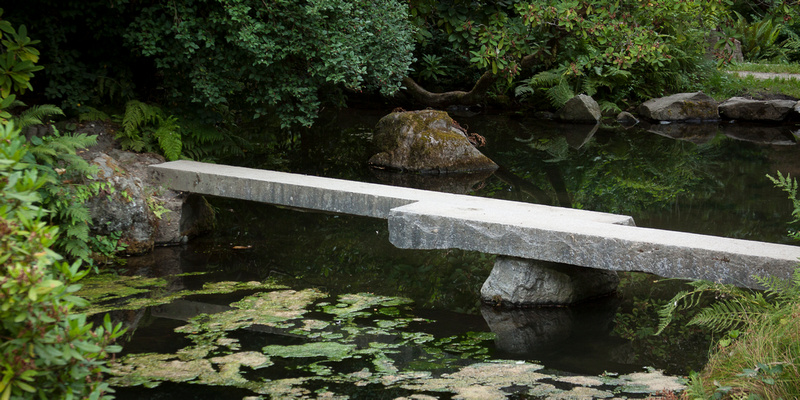 Make no mistake - there are plenty of vignettes available to make this a splendid Japanese garden. Mr. Kubota's final achievement was a hillside garden built around a six-story waterfall feature that you encountered multiple times as you walk up or down the hill - it's only at the bottom that you realize the monumentality of this feature, although it is steep enough along the way that you appreciate the multiple paths available to get you to the bottom at different rates of apparent danger. 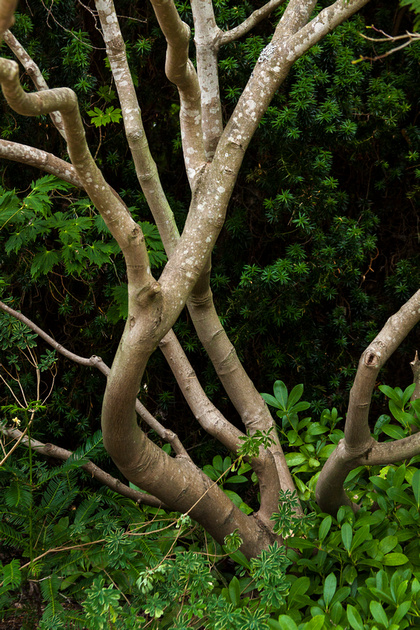 Some of the charm of the garden is apparent in the boss's ability to select especially unique specimens to keep for himself rather than to sell to clients. Some of these trees almost have personalities when you confront them on what was just a walk in the woods. 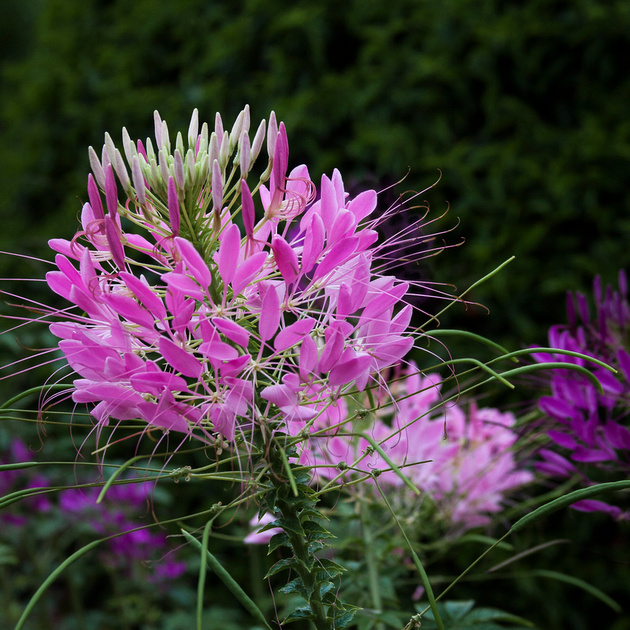 And if you like flowers, there are more of them than in the typical Japanese garden, and the overall green foliage provides better backgrounds than most flower gardens. 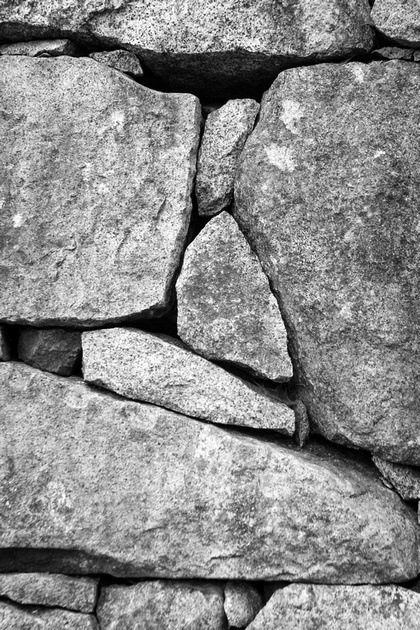 For you detail fans, Kubota affords more than enough opportunities to highlight your efforts, whether in individual plants, flowers, trees, or this Japanese dry-laid stone wall, which just relies on gravity, with the careful fitting of stones that will also not let gravity work against its stability. 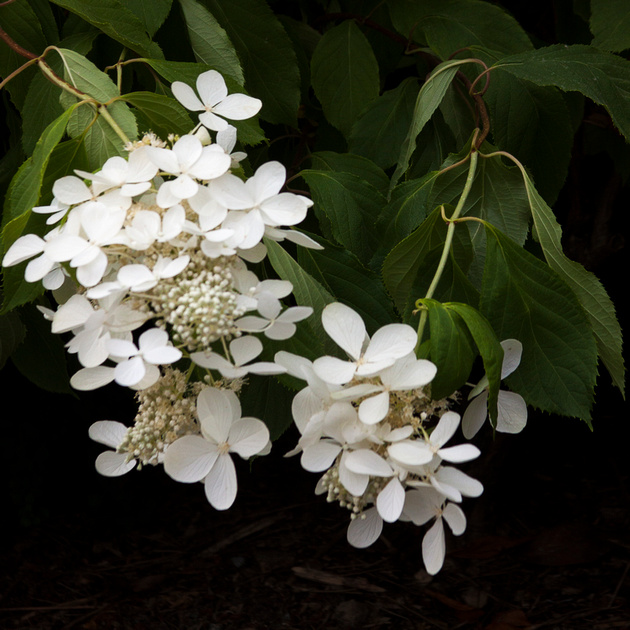 I hope that these images have conveyed my love of this garden, and maybe inspired you to visit it or another local garden. Gardens are a unique hybrid of nature and man's will to shape nature - both natural and man-made. The result of all this artistry is either hidden or highlighted in different garden styles, or sometimes even within the same garden. I would encourage all of you to try to capture this artistry with your camera, in the same spirit as the garden's designers. These photographs were all captured in one visit without really making Fran or Amy or Bill exasperated; yet they only scratch the garden's surface. They all are true representations of the garden, and they all have been edited in Lightroom to enhance what came out-of-camera. As a result they are all closer to what I actually saw and felt on that day. Remember, no matter how wide your frame, you are always editing reality, and creating a photograph, which is a subtractive art. You don't start out with a blank canvas, but instead must organize an often chaotic reality to create the "wow."

And that "wow" is always subjective and can be as abstract as you want it to be. This last image succeeds for me in expressing the magic of the Kubota Garden even more than the one above, but each to his own. Fran and I are donating $50 to the garden, and would in Amy and Bill's name if the form didn't imply that they were dead. We hope to visit it often in the future. 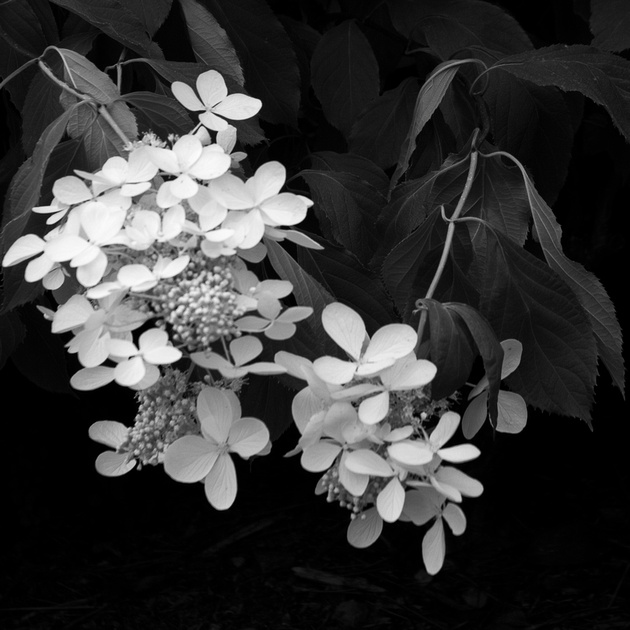