LEARNING NEW WAYS TO DO THE SAME DAMN THING, PART ONE 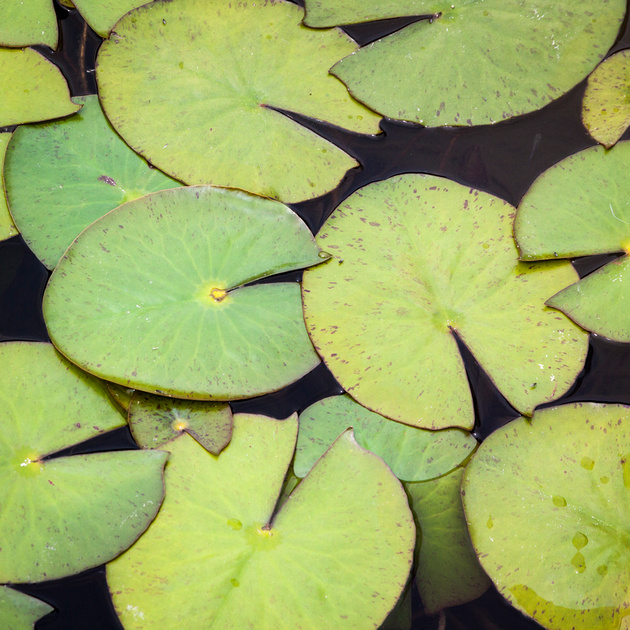 This week, in honor of the new year, I'd like to discuss the trials and tribulations and opportunities involved in learning new ways to do the same things you've always done in the same way. This old goat has been attempting to actually master a "new" software, to see if I can actually improve my workflow or find some advantages in an alternative product. In this process, I have been trying to "learn" in new ways as well. Some of the details of my process, and even my goals, might seem pretty esoteric to many of my readers, who are not as involved in post-processing their photos as I am. I do think that some of these strategies are transferable to learning any new skill, way beyond photography. These new skills can enhance or replace the old way of doing things, for better or worse. Often it just gets back to square one anyway, but one must "trust the process." 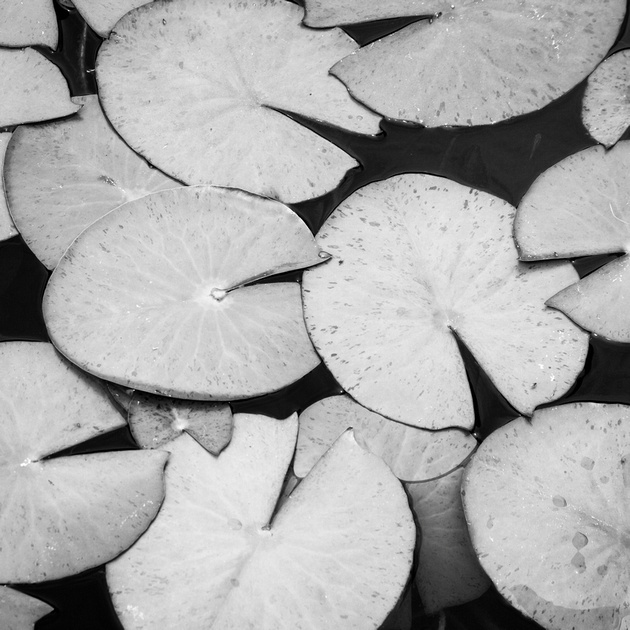 Make no mistake about it, I am a firm believer in not fixing things that are working. Fran thinks that I am not even just "stuck in the box, but that I often actually invented the box itself. I don't experiment as much as I should, and I have never been comfortable in just trying something new for the heck of it. But in the past few months I have made the effort to break out of the box to feel more confident when I use a software called "On One" to supplement my steady post processing path based on "Lightroom", the tried and true industry leader. All of these images were converted to black and white using On One, and this week and next I will tell the story of what I have done and why. Most of the time there is very little difference between a Lightroom black and white conversion and a version done with On One, and that might be both the point and not the point at all. 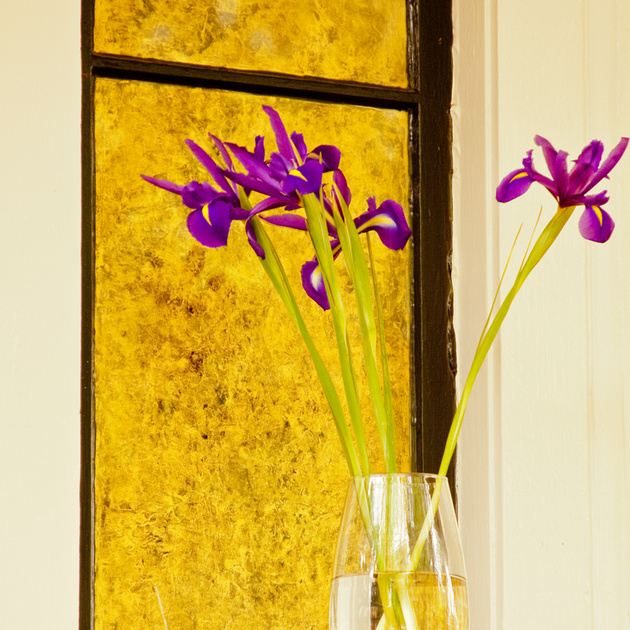 Sometimes my hesitancy actually helps solve problems that occur with the introduction of new software. It is often said to above all avoid "beta" software releases that are experimenting with your data, but these days I would consider even new release or updates of software to be unproven despite their designer's approval. Let early adopters deal with the inevitable bugs, and wait for the real software, which will be 2.0 if you and they are lucky. Thus my "new" version of On One is from the later half of 2018, and I see no real reason to update to On One 2022 in the near future. I look at each new version, and it's not the monetary outlay that stops me, but the idea that I am facing a learning curve on software that I already "know" without seeing any real gains in the software. But it would be nice to feel more confident when I am using a software, even if it is "out of date." By the way, my Lightroom is version 5.8 which is so old now that it not only has been superseded by 6.0, but it is now the last Lightroom that you can actually buy! 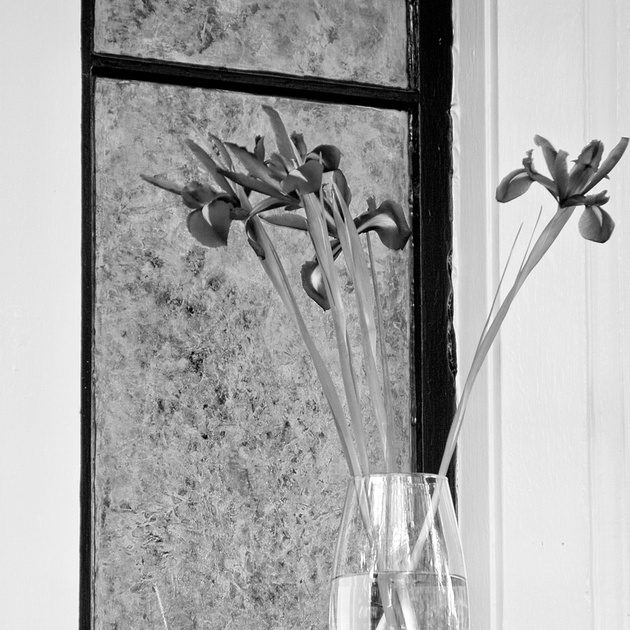 STILL LIFE WITH LILLIES : FINAL ON ONE B&W VERSION 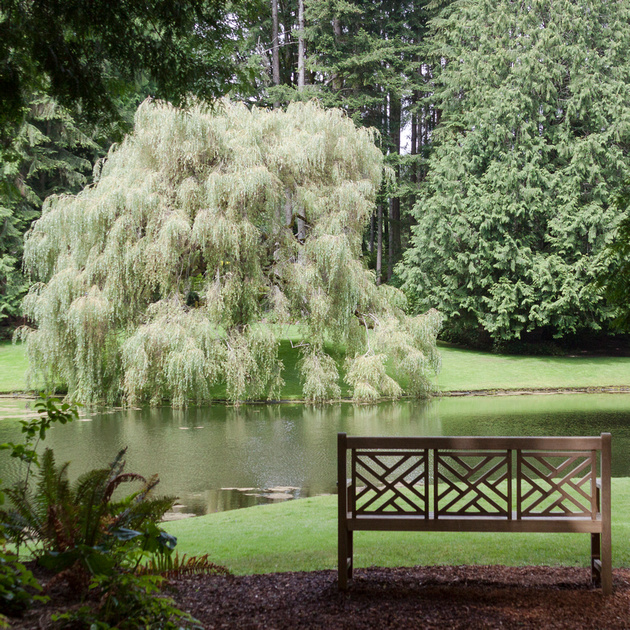 Lightroom still exists, but newer versions can only be "rented" via monthly subscriptions. Having spent thirty years warning Benjamin that he should avoid never-ending monthly bills like the plague, it has been impossible for me to pull the trigger and rent new advanced versions, even if I do acknowledge that there have been improvements that might justify the monthly $10 bucks. After all, I am a professional, and it would be a business expense. It's just the principle of resisting corporate pick-potting, especially when my ancient version of Lightroom still works fine. In fact, the $100 dollars or so that I spent on On One brought me most of the new tricks of Lightroom's newer versions, at a savings of hundreds of dollars since 2018. 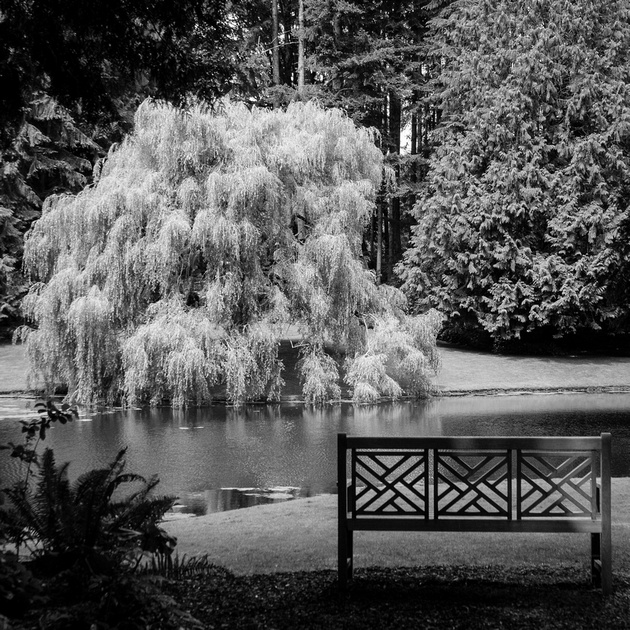 So I have successfully stayed off the software carousel now for awhile, and thus also avoided the problem of newer software not being compatible with my old laptop. The last time I went to the see the geniuses at the Apple store, the guys gathered around to gawk at my 2013 MacPro which they alternately declared the best one ever made, while not believing that it still worked. They solved all of my problems, which were totally due to "operator error", and sent me on my way. So I won't change my software until my hardware breaks down, and I am forced to find new software that the new hardware can deal with. I am no longer even really scared by rumors that Adobe will no longer "support" Lightroom 5, since they  actually stopped doing so long ago. I am confident that I can transfer my files to On One in case I have to, which is one of the reasons I felt that it might be nice to actually learn this "back-up" software. 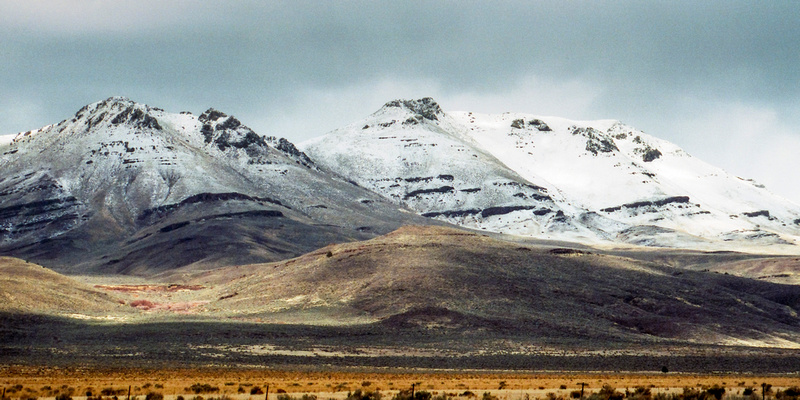 Photoshop, despite its name, was originally conceived as a killer graphic arts program for art creation of all kinds. Adobe couldn't believe it when photographers rallied around expensive software and became "gurus" even though they only mastered about 10% of a program that was so hard to learn that these gurus were now making most of their money by teaching others how to use the software. Adobe kept improving the software for photographers, and it just kept getting more complicated and forbidding. It was also so expensive, at $700 dollars, that many people were more than willing to steal it rather than pay for something that was both necessary and beyond the means of most photographers. 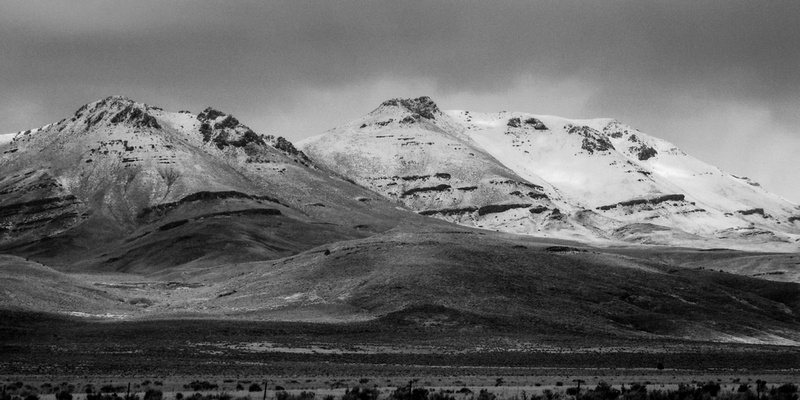 Adobe responded in two ways which for all I know are still studied in MBA programs as either incredibly stupid or brilliant. Some of the software engineers looked at Photoshop and started dreaming about what their software would look like if they just started from scratch and just designed a software just for photographers! It could be easier, quicker, leave out all the stuff photographers didn't need, and be inexpensive enough to encourage purchases rather than larceny. At $100 instead of $700 it seemed like a winning proposition, and the program was deliberately not designed as "Stupid Photoshop" but marketed as just faster and oriented to working photographers rather than artists. It allowed for "batch" processing of many files at once, to make life easier for wedding and sports photographers who typically take hundreds of shots an hour. Nobody at Adobe believed that any ordinary photographer would actually try to use this new software to intensively post-process one image at a time. They assumed that those photographers "knew" that that was what Photoshop was for, and wouldn't try to make do with Lightroom. 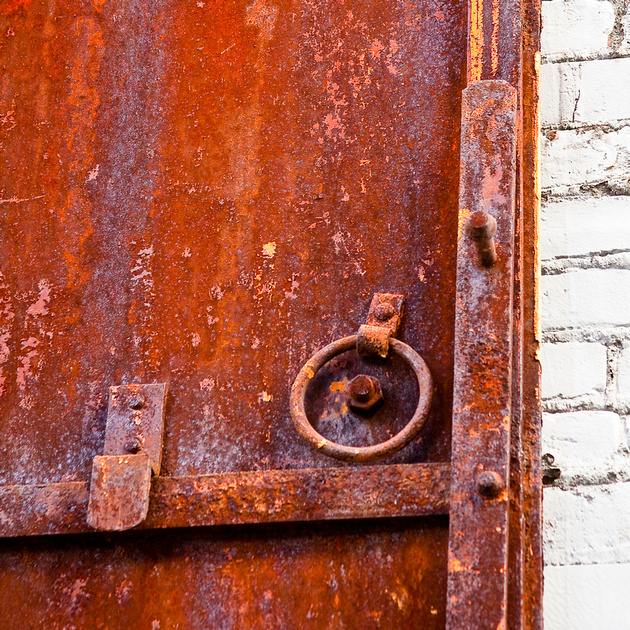 The second move that Adobe made was to allow other software companies to design software to piggy-back on the base programs of Photoshop, and then Lightroom. The thinking probably ran along the lines of "why don't we allow other companies to think they were improving the program while still requiring customers to buy the original program?" Adobe was in some way outsourcing their own research and development in order to make their own software more and more a required purchase. They probably figured that no one would actually try to design a new Lightroom if they could make money just tacking things on to the mothership. 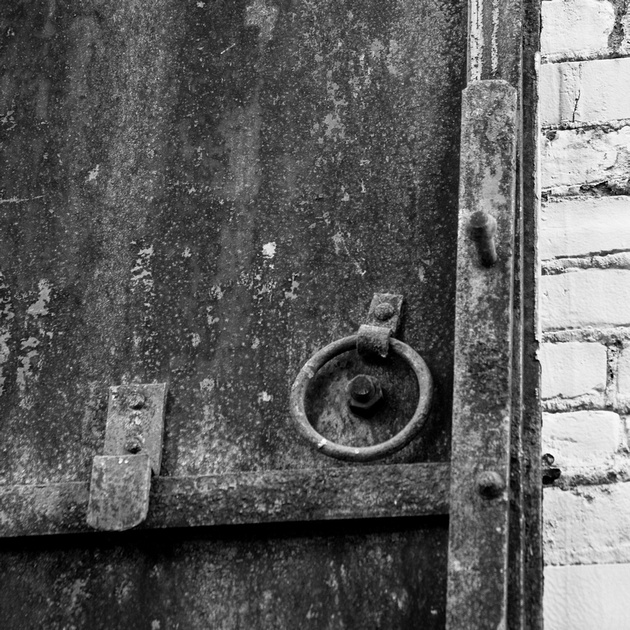 ECO-TRUST : FINAL ON ONE B&W VERSION

This might have worked if their own engineers had resisted adopting all these new ideas to the Lightroom software itself. Each new version would include more new features to show how Lightroom was such a value proposition that these "plug-ins" were no longer required. Adobe was now competing with the same new companies it had spawned in the first place. Each new software company soon found some small niche that was obviously better at one thing than stodgy old Lightroom, and then Adobe was forced to respond. It was like the nuclear arms race, but the USA was competing with Costa Rica instead of the Soviet Union. As Lightroom improved and improved, Adobe was even competing with itself. Why should you buy Photoshop at $700 if you got an ever-improving Lightroom at $100? Adobe started to obviously artificially limit what the new versions of Lightroom could do in order to preserve Photoshop sales. 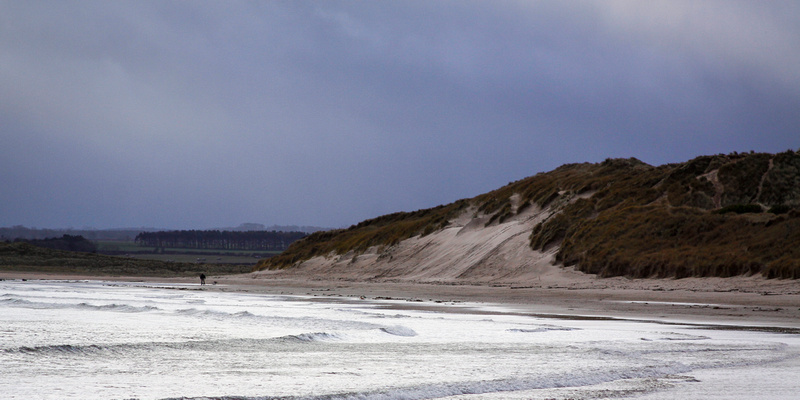 This was a recipe for disaster, especially when plug-ins started including the features that Adobe resisted adding to Lightroom. Now I could purchase Lightroom, and then buy a plug-in that would include most of the features that were included in Photoshop. I might be the world's worst businessman, but I now had serious competition at Adobe headquarters. When Adobe finally realized that they had ruined both Photoshop and Lightroom as products they could sell at a profit, they threw in the towel. As a "public service" they announced they would no longer charge for new versions of their software, and would instead improve it constantly, for just $10 a month, forever. 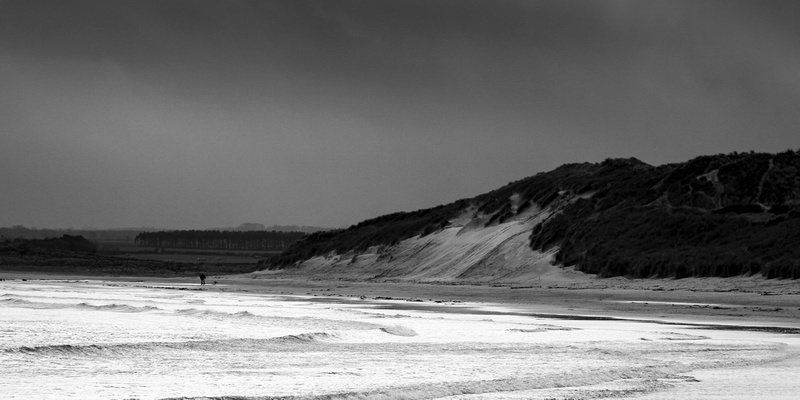 Like I said, this obviously upset everybody over the age of about anyone who actually would use the software. Most of the customer base was just speechless, and began a valiant search for new software so they could shove it to Adobe. The problem was that all of the other software alternatives were plug-ins to Lightroom, and it would take years for the other companies to respond to cries to include more of the things in their software that made Lightroom Lightroom. The trouble also was that there was actually nothing wrong with Lightroom -Adobe was just holding it for ransom. Eventually the kidnappers succeeded in getting most to give in, and geezers like myself have had to make do with old software that actually meets my needs on an old computer that, knock wood, still works. 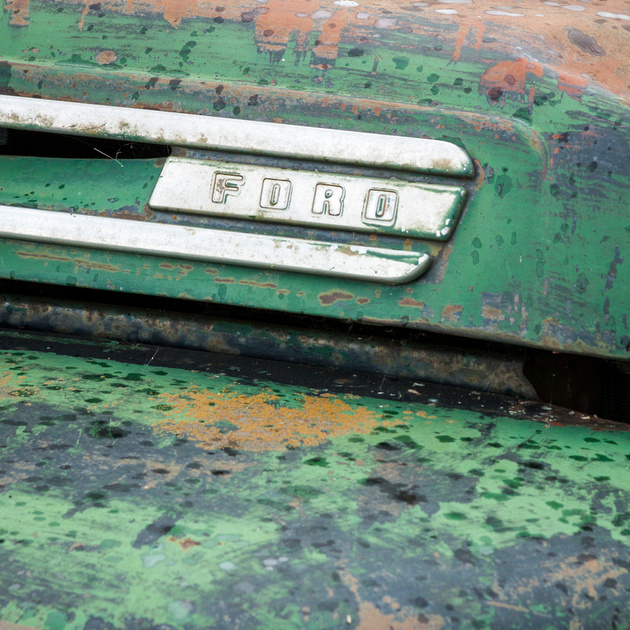 I have obviously gone on far too long, and will again divide this essay into two parts. As I have grown older, I find more interest in the Business Section, not in pursuit of investment acumen, but mostly in engaging morality tales of the sins of the greedy. The more I try to be a good businessman, the less respect I have for business. And I even read the sports pages as a disguised morality tale of organizations run by billionaires that are now actually competing in a better-designed merit-based environment and coming up so short that I wonder hoe they made their money in the first place. Having told this tale of software boom and bust, next week I will discuss my journey to actually include On One into my workflow. All of the images included this week and next were post-processed with On One, but what's fun is it still is all my fault. 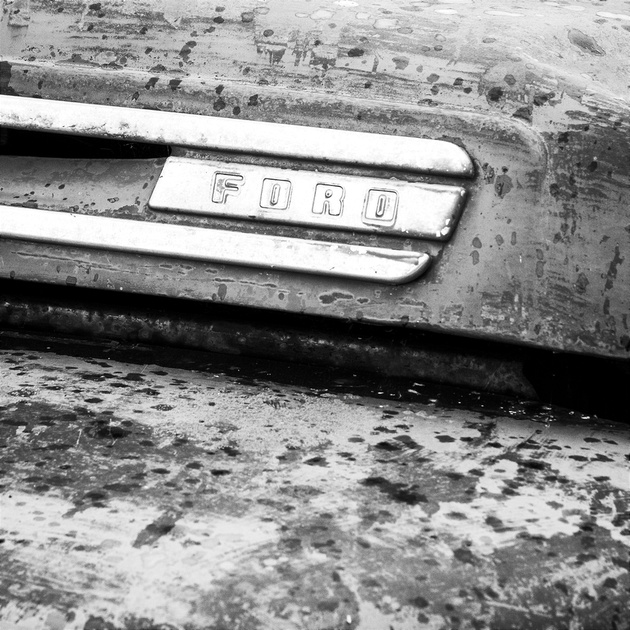