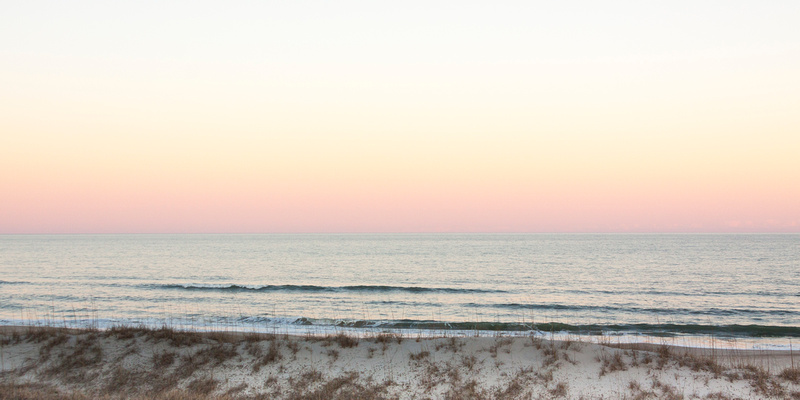 I'd like to return to North Carolina this week to discuss four images I created there. My overall theme is that most of my photography is based on noticing things - paying attention to light, shadow, forms, and geometry - that others might not see. What's funny is that this either leads people to really appreciate "my eye" or to not get my imagery at all. While I do not search for the obscure, I must accept that my way of seeing is not for everyone, and that's okay. I would suggest that this attitude can be very liberating to the rest of you out there - it takes a lot of the pressure off if you have a little faith in your vision and do not care as much if the public responds. With about 97 million photographs downloaded to Instagram every day, it's a miracle if anyone notices your efforts at all.

In that spirit let me try to explain what caught my eye in taking these four images, and how I tried to emphasize that act of paying attention in my subsequent post-processing. A big part of "proper" landscape photography is waiting for the light. This doesn't just involve waking up real early or staying late, but bringing along a book or just meditating while you wait for the light to hopefully change and transform a good image into a potentially great one. I usually lack the energy or patience to accomplish this goal, which is why I firmly believe that we take our best shots close to home, wher we can easily return for better light another time. But patience is not the only virtue; sometimes just noticing something can suffice. We stayed at a true beachfront property at Carolina Beach just outside of Wilmington, and it took only a few days for me to notice that the best light of the day, without a doubt, took place at 7:15 PM each evening. While some days were a little better than others, if you managed to be on our deck at that time you would be greeted with what Mountain people call Alpenglow, the pink shades in the sky that do not really require mountain views. It's just kind of a reverse sunset, and usually lasts only five minutes or so. What was so much fun was that this was so reliably predictable that it required no patience at all - just show up, and there you have it. Of course you can't have your camera set to auto white balance since your stupid expensive machine will wipe out the pink glow as a "mistake" instead of celebrating it. This image is all about color, so that I even violated my secret identity on 500 pixels by posting a color photograph. The world didn't come to an end, although there were probably some people in Eastern Europe who were shocked, just shocked. As usual with my landscape images these days, I've cropped it down to 1:2 to more fully emphasize the horizontal aspect. The pink glow was nicely confined to just over the horizon, so cropping didn't affect the image in any negative way.

The obverse of the beachfront stroll is to observe the state of that beach's architecture. I am always on the lookout for "architect was here" as a relief to the usual structures that don't even to seem to notice that they are located on the beach - there is a damn ocean over there! I noticed this relentless grid on one of the larger condo towers on the beach, which was a lot bigger than we are used to on the Oregon Coast. Then I focused on the rebel on a certain floor who was going to have red balcony furniture no matter what anyone else might think. Once you notice something, it really doesn't matter if no one else does - your job becomes merely how to emphasize what you have noticed. In this case the only requirements that I had to meet were to crop the image so that the grid could go on forever, and to do my best to straighten and align the grid in post-processing so that the photo looked like I could have taken it from a helicopter hovering way above the ground. The viewer is then left to decide if any of this means anything at all. And of course the image must stay in color since the red chairs are what's holding it together. 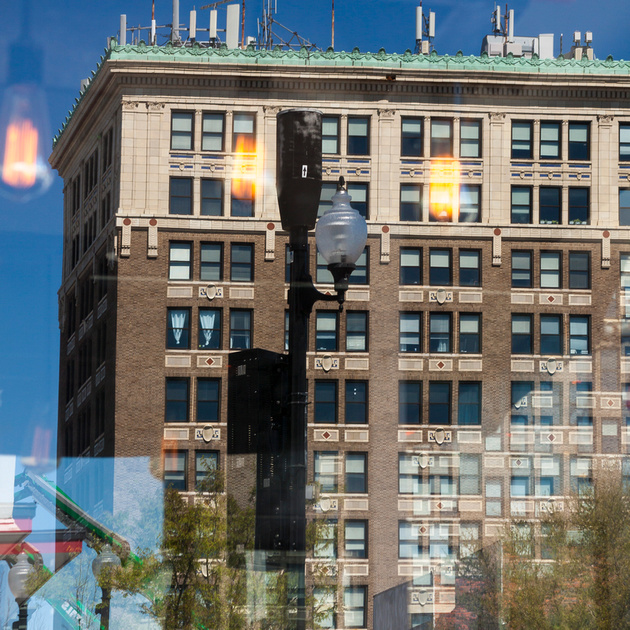 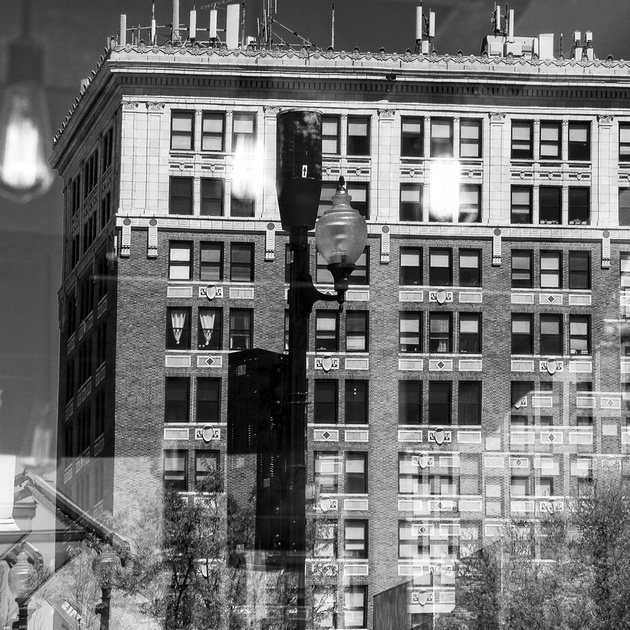 The next image was a happy accident. I could claim that I knew what I was doing, but that would be a lie. What appears to be an elaborate double exposure is in reality just a wild conjunction of interior and exterior reflections in a coffee shop. The most credit I can take is that I noticed something was pretty strange and I lined up an image that I really didn't understand at the time of exposure. This stands previsualization and the "decisive moment" on its head; it reminds me of the admonition to "say something if you notice something" as the least a photographic witness can do when confronted by the unusual. I only noticed what was going on in this image when I looked over my photos a few days later, when I was charmed by the many juxtapositions that occurred in one ordinary image of a typical apartment house. I am unsure which version, color or black and white, works better here. The color version is "lighter" and more lively, but there is enough contrast in the black and white to overcome the lack of color. Neither image is much more confusing than the other;it helps that the central light post is just as black a presence in each version. 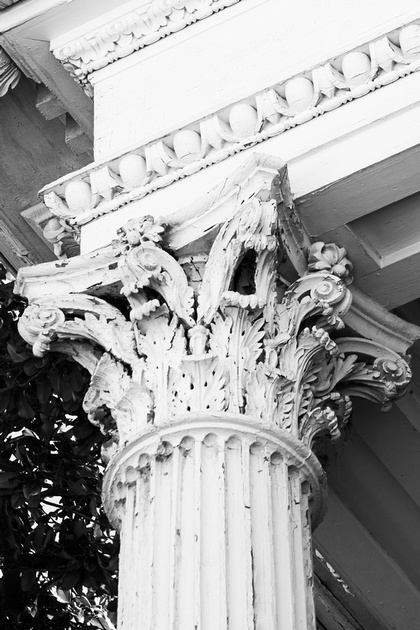 Finally I present another image from the plantation house we visited near Wilmington. Here I am just a retired architect,"nothing to see here", who is overwhelmed by the classical detailing on an Antebellum mansion. This image must be in black and white, since the off-white natural color is completely underwhelming, and we all know that the vegetation is actually green, and who cares? I found two things intriguing about this "subject". One was that this stone detail was so obviously painted, carved wood, which seemed to hearken back to the classical originals, whose leaves were actual leaves. The other was that while this detail certainly came out of a "pattern book", it was built by enslaved artisans more than two thousand years after other slaves had probably built the Classical originals. All I did was to notice their handiwork, and for this image, that was more than enough.