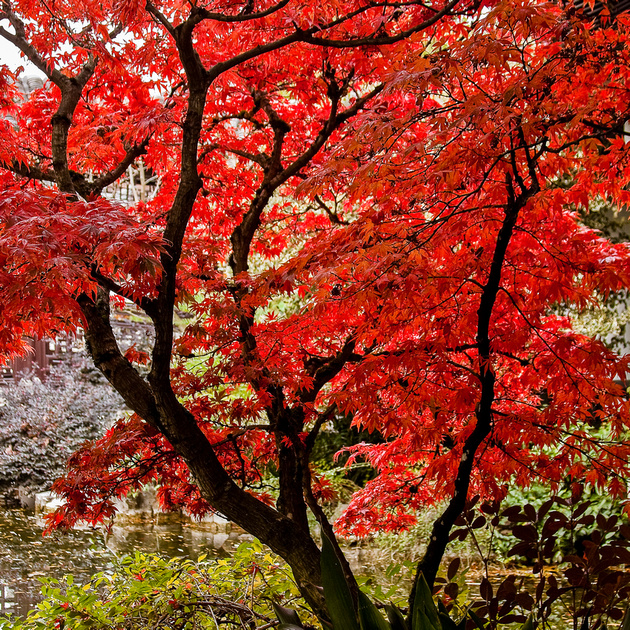 This week I would like to explore the topic of a long-term photographic relationship with a particular place, and how it can focus and expand your photography. The place that has captivated me for over ten years has been one of my favorite spots in Portland, the Lan-Su Chinese Garden. I remember my first visit to the garden many years ago. I was so blown away at the end of this visit that I ended up with my first annual membership in the Garden before I had left that day.

These successive annual memberships, along with my self-employed and self-unemployed lifestyle, have enabled a pretty special relationship with a major cultural institution. The annual membership, along with living within 20 minutes of the garden, allows me unlimited visitation during the year, whenever I want, for as little time as I want, all for one very reasonable price. Thus what could be a unique visit for a tourist or just an occasional trip for a Portlander showing off their city has become a wonderful ordinary part of my life in the city. That is what I mean when i call the Garden "My Chinese Garden" - frequent visits have allowed me a sense of familiarity and ownership, so that I can approach the garden as a domestic space - an extension of my wife's bungalow garden. 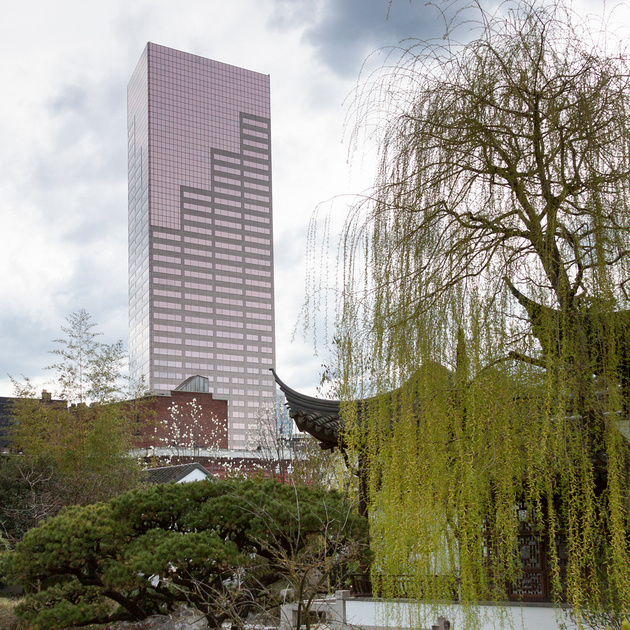 The garden is located in Portland's Chinatown neighborhood, a part of Old Town just north of Burnside. Once a thriving residential area for Asians, along with the neighboring Japan Town, these areas suffered after the suburban exodus from Portland after the Second World War. In point of fact, the areas never recovered from the emptying of the neighborhoods by the forced evacuation of the Japanese population, both immigrants and citizens, from the West Coast to internment camps in the big empty of the American West during the War. This hysterical racist response to Pearl Harbor, with no evidence of disloyalty ever put forward, economically crippled the neighborhood. The prevailing ignorance of the time meant that the "othering" of Asians extended to the Chinese, our allies in the war, since most Americans had to receive instructions in how to tell the difference between different Asian groups.

The image above shows the relationship between the Garden and its place in Portland, but in some ways is very misleading. The Garden, like many of Downtown's parks, takes up only one block of the standard 200' x 200' miniature urban grid. These small blocks in many ways allow for the occasional denial of commerce in the city based on the realization that Capitalism is only being asked for one small block. Yet the real genius of the Garden's design is that it feels absolutely cut off from the city. Somehow in the space of one small block one can easily spend a couple of hours in China, with very little idea that you are in Portland. In fact, this view of Big Pink to the Southwest is about the only large intrusion of the surrounding neighborhood into your visit to China. The rest of the low-rise neighborhood is mostly screened by the garden itself. 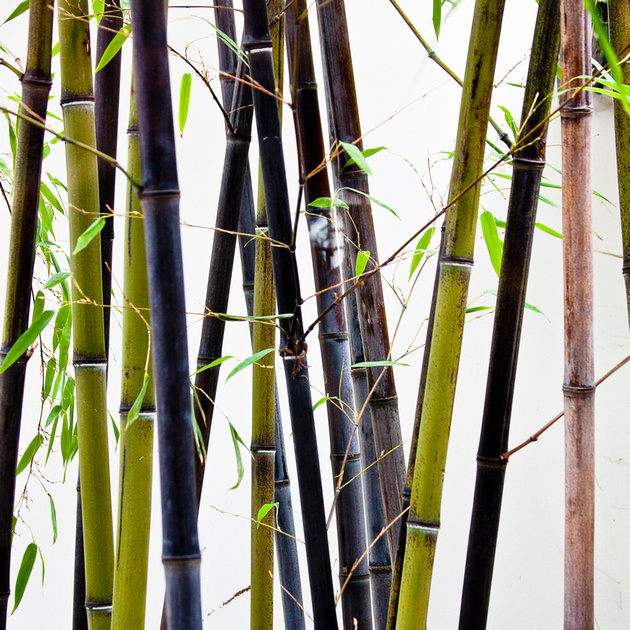 This detail of a very small planting of bamboo at the garden illustrates how the typical historical design of a Chinese Garden serves to create a separate world. The Chinese Garden was always considered a piece of urban design, an integral part of the city. Though varied in size, these gardens were typically conceived as large courtyards, surrounded by buildings, or at least walls, that would shield views of the surrounding city. The white background to the bamboo is a ten-foot high stucco wall that surrounds the garden, either by itself or as part of a pretty complete shell of one to three story pavilions that make up the perimeter. In fact, Portland's urban design regulations confounded the Chinese designers because our anti-blank wall rules required a certain amount of windows  on the street elevations. These "windows" were accomplished with small screened openings in the wall which allow the occasional glimpse of the city. These views are carefully mitigated because the wall is in fact not on the sidewalk, but a few feet inside it, which allows for further planting outside the walls to screen the "windows." 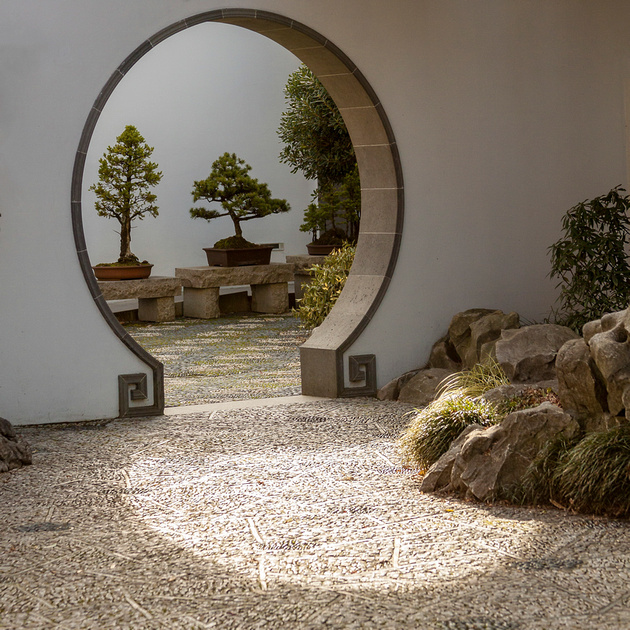 This traditional "Moon Door" arched opening occurs early in the Garden's processional sequence. While the route is not exactly proscribed, it is strongly encouraged by the design strategies that isolate the garden and encourage planned views. The entire idea is create a sequence of garden "rooms" which will focus visitor's attention on smaller planting areas, highlight varieties of planting, and hide the fact that you are twisting and turning on the perimeter of one small block. These gardens in China were domestic in the sense that one family or institution would be in control of the courtyard - and thus both "secrecy" and an exaggeration of the actual scale were in order. The route would strive to stretch the walk around the perimeter, presenting carefully controlled views that led to a climax of an interior courtyard that seemed larger than the space the rest of the garden could possibly contain. In Portland, this largest space is placed on the diagonal of the block, and filled with it's own pavilion on a central island on a pond that provides vistas across this central space. These different garden rooms are small enough in actual dimension that they could be transported to a typical urban lot in Portland and not really have to be shrunk in size. A typical Portland lot is 50' x 100' - do the math and you will realize that the Lan-Su Garden in fact constitutes the same area as eight of the houses on my street in Southeast Portland. 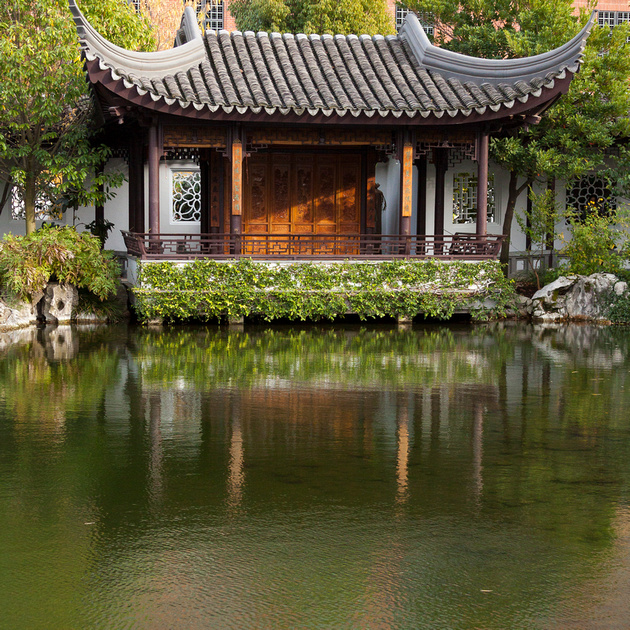 This image is of the island pavilion, carefully placed near one end of the pond, not in the middle, to increase the pond's apparent size. Here you can see that almost all of the garden's components were designed and created in China, and then carefully brought to Portland to be assembled by the same Chinese craftspeople. The architecture and ornament of the garden is based on traditional models of gardens found in Portland's sister city in China, Souchow, known for it's gardens, some almost a thousand years old. I was once looking through a giant coffee table book of world garden design, when one of the photos of a Chinese Garden seemed weirdly familiar. I have never been to China, and I was in fact looking at a familiar view because I had already made my version of the image from Portland's garden. It is known as the most authentic Chinese garden outside of China. All of the plants and the Koi in the Pond are authentic Chinese varieties, even if they didn't come from China. And all of the weird and revered natural carved stones found in lakes  in China were directly bought from Souchow to be placed in our garden. 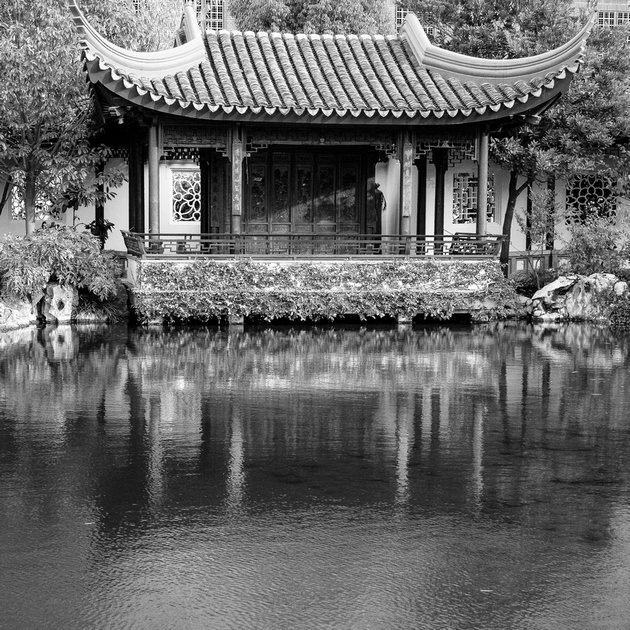 The virtue of this black and white version is the replacement of vegetation color with texture. It is also interesting to see how the increased contrast in the monochrome version has highlighted both the reflection in the pond and the openings in the stucco walls of the pavilion. The lack of color has also completely obscured the brick high rise across the street, and further down played the one aspect of the design I really hate, the concrete base walls that surround the pond. 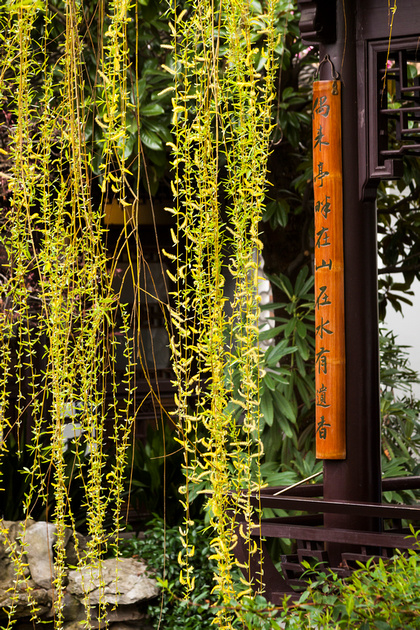 Once you start exploring the garden, the photographic possibilities endlessly expand. I become fascinated by the interplay between vegetation and architectural detail, which seem to bring out the best in each other. This one corner of another pavilion features weeping willows that contrast with Chinese ornament that grabs my attention even though it is totally alien to me. Take one away, and the image suffers to the point of no return. 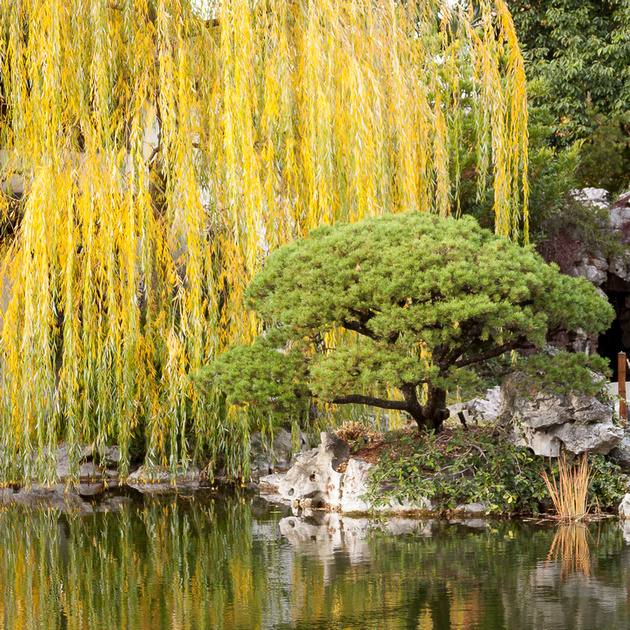 Here another view across the pond highlights color and texture variations, along with those reflections that a pool can provide. Notice some of those weird rocks that line this part of the pond, and the actual hills beyond the tree that form one of the corners of the block. 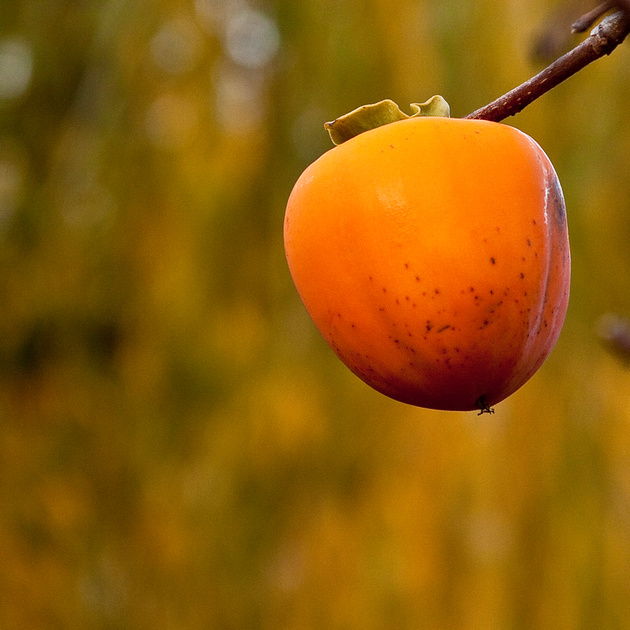 Throughout the year the garden presents different varieties of vegetation on display. Winter reveals the garden's "bones" the best, while Fall will give you the best Maple colors. Spring highlights the new burst of color, while Summer features the pavilion interiors as shady respites from the infrequent Portland sun. Most of these structures are one room deep, feature cross ventilation and "exterior" views to rear planted mini-courts surrounded by the perimeter wall. The fiction of the garden is that you are temporarily a Chinese scholar in your own garden, and it is amazing how the garden can carry it off. The fact that this particular  "Chinese scholar" can come any time, with today's New York Times in hand, only enriches the experience.

I only wish that the Garden was a park with free admission, but maintenance, etc, probably makes that impossible. Finishing the Garden was Bill Naito's deathbed request of Mayor Katz, and she deserves lots of credit for making it happen. And an annual pass can be paid off after only a few visits anyway. The Garden will be here long after all of us, even if the pond has sprung a leak or two. 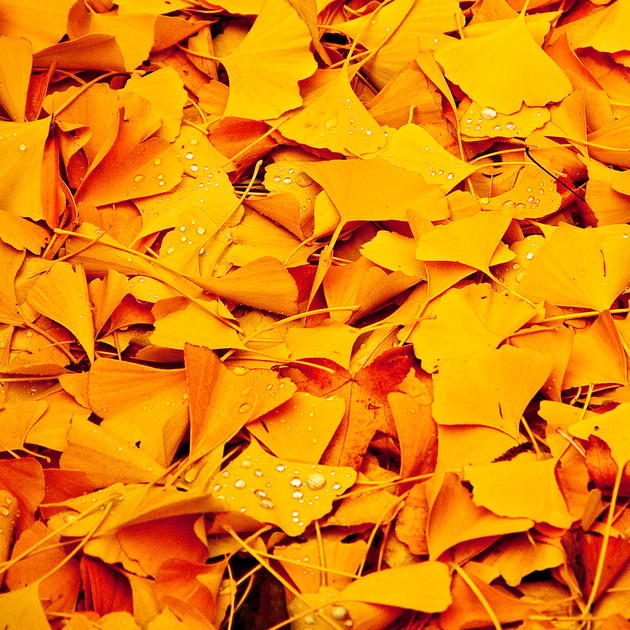 This intimate landscape was discovered by your intrepid photographer outside the walls of the Garden near the entrance. The Ginkgo tree in the garden had provided the overflow leaves for this tableau. It shows how repeat visits can show a photographer some new points of view. 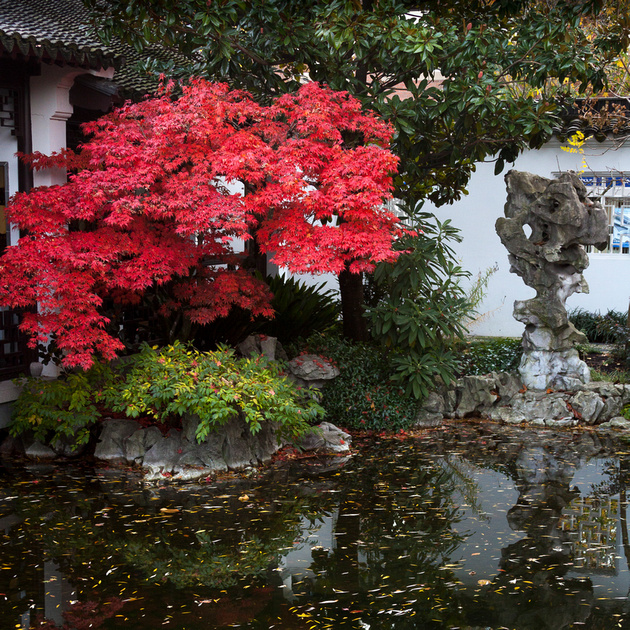 This image is the opposite side of the Japanese Maple at one edge of the pond. One of the weird rocks stands alongside what I call "my tree". You see the first image in this essay was my answer to what is actually known as "The Tree", a world-famous image of a Japanese Maple at Portland's Japanese Garden. Every Portland photographer, and seemingly every one who has ever visited that garden, has taken that image. Until the world's worst businessman, yours truly, showed up at the Saturday Market. Since I couldn't bear having the same image in my booth, I finally substituted "My Tree" for the "The Tree" that was a fixture in every other photography booth at the Market. Such are the lengths an artist can go to achieve some amount of sel respect in a cruel commercial world. 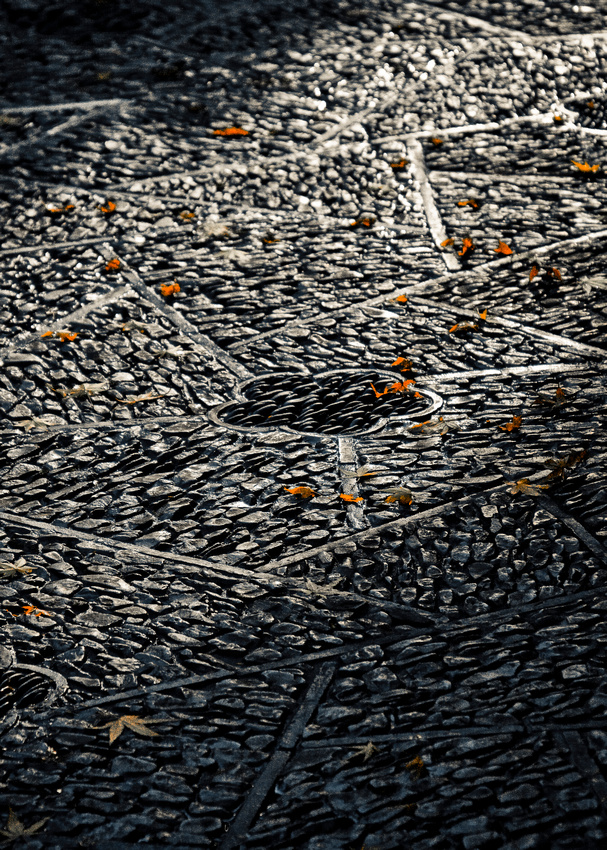 Finally, here is one of my favorite images from the Garden. It shows the play of light across one of the typical paved courtyards of the garden rooms that make up the Garden. Paving stones from China are placed in various different patterns in each of the rooms - this is the "Garden of Cracked Ice." The light shaft grazing the pebbles makes the scene, which can cause considerable disorientation for some visitors to my booth. They are convinced it is an aerial view of some unknown dense ancient cityscape until Ishow them the leaves and return them back to Earth. While this image has the appearance of a black and white photo with colored leaves, it is actually what happens when you turn the contrast in a color photo of a brown stone floor up to "11." The hyper contrast has turned the browns to black and highlighted black, while the brown leaves have turned radioactive. An example of the fun you can have in post-processing when you "break the rules" just to see what might happen, and then enjoy what you have created by admiring someone else's artistic talent.

And that is the real lesson for today. If you find an environment that you enjoy, whether natural, or man-made, don't be afraid of allowing yourself to repeatedly enjoy it, and create new images of that place you know more than the average visitor.  In that way you can hopefully deliver to your viewers some of the magic you feel when you visit your special place.