This week we return to New York in 2011, when Fran and I visited to plan Benjamin and Margaret's wedding. Through the power of the photographic archive, we can return to a simpler time, when people still crowded the subways, and Donald Trump was just an asshole local developer. Most of the images featured in this essay have never had a second glance since I captured them eleven years ago; it's a tribute to the opportunity that awaits you when you return to your archives. It's not like your original selects were not your best, but that your editing and post-processing skills have now allowed you to see the possibilities in images that you originally ignored because they weren't your "best." 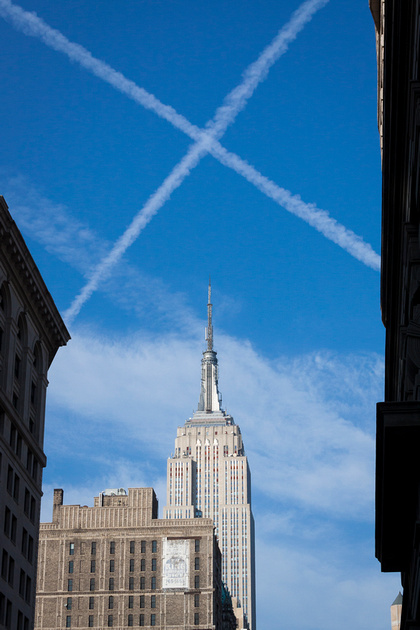 Take these two images. I love the Chrysler Building more than any other skyscraper, and I am not alone in this sentiment. This image only began to sing to me after I cropped and straightened it in a deliberate manner that had nothing to do with the original capture. The power of monochrome is that the image looks a lot more realistic with a black sky than it does with a "real" blue one. The Empire State image shows the power of having to be there on a certain day at certain time, when some random contrails seemed to have marked a certain point in the sky. You wouldn't believe it if you didn't get to see it. 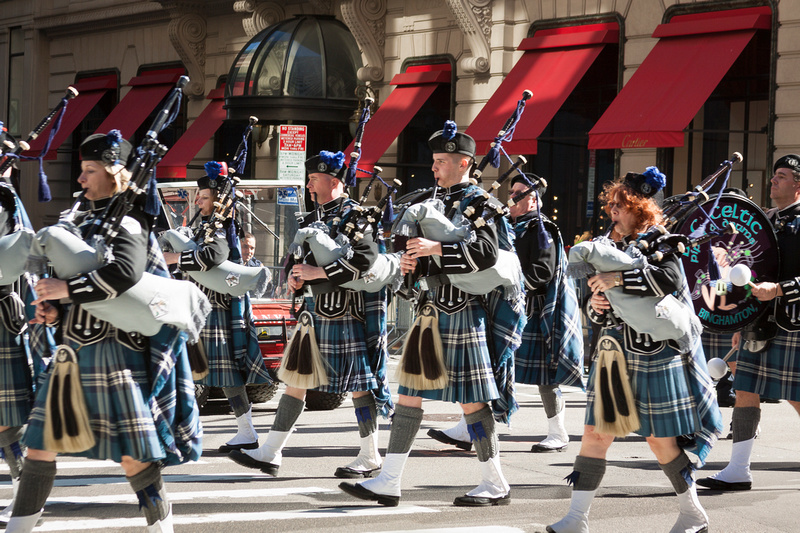 It happened to be St.Patrick's day, so you get a rare action shot by yours truly of a rare coed bagpiper squad. This was one of my few parade shots that came out at all; most of the rest of the day was spent trying to avoid the worst displays of drunken louts since I braved a soccer match in London in 1975. This parade featured a controversy over blessings at St. Patrick's, and of course my future daughter-in-law had something to say about it. 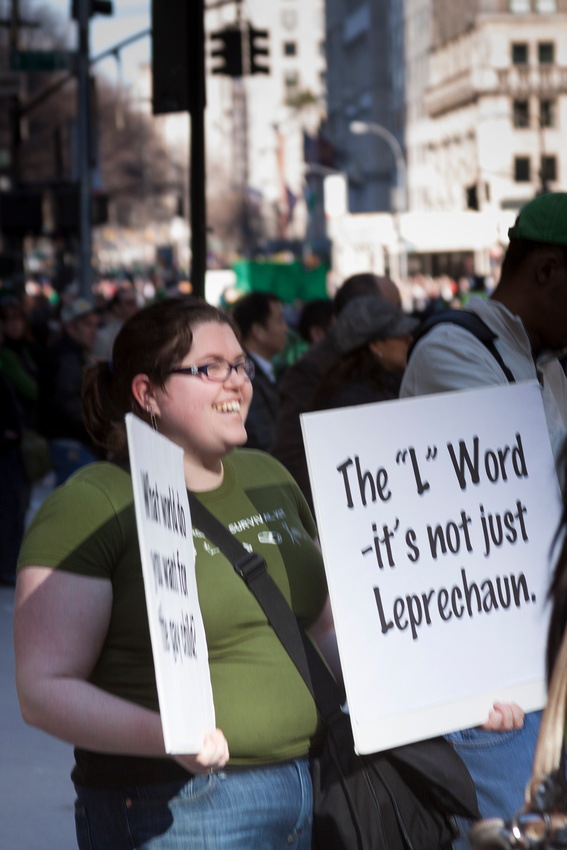 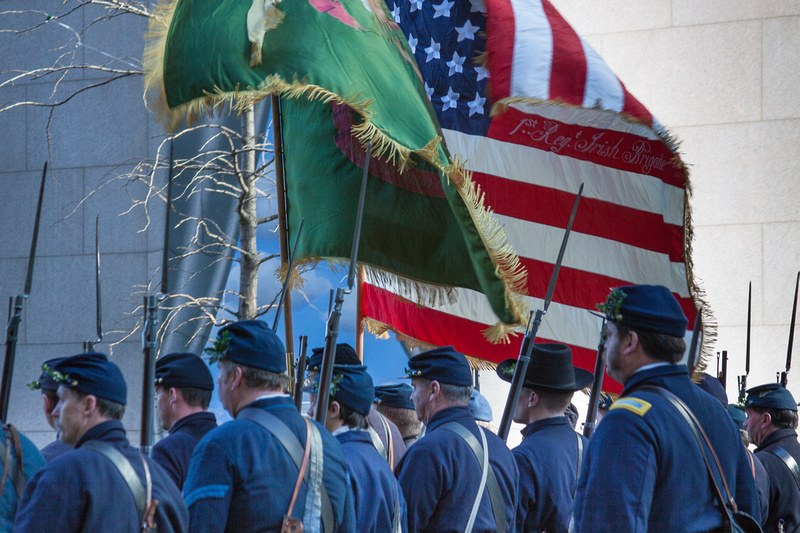 THE IRISH BRIGADE ON THE MARCH : FINAL VERSION

The Irish Brigade from the Civil War also made an appearance to honor their service for the Union. 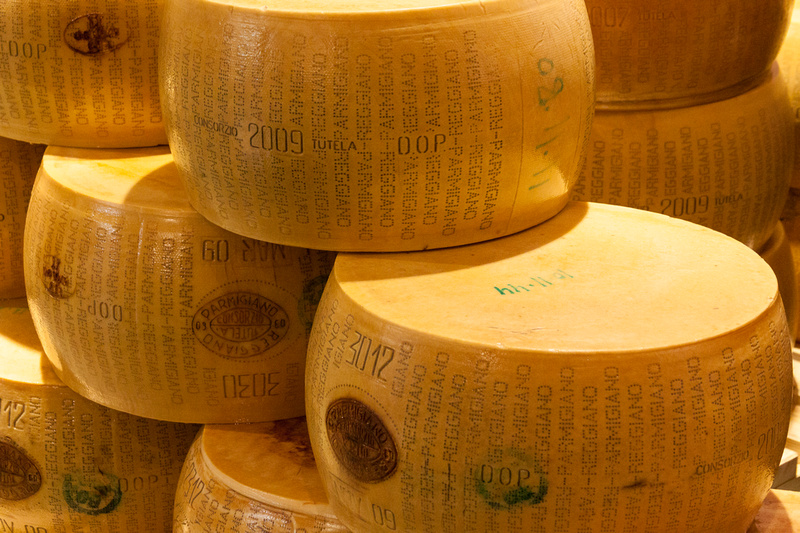 Public drunkenness was not the only addictive behavior on display - we also took in lunch at the newly opened celebration of all things Italian, which included this minor display of Parmigiano, which might constitute the entire supply available in most American cities. Again, this is before we had to deal with Batali's indiscretions. A simpler time. 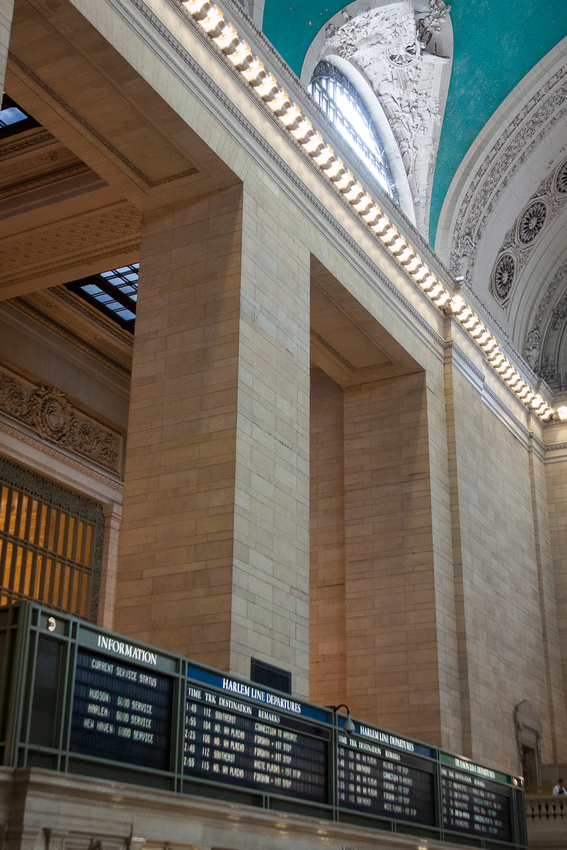 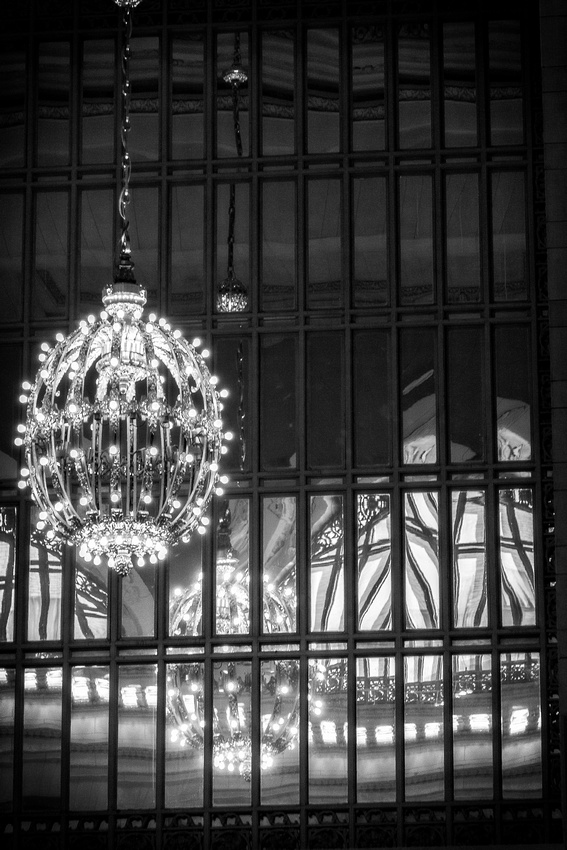 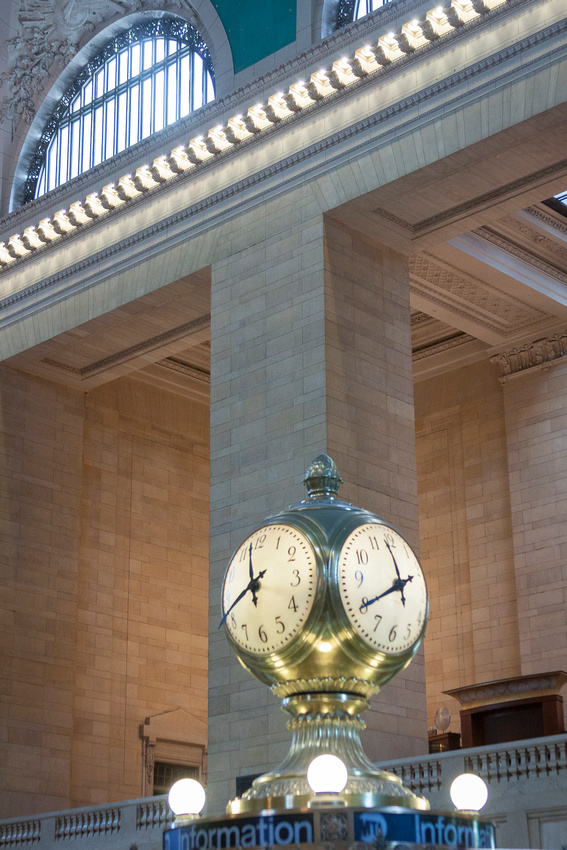 A New Yorker has a special relationship to the city's landmarks, especially after a lifetime away. There is no need for "the shot", since you have not only seen it duplicated thousands of times, but you have it implanted in your brain even if it was taken before your existence as a New Yorker. As Fran frequently reminds me, I never had to wait for "next year" because I hadn't yet been born. So our brief visit to Grand Central yielded these three snippets; only the last image has been seen since 2011. 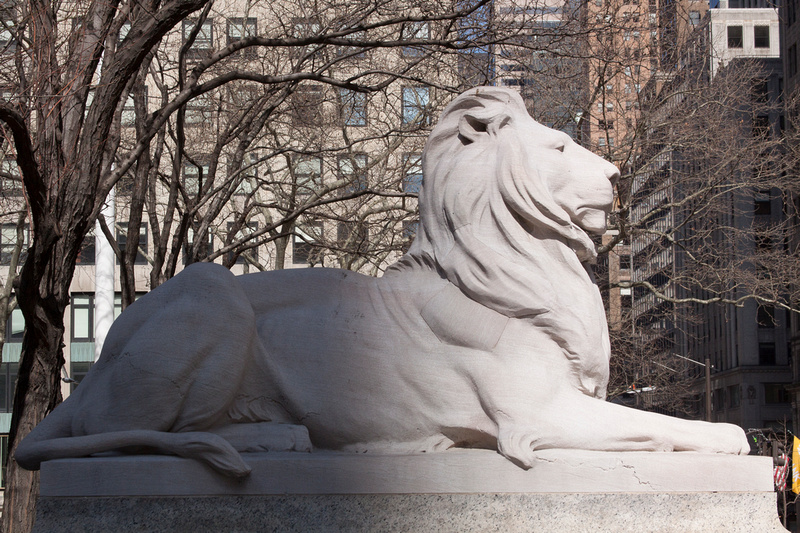 I have shown a square. black and white version of this guardian of the Main Library before, but I now find this full-length "tourist " version a more surrealist take on its appearance on Fifth Avenue. It just belongs there among the stores, offices, and apartments that are just as out-of-this world as the statue. 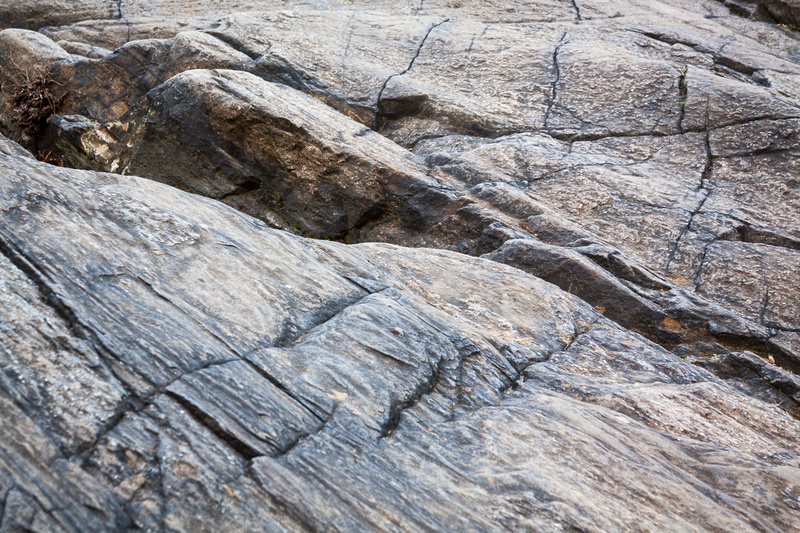 Now some landmarks are so personal as to defy translation. I have always been fascinated by the granite outcroppings in Central Park, perhaps the only "natural" things in that very contrived natural landscape. How many other places offer a potentially dangerous rock scramble within site of skyscrapers? There are only two more personal shots I can think of, and am almost sure I don't have, the view through the front subway car, which I am told is no longer available. The other is a detail of the steel-trimmed stairs encountered upon entering the subway; this tells me more than anything else than I am back in New York, and I better pick up the pace if this "corn boy" is to avoid being swept away in a tidal wave of urban angst. 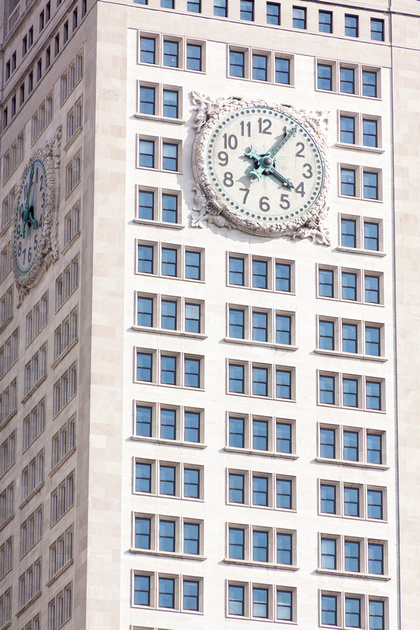 I always thought it was so helpful to be able to know the time even if your watch was a little inaccurate, and it seemed to connote a certain sense of adult responsibility if a company was willing to stand behind their clock. I only recently realized that I was old enough to remember the "Old Garden" even though it wasn't actually at Madison Square either. The name "Boom Boom Geoffrion" somehow appeared in my brain, and it took a trip to the Google to confirm to Fran that she shouldn't yet make a reservation for me at the Memory facility on Division Street. Of course the fact that she soon cited "Rod Gilbert" was no cause for worry. 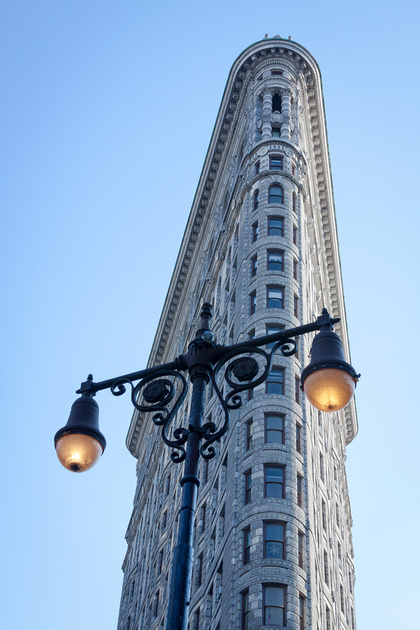 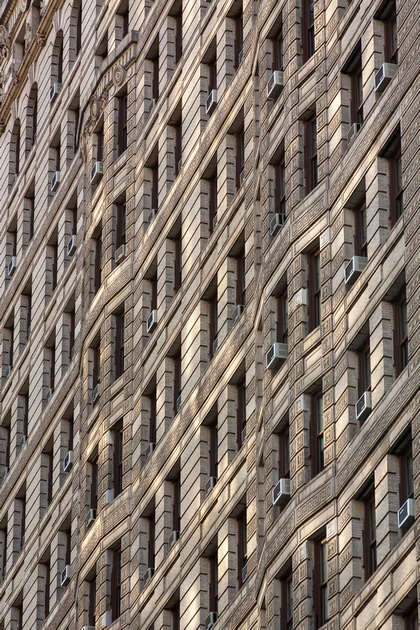 Here are two of my out-takes of the Flat Iron Building, which might be the most photographed building in New York, if not the world. In fact, one of favorite photo books ever is one coffee table volume which just contains images of the Flat Iron throughout the history of the history of the photographic medium itself. It's hard to find fault with my modest efforts if your competition includes Alfred Stieglitz in 1904. I especially like my black and white version of the side of the building, which of course is in color. The clouds have created a beautiful pattern which is enlivening the stone facade and its oh so subtle bay windows. It's only when you see the real black and white version that you appreciate the colors. 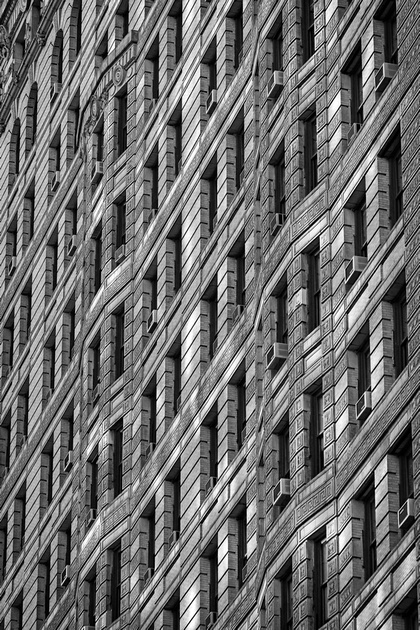 I would be remiss to leave out the other reason we were in town, to see the premiere of the Box Colony's one-and-only production on Broadway. To say that Fran and I were walking on air a few stories higher than the pavement as we sauntered down 45th Street past Daniel Radcliffe in one theater and Benjamin and Margaret's production a few buildings down was an understatement.

So I hope you enjoyed a walk in Manhattan with me eleven years ago. It pays to revisit some of the old photos you rejected many years ago, because some of them are in fact keepers. Every image can't be the "best" you took that day, but it can still be yours.