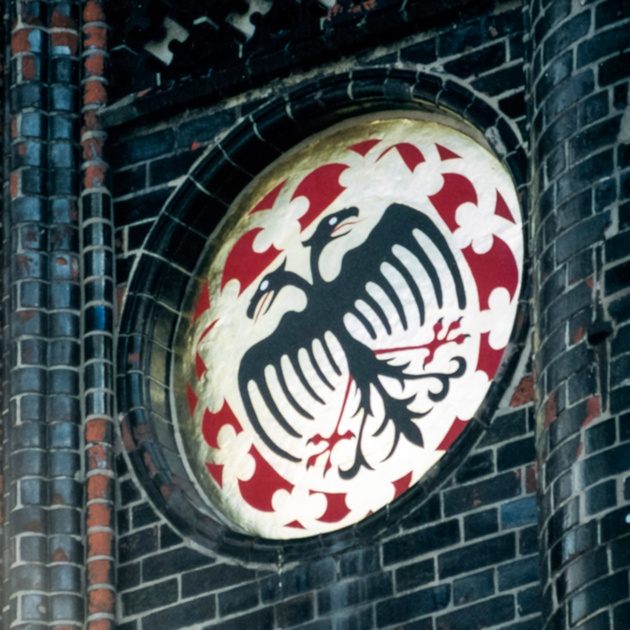 This week I would like to explore one way you can try to make your travel images much more personal. The natural tendency of most photographers is to concentrate on the top ten "money shots" of a particular location. While in my opinion that is a considerable advance on the selphie in front of a famous view, it is not a very satisfying way to document a trip. So grab the obvious shot, but concentrate on your particular way of seeing the world, which doesn't really change with a new venue. This can also help in overcoming the sensory overload that can accompany a new fantastic location. Restriction is frequently the mother of invention. After all, this is your trip - the standard images are all available on Instagram anyway, and it's really hard to believe that you can challenge a native photographer, who has the advantage of unlimited opportunities to take advantage of the season, the weather, and the light that will most certainly not occur on your once in a lifetime visit. So I would encourage you to make images that are as idiosyncratic as you are. 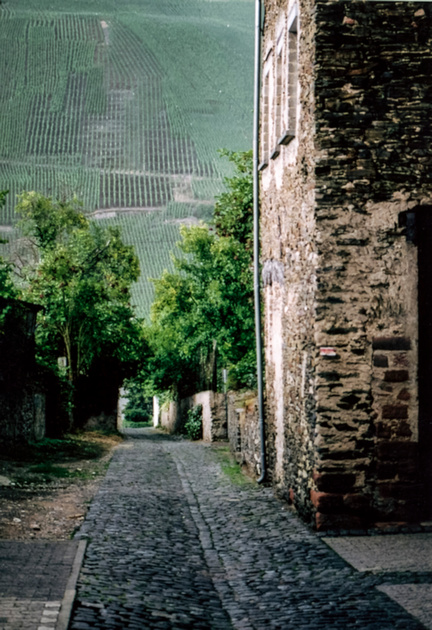 A VIEW FROM THE WINE VILLAGE : FINAL VERSION

These six images are all of very particular architectural details that caught my eye during a family trip across Germany in 2006. We had promised Benjamin a European journey before college, and like most good Jewish boys (!) he wanted to try out his German which he had taken for three years in high school. My love of German wine also didn't hurt. So we set out for Germany, where Benjamin learnt that most cafe conversations he could overhear and understand were not about philosophy. Fran and I were comfortable once we realized that most Germans seemed to be born after the war, and that the prevalent feeling we could discern was that most Germans attributed their comfortable present to our victory in 1945. America in 2006 still seemed to be the protective democratic big brother that had delivered freedom to the German people through defeat.

So in the spirit of recent books that promise historical insights by exploring a few artworks, or culinary dishes, or particular alcoholic drinks, an architect might try to explore a place through attention to architectural details. We started our trip in the wine country, staying in a room at a winery which had formerly only been a name on one of my favorite bottles of Riesling. Only a visit to a wine-growing area can provide the memories that will seal the deal. This initial image is really just a "typical" view of the village of Bernkastle-Wehlen in the Mosel wine region. The textures of the pavements and the stone houses set you up for strolls through the vineyards, where you can literally kick the slate on the ground that you taste in the bottle. The walk through the vineyard is usually only next to the vineyard, since that steep hill just beyond the town filled with vines is also typical. 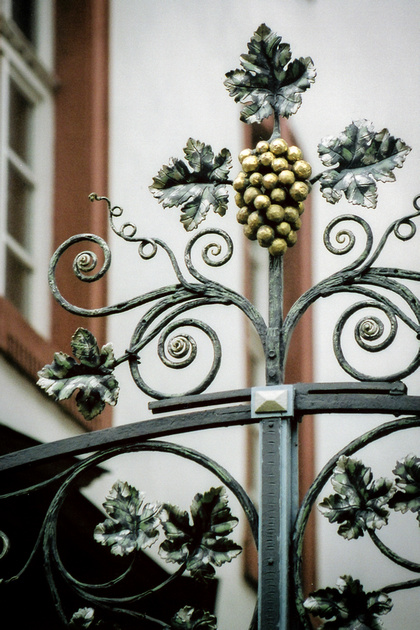 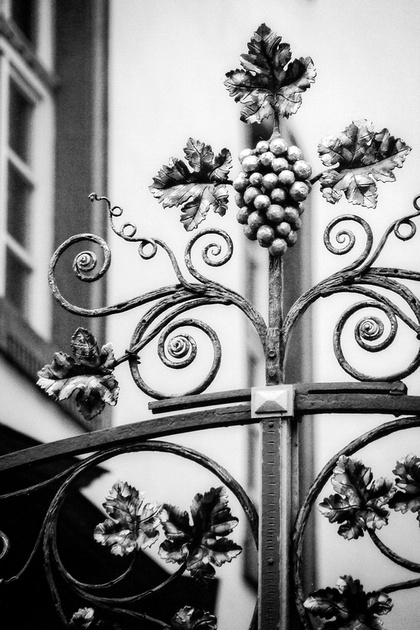 We stayed on the estate of S.A. Prum, "Eric the Red" for his thick red hair. He is a cousin of the most famous vintner in the Mosel, J.J. Prum.  This detail is from the gate of his mansion in the village.  J.J. obviously knows where his fortune comes from, and celebrates it on the imagery of his front gate. The best thing about Riesling is that until fairly recently I could afford most every bottle in the wine store, even J.J.'s, because my tastes were out of the ordinary. Visiting the vineyards reinforced the truth that most of the wine labels probably represented only a very small portion of the hills out of town. As usual, the black and white version heightens the gate details at the loss of the "green" grapes and some separation from the windows beyond. 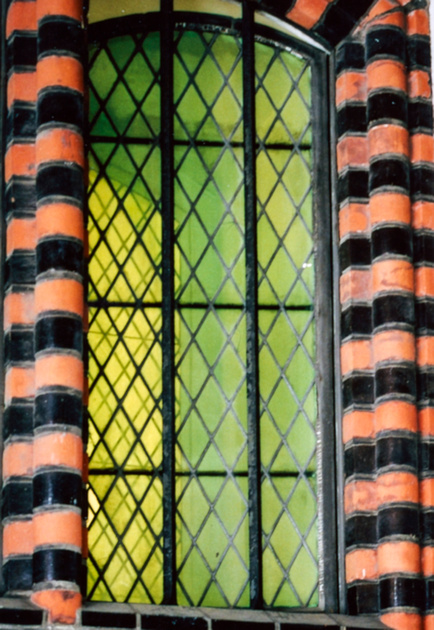 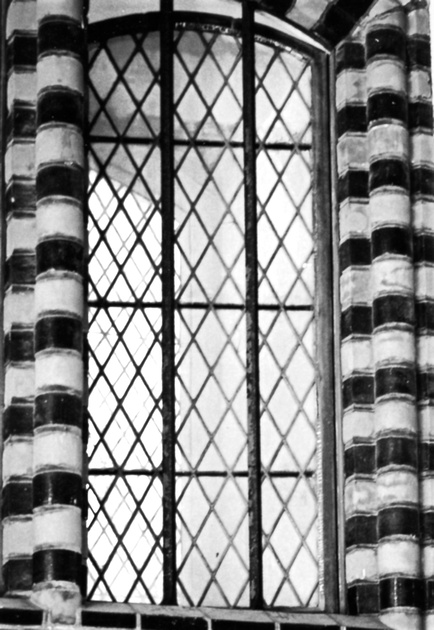 The Germans had an unusual love of color for a Northern European country. While this Medieval window was certainly not typical, it was far from unique. Frequently the prevalent ornament seemed to be a variety of colors of the materials used for the stone or brick walls, or the roof tiles, rather than sculptural ornament. It occurred to me that Germans held to a belief that you had to build a building anyway, so why not achieve some distinction by just using more crayons in the box. Since these color combinations are sometimes not very subtle, even the black and white version highlights the contrast in the masonry, although those incredible interior colors are lost behind the windows.

Sometimes only a color version will do, like on this detail of the cathedral in Lubeck, on the Baltic coast. As part of the Medieval Hanseatic League, a Baltic confederation that predates modern Germany by centuries, Lubeck built most of the city, including its cathedral, not with stone but with very elaborate brickwork. The bricks just go on and on, realizing all of the details, and some new ones, that we are used to seeing realized in stone. Throw in some painted symbols, and you get a very unusual cathedral. 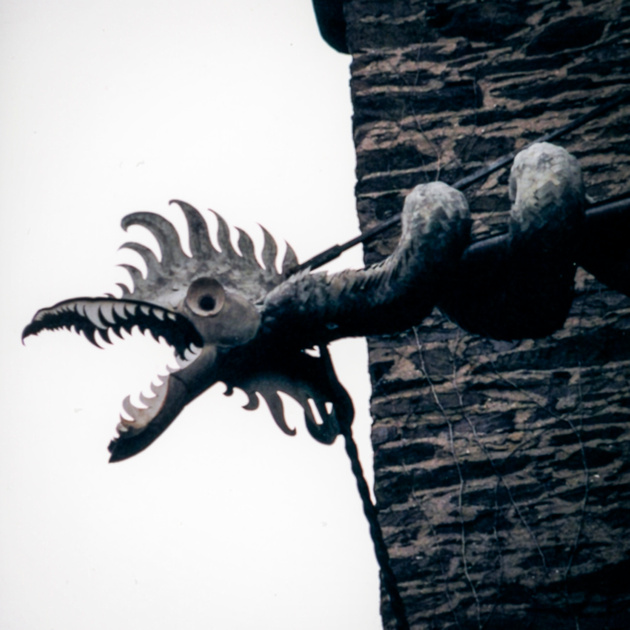 SHIVERS UP YOUR SPINE : FINAL VERSION

The detailing can sometimes even scare you. Just because you don't have sculptured stone gargoyles doesn't mean you can't achieve horror in metal flying off a building. When you don't introduce color in Northern Europe, you can achieve a color photo that might as well be in black and white. In any case, the mood is just as grim. 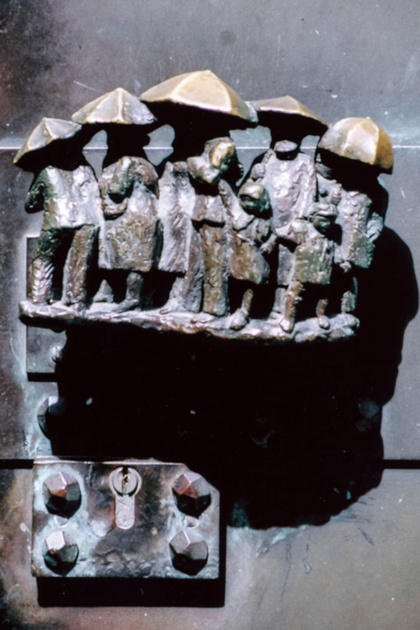 The German attention to detail can extend into art for art's sake, such as this door handle. When you merely open a door you can explore the history of a rain-drenched town. Hundreds of years of door-opening have burnished those bronze umbrellas to a sheen which shows you where to touch the handle. 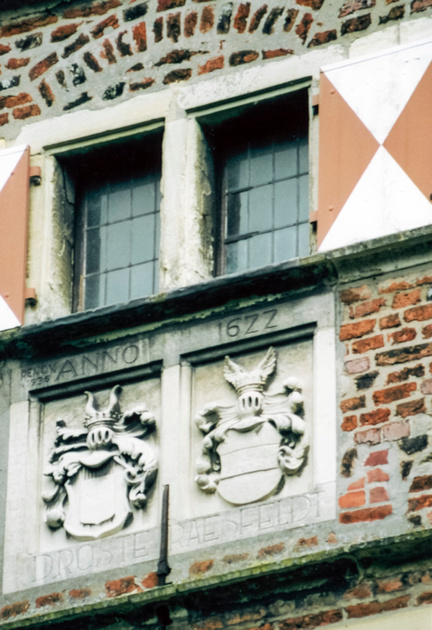 This last image illustrates the historical layers present in this country, far older than the modern German nation. Many structures, ranging from houses to cathedrals, will cite the date of construction right on the edifice, celebrating their erection hundreds of years after their birth. It seems to be a natural belief that this structure will never disappear. Notice that this castle was renovated in 1936, before most of the older buildings in German cities, whose urban renewal was due to Bomber Command by night and the Eighth Army Air Force by day.

I hope you have enjoyed this brief journey through German history through six details, and encourage you to pursue your own individual photographic journeys the next time you visit somewhere new.