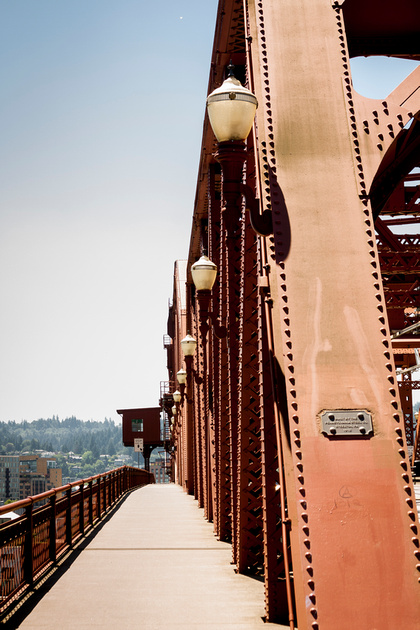 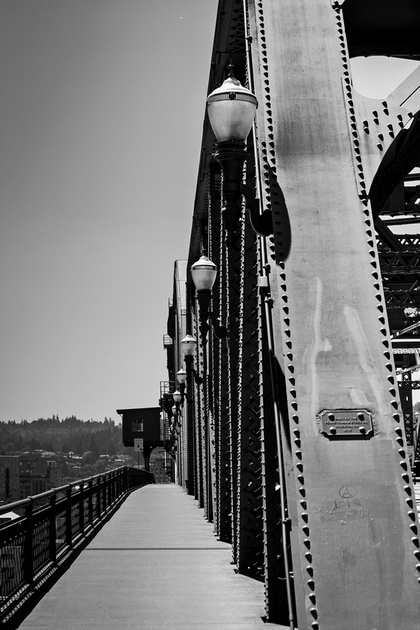 A couple of weeks ago I resumed my exercise regimin, such as it is, by walking across another of Portland's bridges over the Willamette.  The Broadway Bridge was built in 1913 during Portland's bridge boom, when the city fathers were consolidating the takeover of East Portland by replacing the ferries with bridges and more importantly, carrying the streetcar lines across the river which would allow for real development of the Eastside of the larger city. Portland had grown in 1898 in exactly the same way as New York City, by annexing the city across the river. The ramifications were certainly not as great, since Brooklyn had been the fourth largest city in the nation when it became part of Gotham. 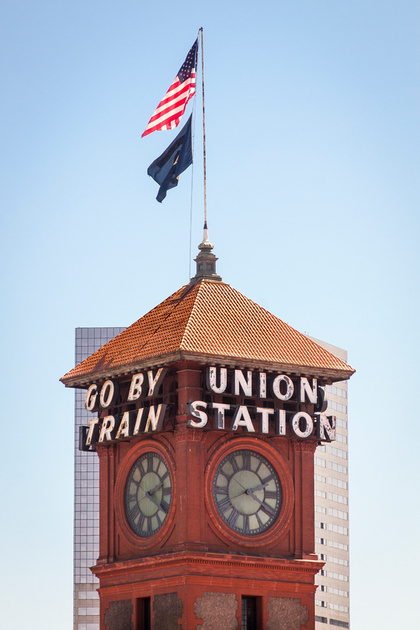 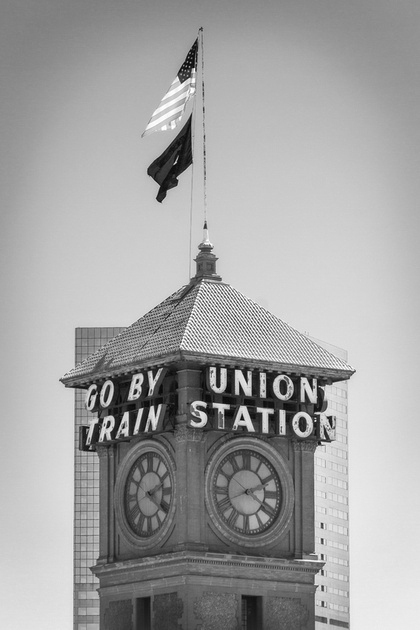 The Broadway Bridge was named for the street it carried over the river, which had been named after New York's Broadway in the 1850's when East Portland was first platted out on farmland east of the river. What is interesting is that 7th Avenue in Downtown Portland on the West side was renamed Broadway because it connected to the new bridge, and subsequently became a smaller copy of New York's Broadway with theaters, nightlife, and a lighting scheme that can charitably be described as gaudy. This renaming was only as confusing as the 90 degree shift of the street from East-West to North-South when it crossed the Willamette. 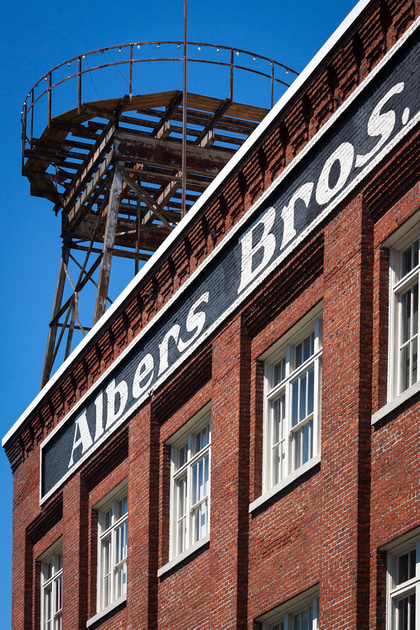 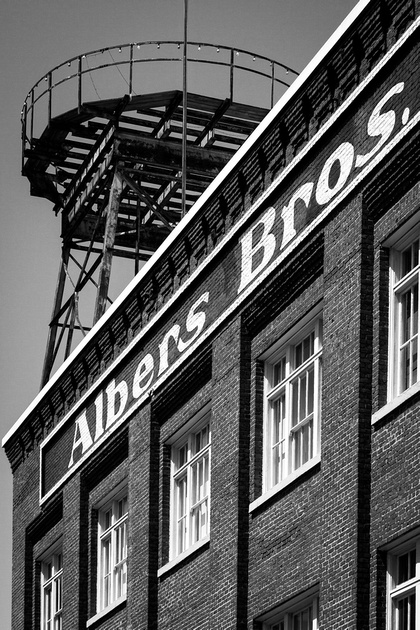 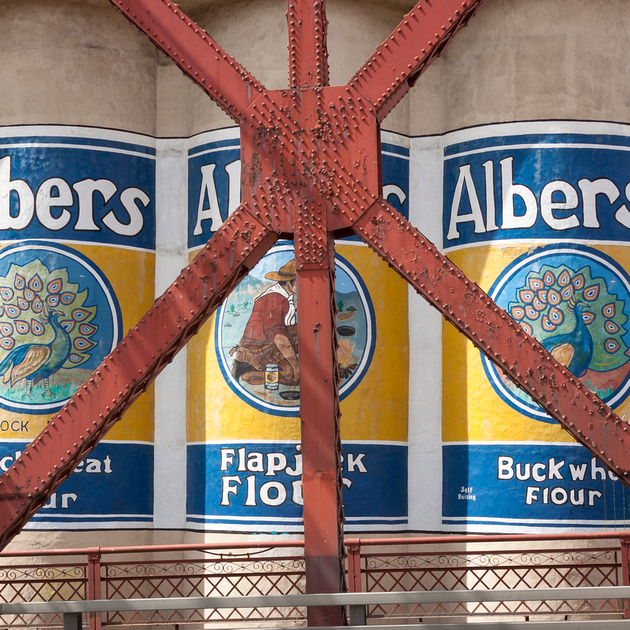 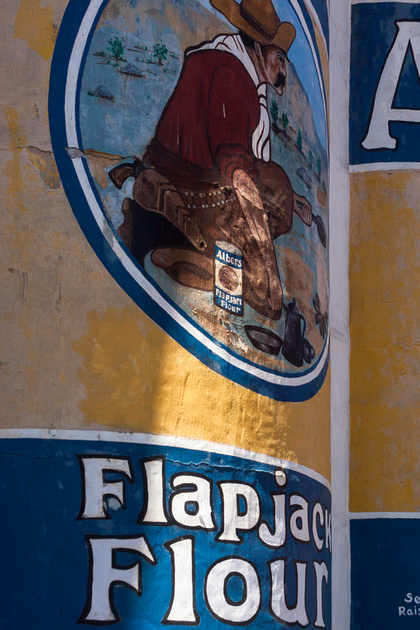 Walking across the bridge is a pleasant excursion, marred only by the relatively bare moonscape of the road just east of the river, caused by the lack of street life near the Rose Garden parking lots. Yes, the Rose Garden now has a different corporate name, but we must fight the power. The only bright spot on this portion of the street is this sculptural, if somewhat non-functional transit shelter at the Streetcar stop near the East end of the bridge. The 1% for Art shelter was designed by Jorge Pardo and built in 2013. 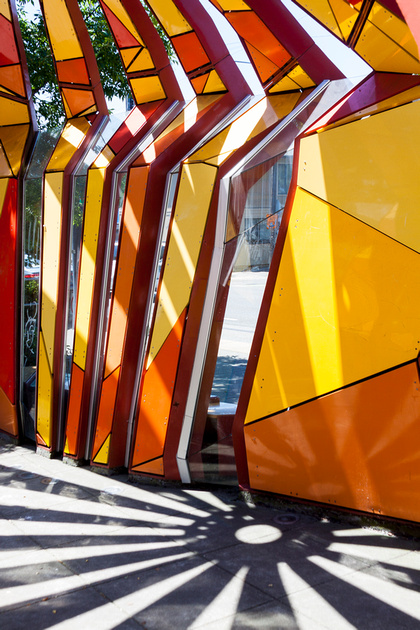 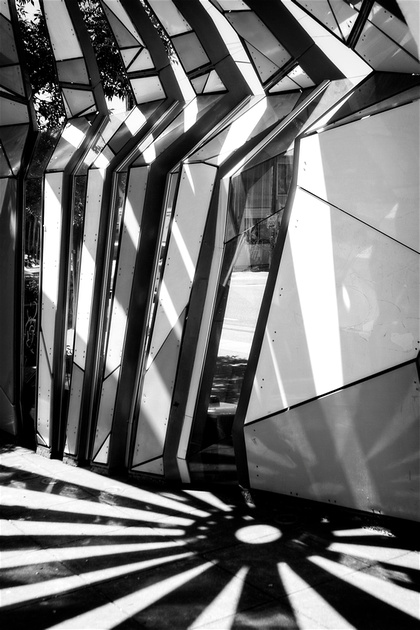 NOT JUST ANOTHER TRANSIT SHELTER : FINAL AND B&W VERSION

The bridge, now 119 years old, is an historic structure known as a Rall-type Bascule bridge, whose lift span of 278 feet is the longest of its type in the world. For the non-engineers out there, it basically means that the counterweights pivot and slide rather than go up and down, so the Broadway Bridge doesn't have towers like the Hawthorne and the Steel Bridge, and the lift span doesn't stand out from the other four portions of the bridge, which extend 1742 feet across the river. The lift span confounds commuters about once a day. Parts for the bridge have to be custom-made, since the mechanism is so unique. 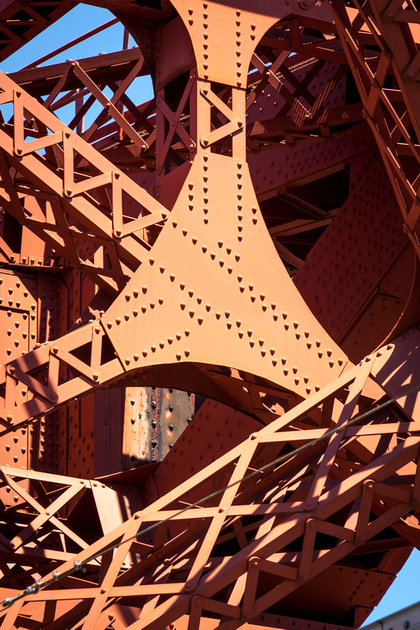 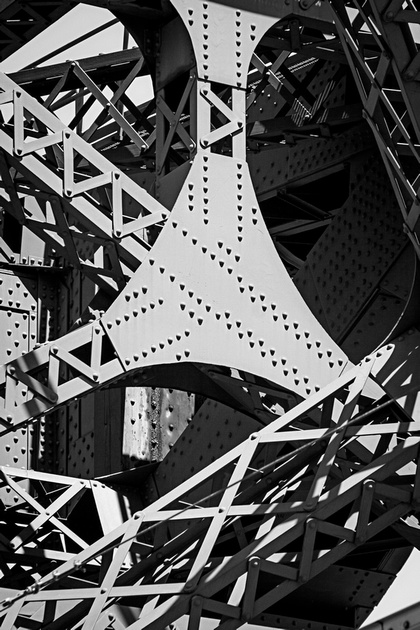 The bridge was painted black, just like the Steel Bridge, until 1961, when the powers that be decided that each of Portland's bridges should be painted a different color. "Golden Gate Red", also known as "International Orange", was chosen for the Broadway, and it is similar if not identical to its more famous cousin in San Francisco. We recently painted our house a similar red/orange, which is one of the hardest in the family to find in the paint swatch book. In fact, most oranges are not recommended for exterior paint due to excessive fading, but the "City that Works" knows best. The bridge has certainly faded a little since it was last repainted a dozen years ago, but everyone loves the color even if they can't quite define it. 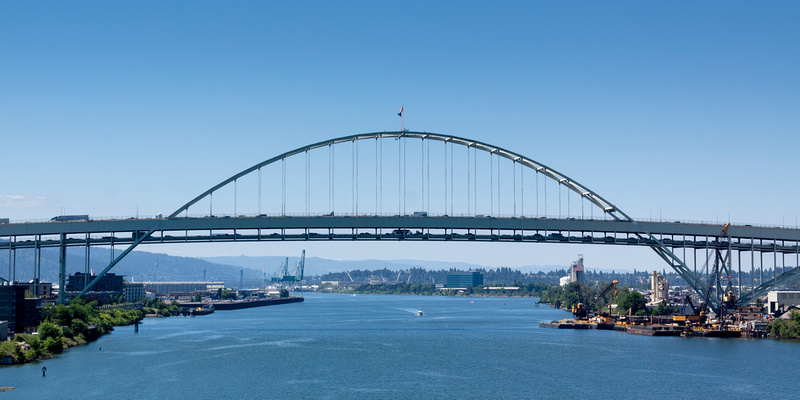 These truss bridges were certainly Benjamin's favorites when he was a youngster, because of their complicated and seemingly inexplicable steel geometries, with girders and connections galore. He christined them "Dinosaur Bridges" after his childhood obsession, maybe because they were as ungainly as they were obviously antiquated.