THE GARDENS OF SOUTHEAST PORTLAND 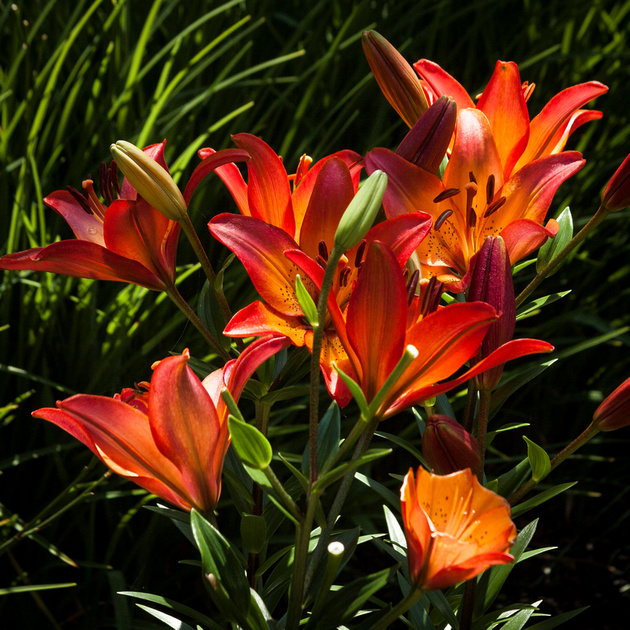 This week I would like to exhibit and discuss the strategies behind another batch of images that I have rescued from my archives. They all show the beauty available in the gardens of Southeast Portland. These range from neighborhood front yards to the incredible Portland Rhododendron Garden near Reed College. One of the delights I have in doing this blog is that it gives me the opportunity to tell a story with images that really have no chance of ever making an impact on my sales at the Market. While all of my work is "personal", there are some images that do not have any commercial potential at all, despite their artistic value - either because I have a "better" shot, or that the apparent subject does not scream at the viewer. Of course this is all in my humble opinion, and should be taken with a grain of Kosher salt. 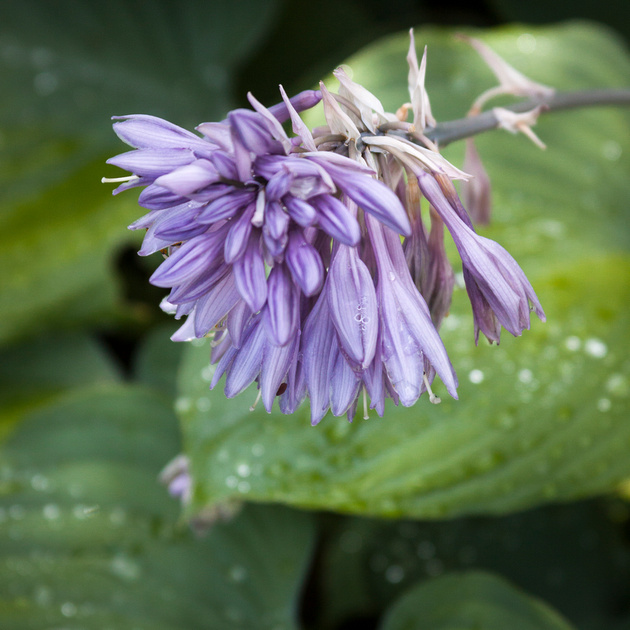 I will repeat my main rules for garden imagery:

1. Get closer - think like an insect, not like a human casually viewing a plant from six feet away. Do not be afraid of not including the entire plant, or even the entire blossom. With my zoom lens I have discovered that I can fool the "minimum distance" limitations of the lens by first focusing on the wide end, then zooming in to take the image I really wanted; sometimes it helps to turn off auto focus after the initial long-range focus so the lens will not try to refocus and tell you that you are too close. My lens actually allows you to tweak auto focus manually, which makes this far easier. 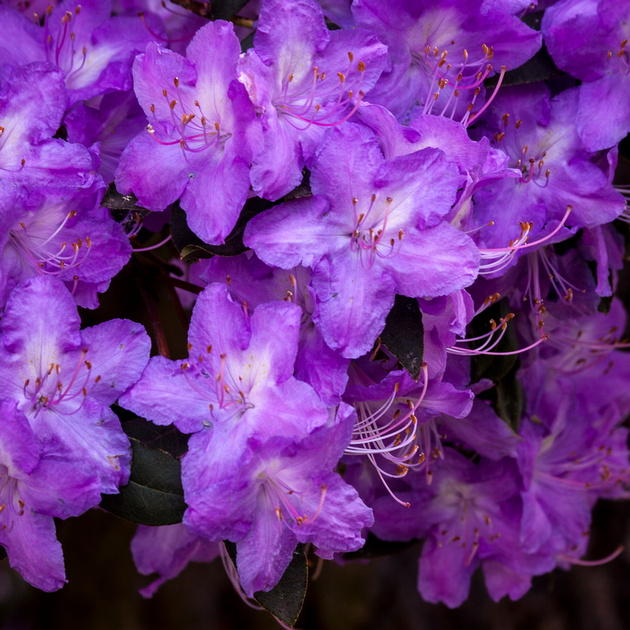 2. Search for calm backgrounds. Flowers are like supermodels - you do not want the background to compete with the subject. While you should be using a wide aperture on your lens to soften the background, it pays even more to adjust your framing if at all possible to achieve as "clean" a background as possible. 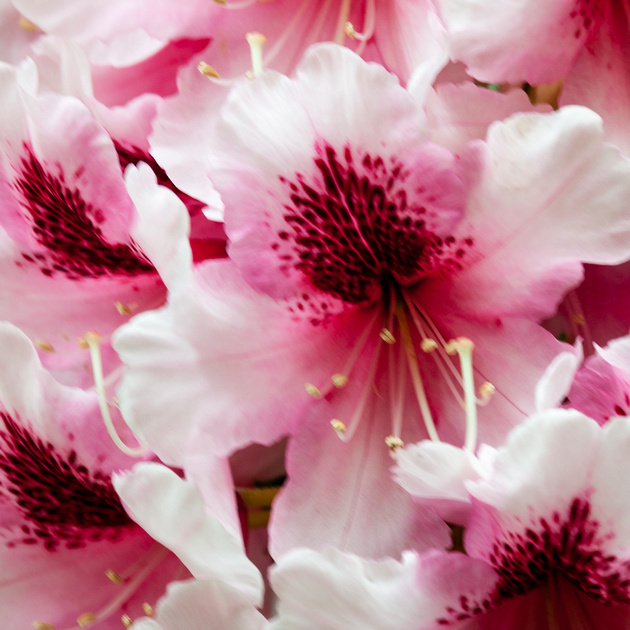 SHOW OFF (LILY OF THE INCAS) : FINAL VERSION

3. You are not making a documentary photo - they have all been taken. Use exposure controls to place as much emphasis on your subject as possible. Subtly lighten and saturate the subject, while de-saturating and darkening the background. Think of it as giving nature a helping hand, since flowers are almost always lighter and more colorful than their surroundings, so that the pollinators can easily find them. 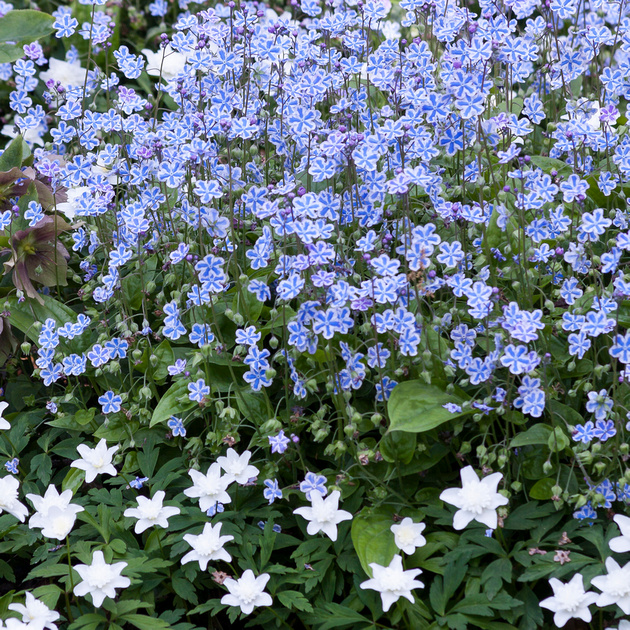 4. Try for the shade. While it might be fun to be out and about on a sunny day, your camera cannot handle drastic differences in light and shadow as well as your eyes, especially on a blossom. It just gets confusing, and like most portraits of people, flowers look better in a quiet light. You can literally achieve this often by just shielding the flower with your own body. Overcast skies work better than direct sunlight for garden imagery, which gives Portland photographers a built-in advantage. The exception to this rule (there's always an exception) is if you can use back lighting, with the Sun hidden behind the foliage and shining through to highlight the colors and structure. 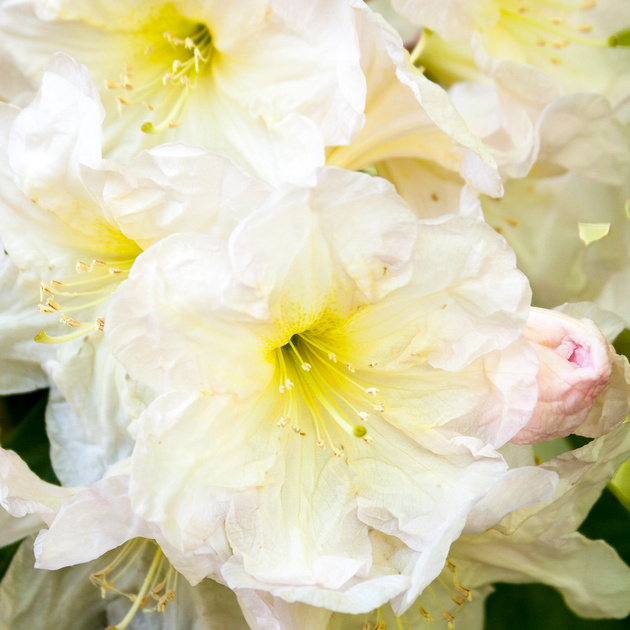 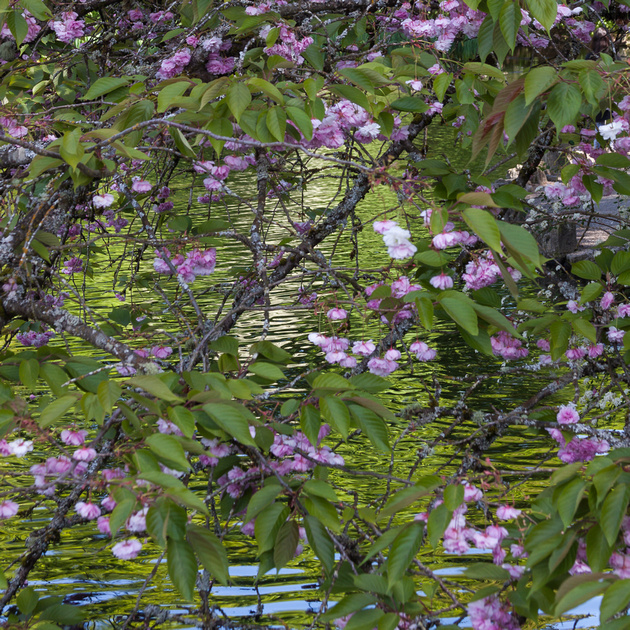 VIOLATING MY OWN RULES : FINAL VERSION

Sometimes I violate my own rules. This image lacks a clear focus and is on the edge of shear confusion. Yet I delight in the complexity of a real bush, and I like the banded water background even more. This type of garden imagery is very difficult to pull off, and maybe it doesn't really work, but I like it anyway.

If you think of your garden photos as color studies, you are more than halfway there. You are reacting to the beauty of the subject, not the subject itself. While it might be an exaggeration to say that the subject doesn't matter at all, think in graphic terms - it just happens to be a flower. My photos try to be about color, or texture, or shape. Even when I'm just overwhelmed by the structure of a blossom, I hope that the photo is about natural structure rather than about that flower. When you convert to black and white, you are further emphasizing the power of contrast and detail - and again separating the subject from its environment. While it might seem perverse to render a flower in black and white when the subject is "all about" color, I am frequently surprised at how effective a black and white version can render the beauty of a garden scene. 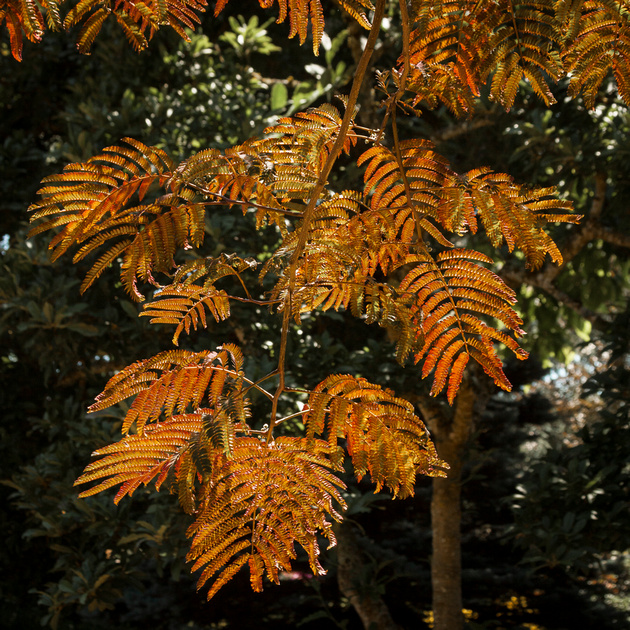 It is not about the gear. Your iPhone can beat an advanced "real camera" at this type of imagery hands down, at least until you spend $2000  on a camera and another $1000 or so on a macro lens. Just try to make sure that the phone is focusing on the flower, and that it is exposing for the flower. Once you post-process the image any viewer would be lying if they thought they could pick out the iPhone photo, at least until you tried to blow it up to fill a wall. 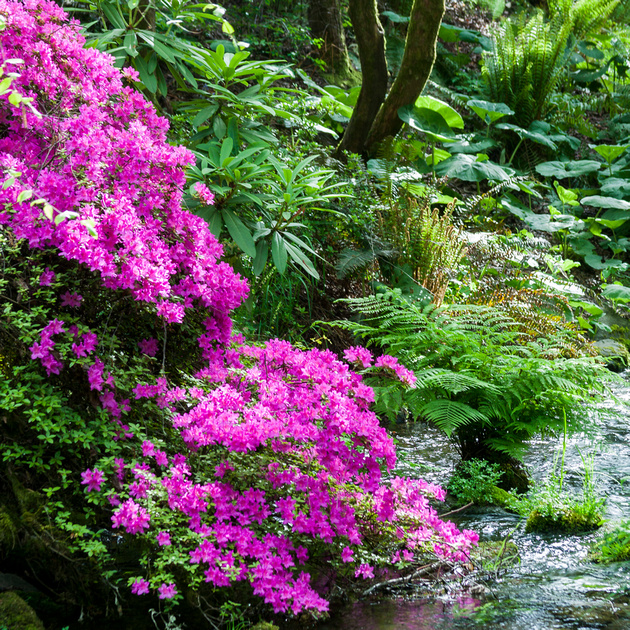 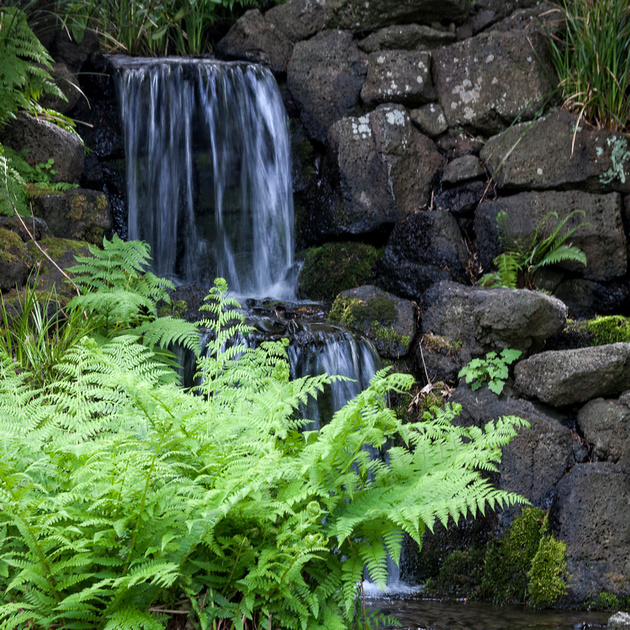 I find that concentration on small parts of a grand garden can inspire the idea that you could try for a similar vignette in your own garden, although that might be just wishful thinking. 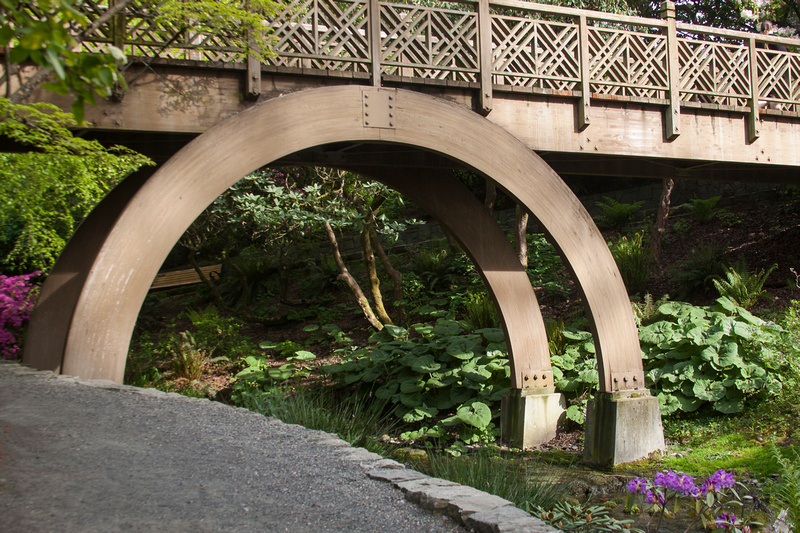 Then again, somethings just can't be duplicated at home - that's one of the reasons these places can be world famous, beyond the plantings. 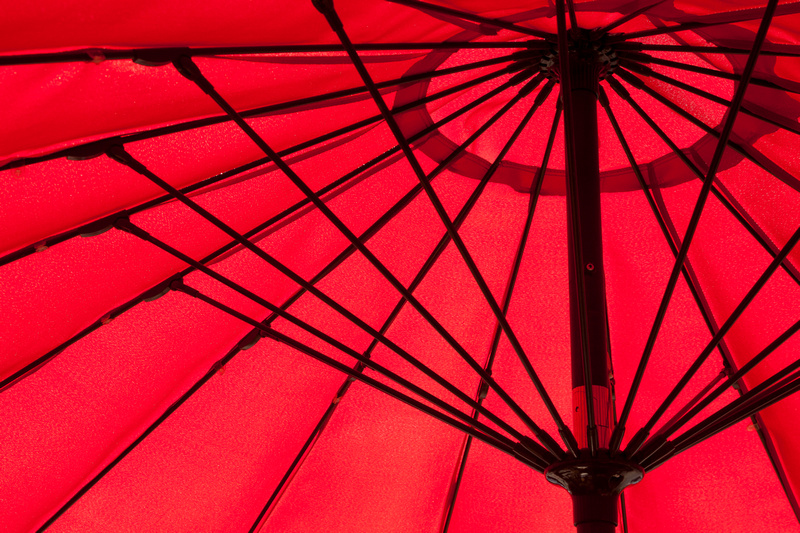 GARDEN UMBRELLA COLOR STUDY : IT'S NOT ALL ABOUT THE FLOWERS

I hope these images can inspire you to try your hand at some personal floral imagery. Remember that you are not the gardener - you do not have to know what type of flower you are admiring in order to express your admiration in an image. Google is more than happy to tell you what you just shot, and supply the documentary image you are trying to surmount. And weeding is not required for garden appreciation.