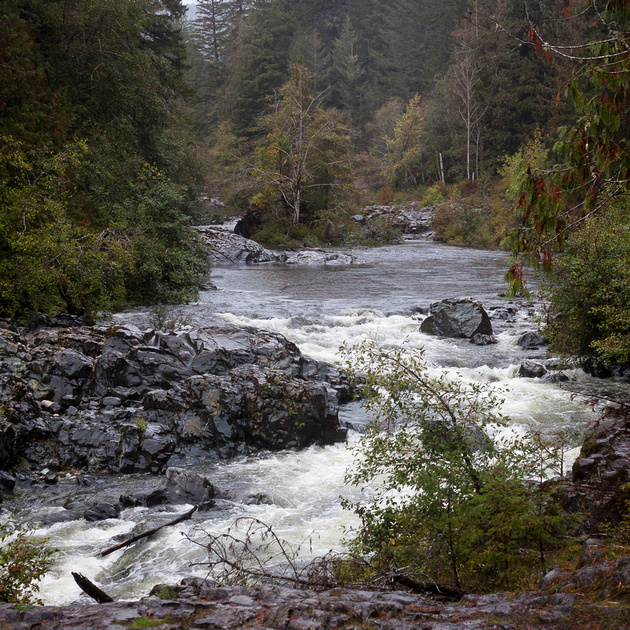 This week I'd like to wrap up the coverage of my foray into British Columbia that I started last week. Fran and I had a wonderful time in a small town called Sooke, about 35 miles west of Victoria on Vancouver Island. It was wonderful getting out and seeing something new beyond Portland and our usual vacation spots. Vacation imagery holds many rewards but also contains the seeds of a few problems. Sensory overload of new opportunities is balanced by the twin problems of taking the same shots you have already seen on Instagram, and the feeling that you are just skimming the surface, which is of course true. One also wants to actually experience the place, as opposed to just covering it, since you are not currently on assignment for National Geographic. Also traveling with your significant other usually precludes getting up at dawn, etc., which one would do as a "proper landscape photographer." With these qualifications in mind, I'd like to again suggest a few tactics that will allow you to bag some keepers on your next trip. 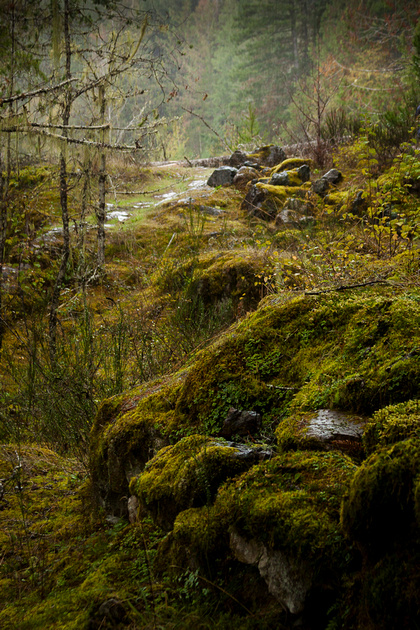 These first two images, and the majority of the rest of this week's photos, were taken on a beautiful hike in the woods along the Sooke River about ten miles north of town. The river, which will eventually meets the Pacific at Sooke Bay, runs through a series of small waterfalls and rapids into pools (Potholes) that supposedly function as swimming holes in the summer. Swimming or not, it's a beautiful trail, even in a light rain that kept most people away. Sometimes, as in the first image, the river widens the channel, while often it is more gorge-like when it meets granite deposits. The second image shows what you can get on the way to the overlook, which is frequently more interesting than the overlook itself. 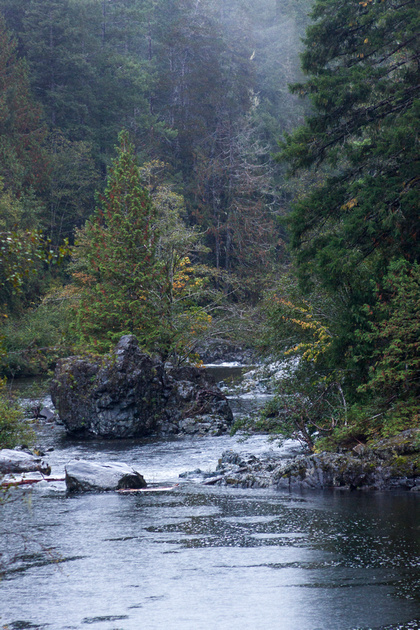 One strategy for finding new imagery is to frame the scene in a different way; a horizontal, vertical, or square crop will emphasize different aspects of the same scene. This island is at the center of the first image in this series - here it is the center of attention in a vertical image. Everyone has a different way of looking at the world, and I tend to the more distinct detail at the risk of losing the context. But remember, you are foremost making these images for yourself, and don't need to make any excuses for your particular vision. You aren't selling them, and your only obligation is making the best images out of the ones you see, even if most people might ignore that scene. 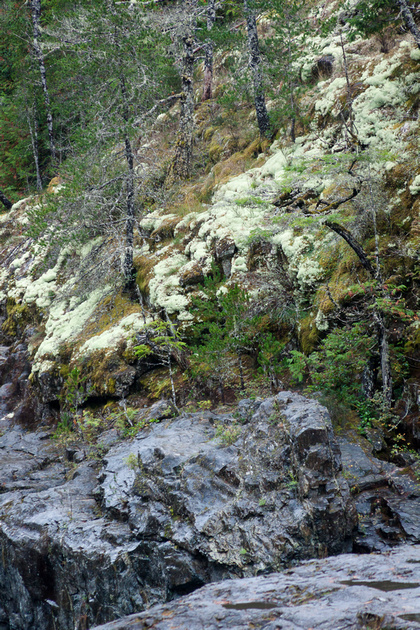 Feel free to ignore the actual river in pursuit of subjects, since I wasn't going to risk life and limb in the rain on those slippery rocks to view the water in that narrow channel. 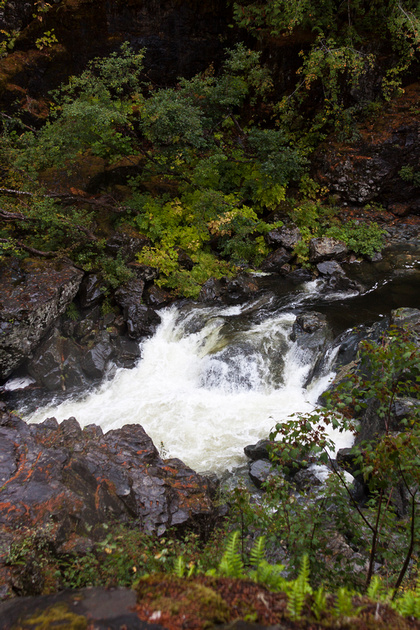 But sometimes a pothole is clearly a pothole, and deserves respect as such. It's important to get as much detail in the original capture, (exposing to the right of the histogram without clipping the highlights) so that you can deepen the exposure in post processing to keep water detail while brightening up the deeper tones of the forest to reveal details like the changing vegetation and the red leaves on the rocks. 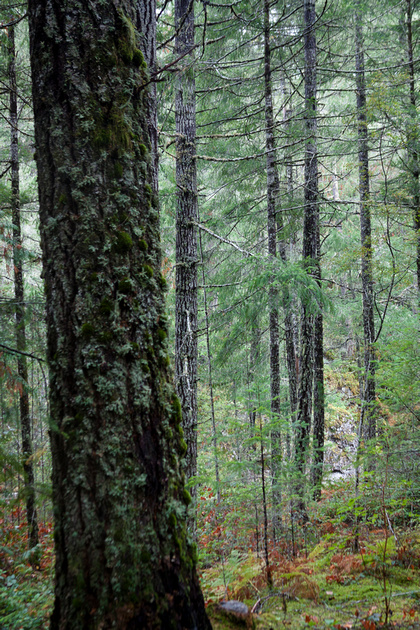 Try to not forget the forest for the trees, or whatever. Yes, only I might remember that this image was taken on the Sooke Pothole Trail, but does that really matter? Can't it just say "Pacific Northwest" without being any more specific? And do I need a passport to show the image even though I needed one to take it? 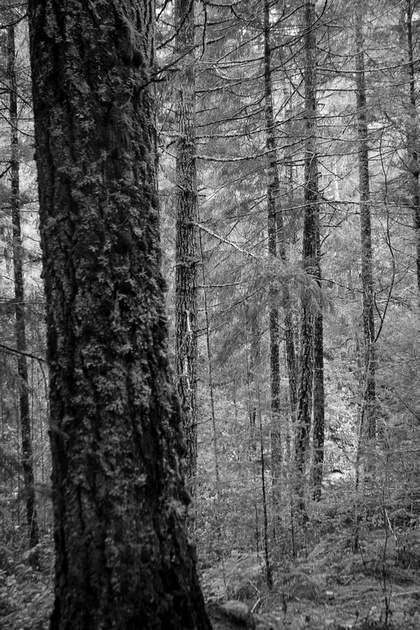 Remove the color and you get a different interpretation of the same scene. This is another way to find new images in new places. Black and white has taken away any early Fall ambience in favor of more detail in the leaves of the forest. 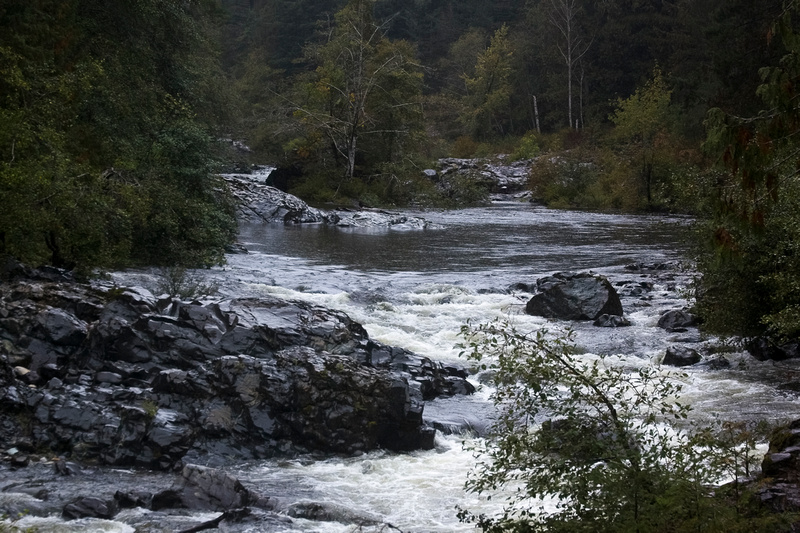 This version of the scene was the original, standard horizontal view. The first image in this essay was a second version, a panorama. Just because you create a panorama doesn't mean it has to appear as a panorama. The first image subtly expands the scope further up into the forest. This allows me to widen the scene without using a wide angle lens. 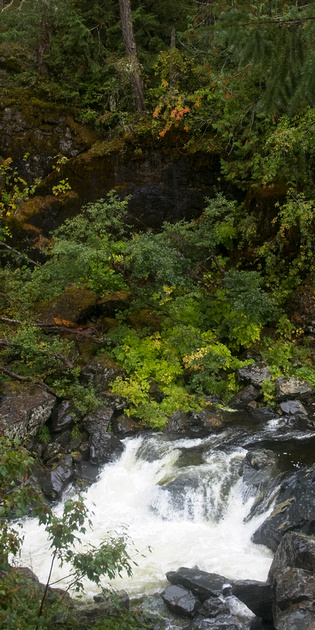 When you are out in the field try to experiment with different techniques when confronting a scene. I happen to like this vertical panorama, which puts the pothole into it's context in the forest while ignoring the horizontal context of the river. It reminds me of the Japanese screens which I admire, which encompass the whole without fiddling with perspective. 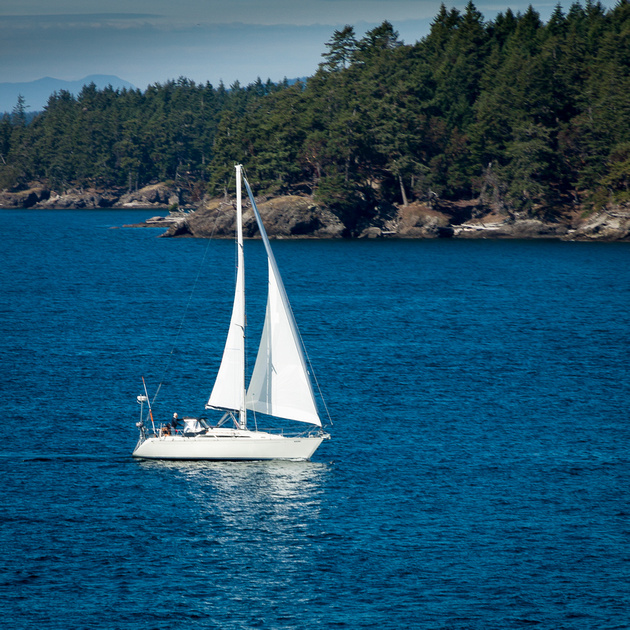 Another solution for vacation imagery is to experiment with a subject normally not available in your usual environment. This image is not going to be a cover shot on a yachting magazine, but I could practice my timing in taking a moving subject, which is not usually in my wheelhouse. After some post processing, it's a credible effort, with a nice reflection in the water and shadows on the sails. 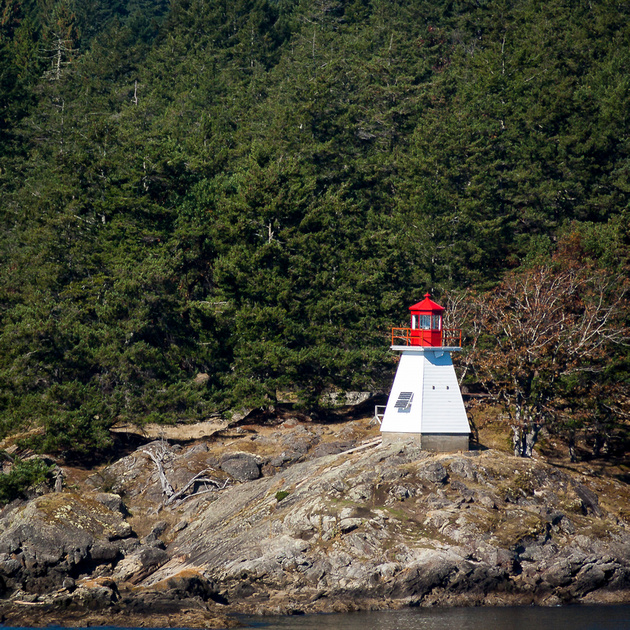 LIGHTHOUSES CAN BE CUTE TOO : FINAL VERSION

By removing most scale indications in this view of this lighthouse, I have further confounded any sense of scale in this image. The actual lighthouse looked so small on its island that it looked like it belonged on a miniature golf course. For a lighthouse, it is small, maybe two stories tall - notice the rail around the red top. The surprise I felt was only when I realized that it was an actual lighthouse and not some whimsical lawn ornament. 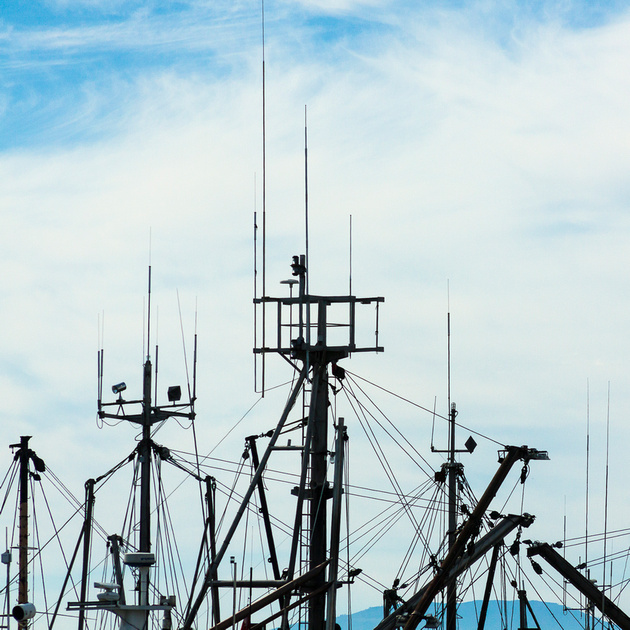 A FOREST OF MASTS : FINAL VERSION

These masts caught my eye, even if the overall view of the boats at the marina was too confusing. It's not an image for every one, but it is to my taste. The near silhouette further simplifies the scene. 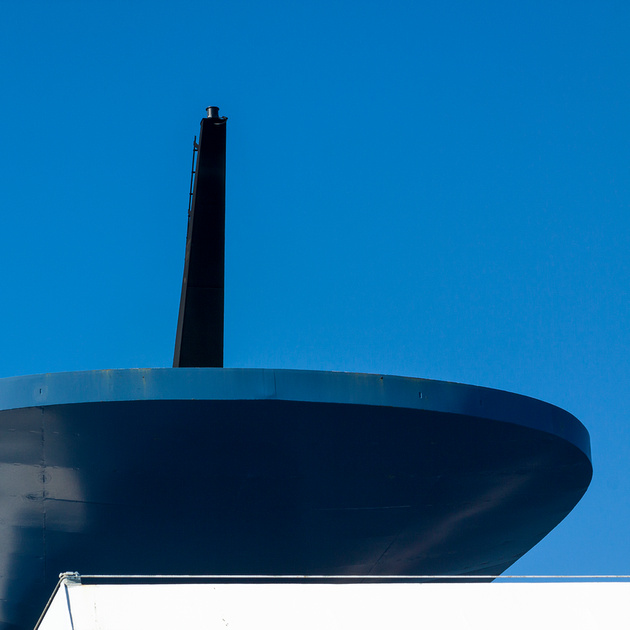 These four images show that you do not have to abandon your point of view even if you are on vacation. I was willing to capture imagery on a beautiful ferry ride that might not appeal to most of the people on that ferry. That's okay. It's my imagery, and it's your imagery that you take on your vacation.