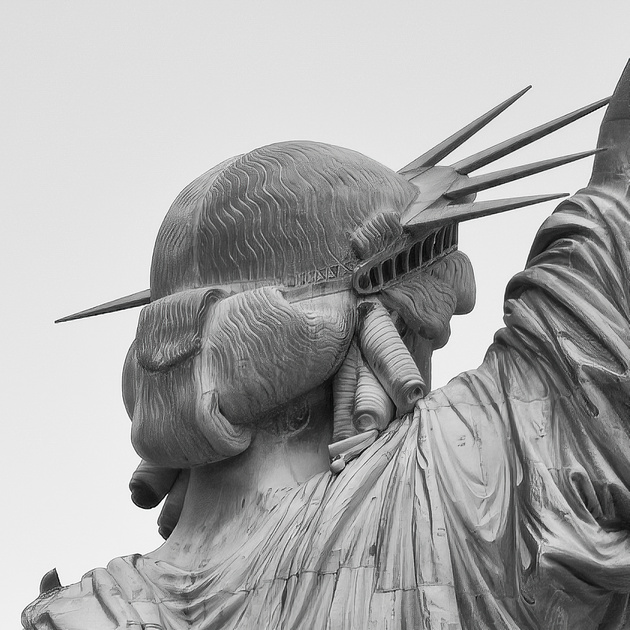 LOVE THE BANANA CURLS! : NEW ENLARGEMENT THIS YEAR OF 2012 PHOTO

This week I would like to deliver my annual report for my art business, which continues to astound me in  the incredible way it really doesn't make any sense. The more I try to be a better businessman, I seem to only succeed in being a better artist - the bottom line doesn't really change much at all. But I thought that some of you might be amused at my efforts, so I will share some of this year's round-number preliminary statistics. Since the State of Oregon finally delivered my tax refund this week, a mere eight months after I filed it in April, I don't think that anyone should mind if I make a first stab at assessing my year. The images in this annual report are my first attempt to determine my best images of the year. These 25 images survived an initial selection of about sixty out of 1300 photos I took or worked on this year. About half are "new" images that have little to do with the initial snapshots I might have taken a decade ago. This selection is pretty personal and few have had any impact on my sales - but they are this year's answer to "which one's do you like best?" Your mileage may differ. 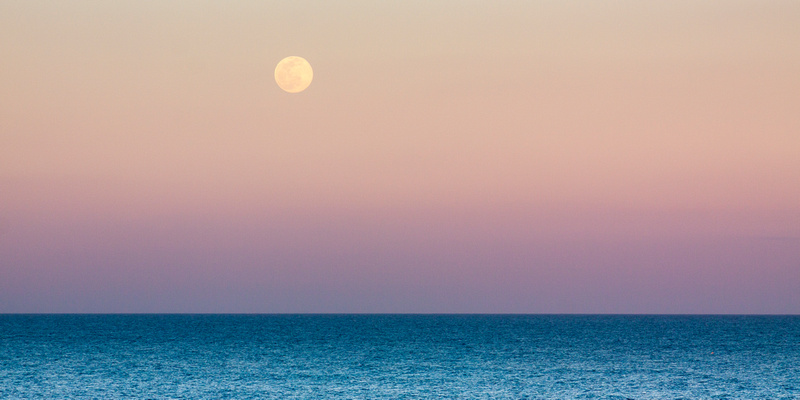 THE NORTH CAROLINA COAST WAS PRETTY BORING COMPARED TO OREGON, BUT THE ALPENGLOW WAS NOT, AND I TOOK VARIATIONS            OF THIS PHOTO EVERY DAY. 2022 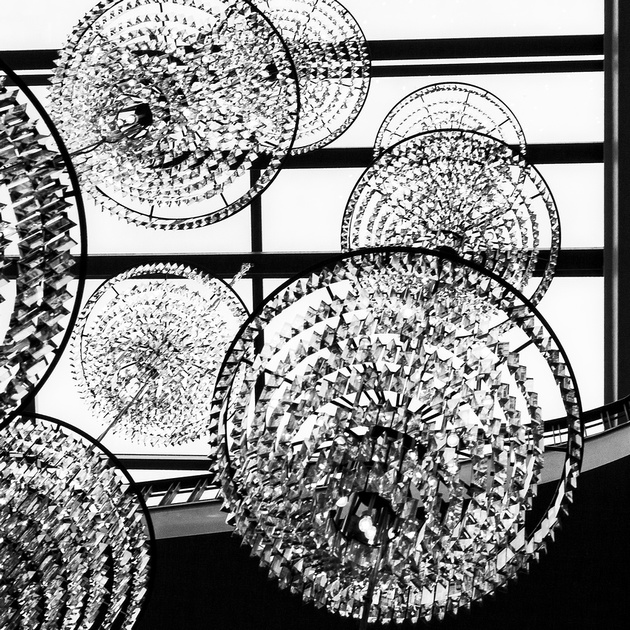 AT LEAST I'M NOT A CHANDELIER SALESMAN! 2022

Before we get started with the grim statistics, let me first say that I am incredibly grateful that people respond to my images, sometimes even buy them, and that Saturday Market exists as a venue and that Fran still encourages me after all these years in every way possible. Her biggest achievement this year might be that after more than a dozen years I'm finally beginning to agree with her that none of this makes any sense, and that it really doesn't lend itself to MBA type analysis. The bottom line is that I do make money, incredibly rare for an artist, but that I don't come anywhere near to "making a living." 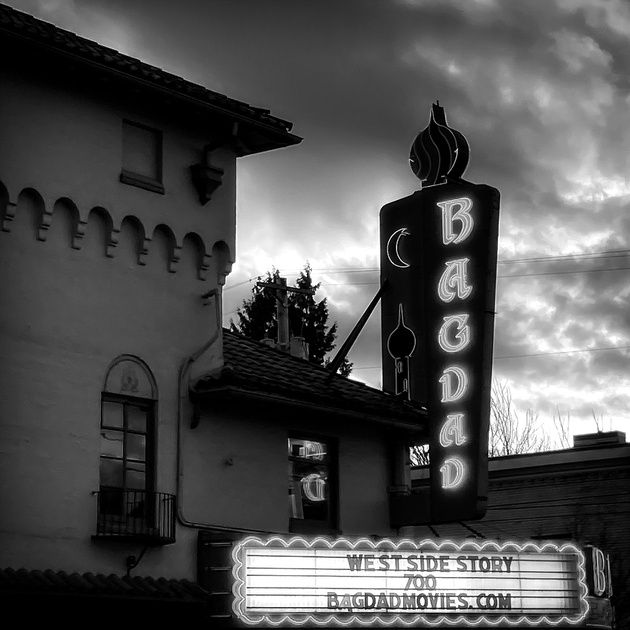 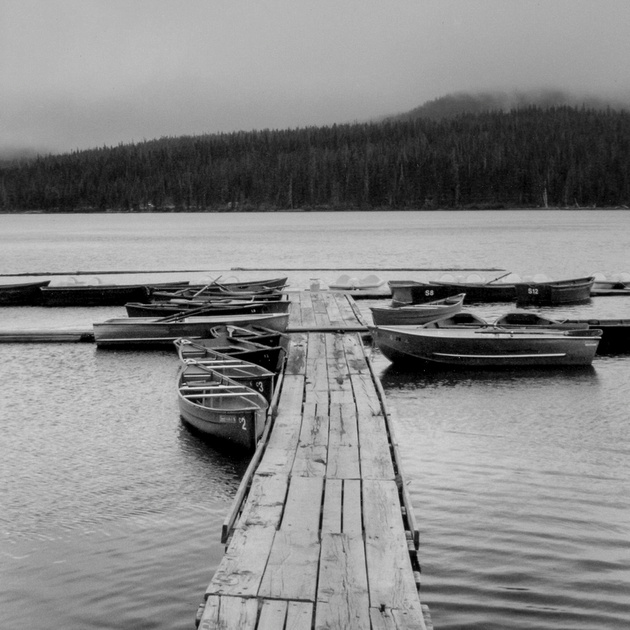 I get most of my jollies from spreading my art around the globe not through the internet, where I have been a near total failure, but through my little booth at the market. This year I made around 350 sales, which averages nearly ten a day, which actually surprises me, but there you have it. It's the variability that can drive everyone nuts, which has led Fran to abandon any predictions of my mood when I come home exhausted at the end of the day. This year I put art in around 100 more houses in Portland, adding to my total after a dozen years of approximately 3500 homes and apartments where I might encounter my art. I sold art to about 240 more places in the rest of the United States, where I have sold art to people from every state in the Union. I have art in eight Canadian provinces - this year I "made" Yellowknife, in the Northwest Territories. My art now graces homes in 25 more places in sixty countries throughout the rest of the world; this year I sold art to people from Bosnia and the Czech republic for the first time. I frankly find this absolutely incredible. 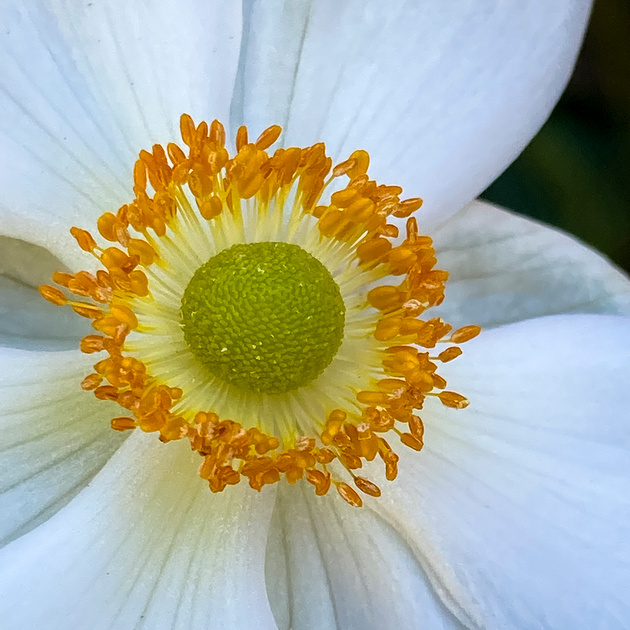 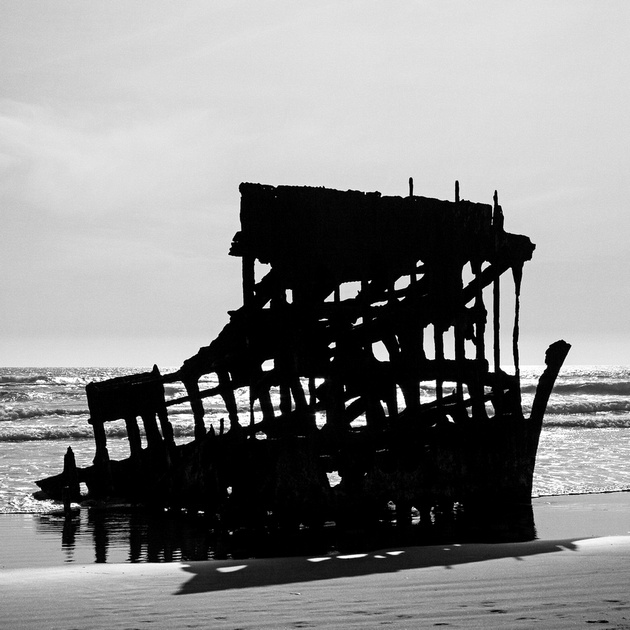 The real story this year is that although I'm certainly not back to my sales totals before the Pandemic, I'm doing it in half the time. Saturday Market is now really Saturday Market, with no Sundays for the foreseeable future. So although I'm paying the same rent I used to pay for two days on the weekend, I am making just a little less in one day than I used to make in two. The slightly longer endurance required in more than 12 hours outside under the bridge is more than made up by Sunday at home. I have no complaints with earning about the same money in only about 60% of the time at the market. 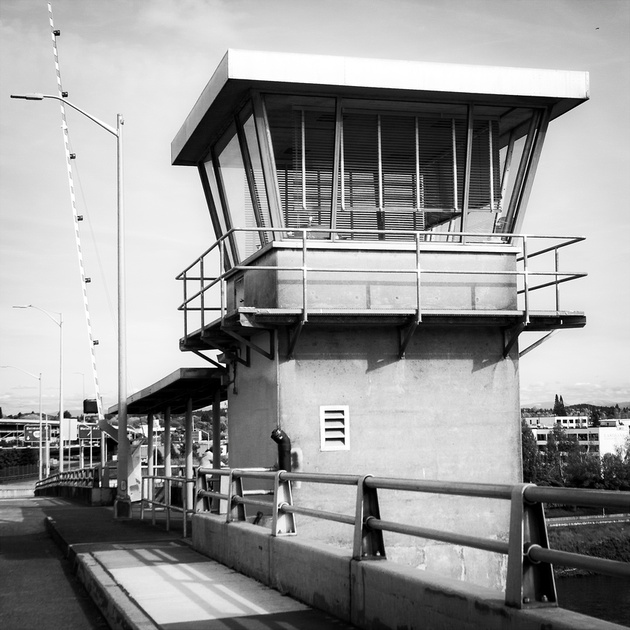 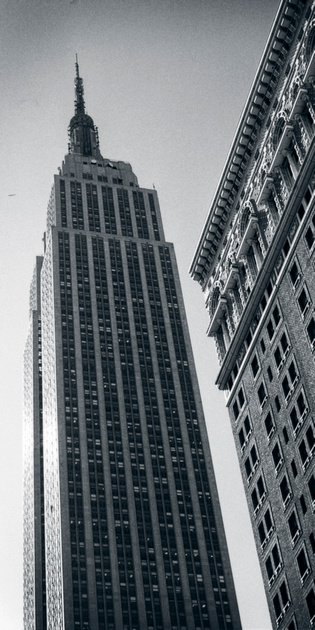 A REDISCOVERED, AND RECROPPED B&W CONVERSION OF 2012 PHOTO

Now let's take a deeper dive in how I actually make money. Since I compiled some of these statistics in the process of writing this essay, consider that I am actually kind of thinking aloud - and that your conclusions about how I should respond to this stuff bears little resemblance to the reality of the art world, especially under the Burnside Bridge. 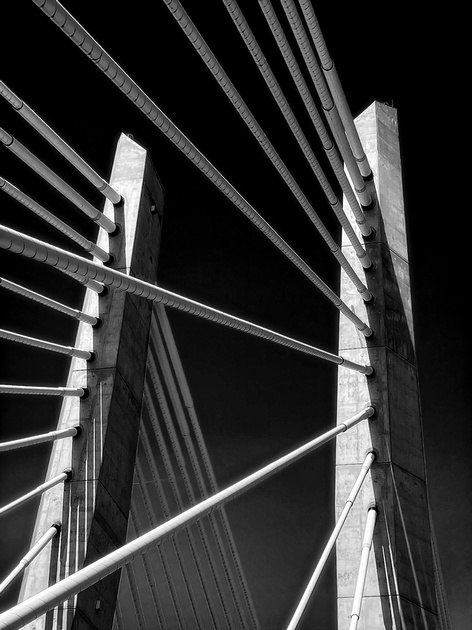 I am a coaster monger. Sales of coasters probably represent about a third of my total sales, and most of my profits if I really drilled down. I sold 527 coasters this year, about 150 less than in 2019. On any given Saturday probably 250 of my images are available as coasters, which is clearly nuts except that I've long held the belief that the one image that a person responds to is the key to a sale, despite the fact that nobody else except me ever gives a damn. So while the top ten coasters, including two ties, account for 43% of coaster sales, they might not be the reason a customer went for the set of four, but only the result of really liking another obscure image. 17% of my images sold just one time, which seems to reinforce that theory. On the other hand, 54% of my coaster images never found a buyer at all this year - they are clearly not pulling their weight, and even I have begun to cannibalize them for the creation of coasters that will actually sell. 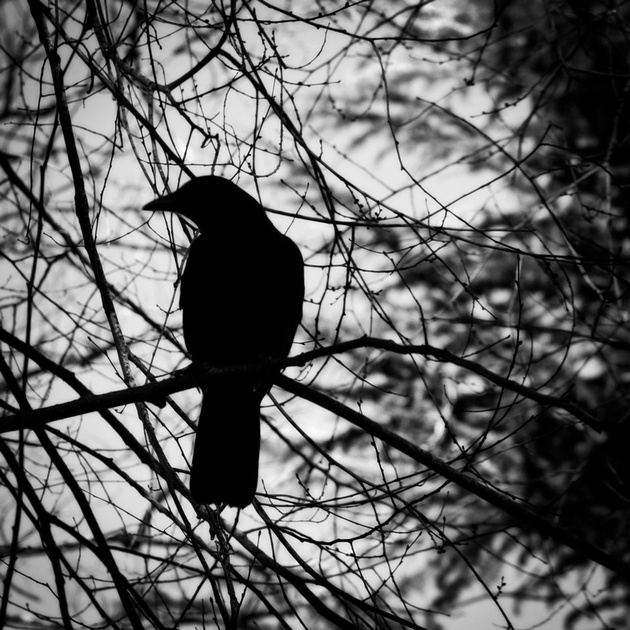 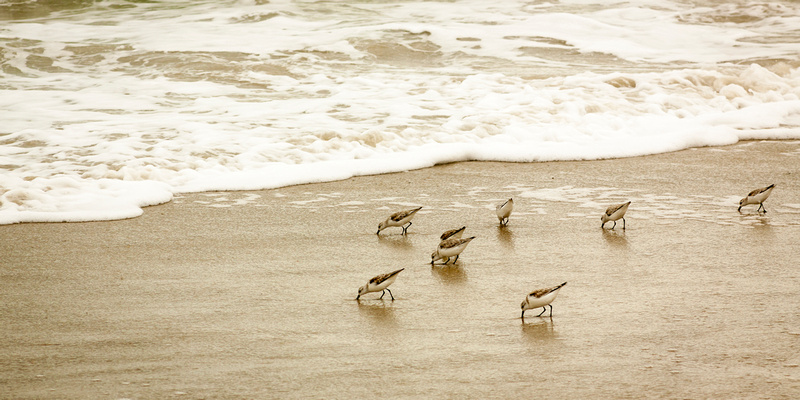 I have not bought a new coaster blank for months, which is great since they have gone up by almost 50% - talk about inflation! I actually recommended to the proprietor of one of my art supply stores that they install some defibrillators after I noticed that the felt sheets I used to buy have gone up in price from $.33/sheet to $1.49/sheet! It's a good thing that for some unknown reason I saved bags and bags of the felt trimmings over the years, so that I have not bought a felt sheet in years, and hopefully will not have to for several years to come. 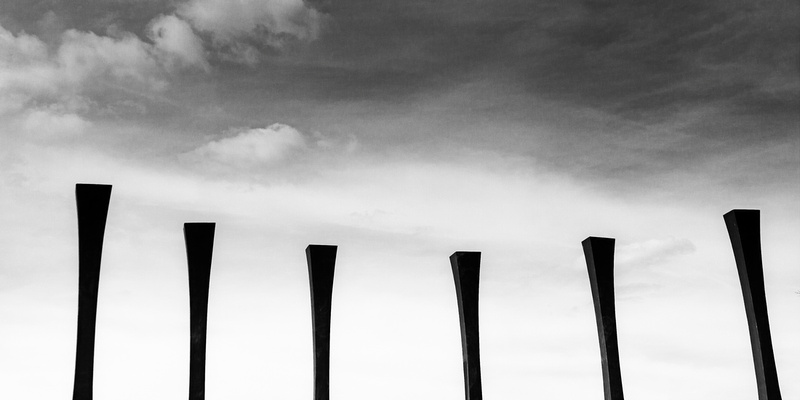 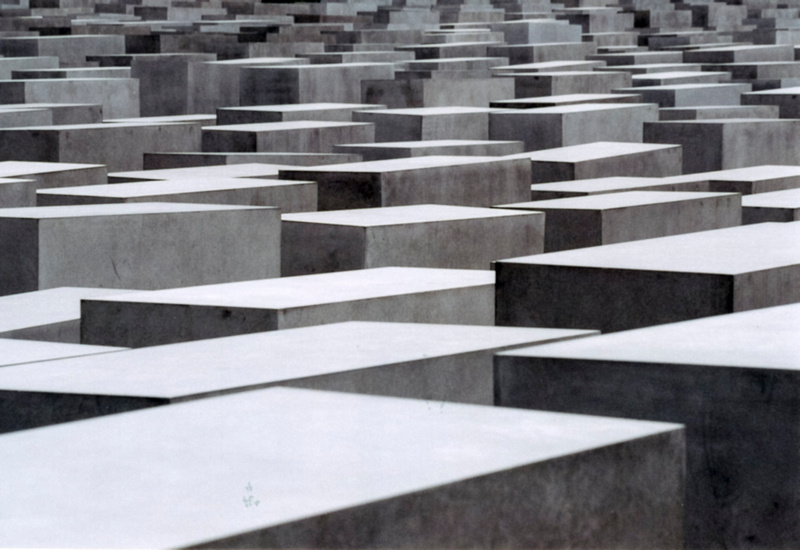 BERLIN'S MEMORIAL TO THE MURDERED JEWS OF EUROPE : B&W CONVERSION OF 2006 PHOTO

Magnets are a subset of coaster sales. For years magnets drove me nuts, since I couldn't rationally decide what should be a coaster and what should be a magnet. Inevitably I chose wrong, leading to customer disappointment. It was only when I became disenchanted and eliminated magnets entirely, (which of course led to unprecedented demand for magnets), that I hit upon the solution. I now convert coasters into magnets while you wait, which lets me charge the highest price in the market for a magnet, while the customers cannot believe I do not charge a premium for the surgery. Even though I only sold 63 magnets this year,more than I thought, that's about a $500.00 in profit since I spent only $10.00 or so on the magnet sheets. 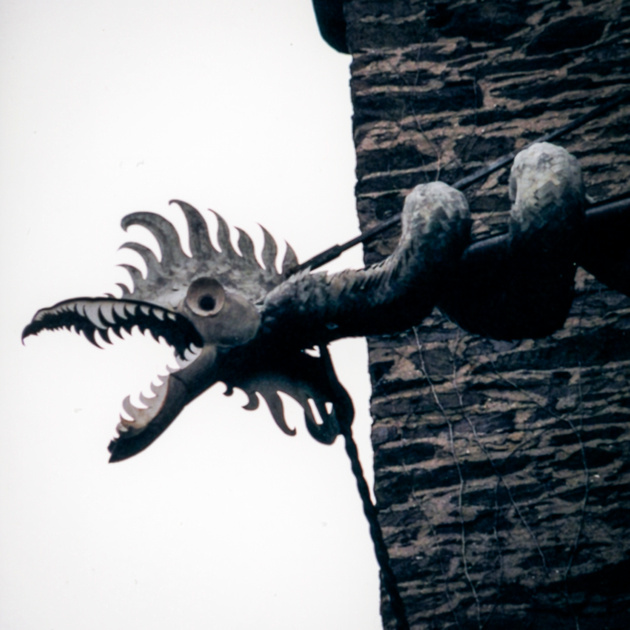 Another product I sell is also a direct response to my coasters. My "Miniatures" are the same size as coasters, but placed on a thicker wood frame which allows them to stand by themselves in a bookcase or on a table or hang on the wall. Of course the coasters can hang on a wall with a couple of pieces of velcro, but try to monetize that! Believe me, it doesn't work since my customers declare "but they're coasters!" and then graciously email their installations a few months later - on the wall. The mini's started out like gangbusters, but know I only sell about one a week. At least I finally showed some restraint by declaring there would only be one copy per image - but this was countered by my attempt to sell images that were not squares. After all, they were not coasters; but try explaining to me why a 4x4 is cute, but a 4x6 is too small? At least the dozens of disdained 4x6's can now be used as the hidden frames behind my metal prints. 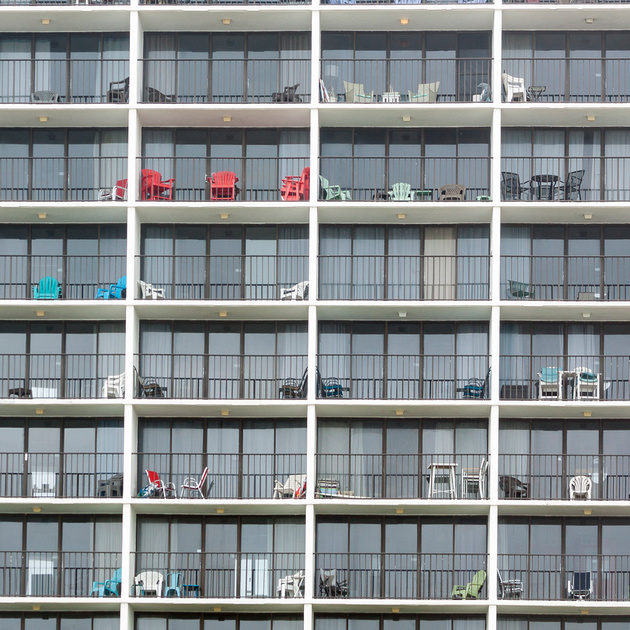 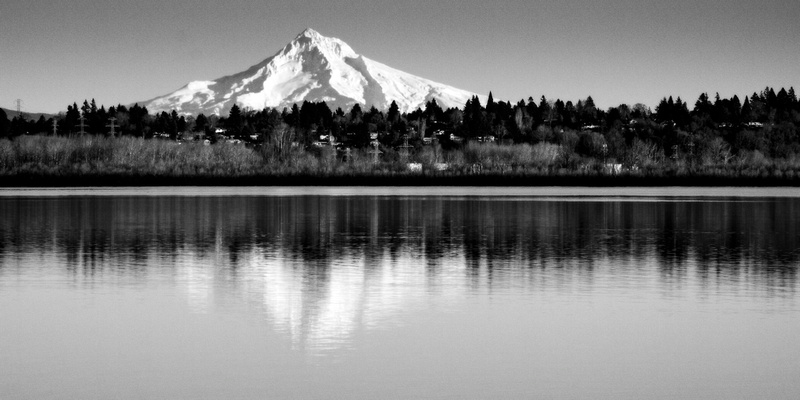 Another victory this year was bringing back my small posters. They too were very popular until the 2018 Recession (oh you missed that one? it was true at the market) drove down market prices to the point where my posters, with my name on them, were selling for more than my competitor's matted prints. The posters survived in their bags as packing material for the small metal prints (they still are) until I decided to put them in a box on a table and see if anyone responded. I only sold 17 this year, but that's 17 more than I sold since 2018, and it's all profit. I probably have several years until I actually have to print another one. 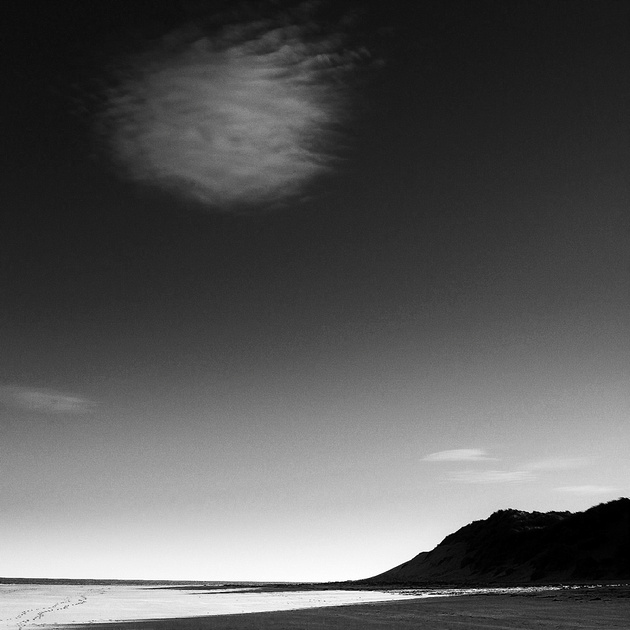 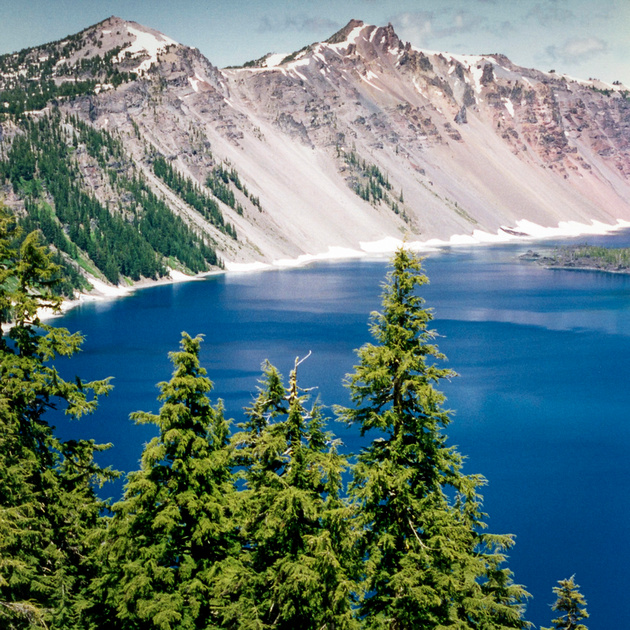 My books are a total labor of love. I wrote four of them during the Pandemic, and thereupon learned that the only worse economic position than an artist was an author. If I could get these books into Powell's I would lose $1.00 with every sale, and even I realize that you can't make that up in volume. But I do sell about one a month, earning far more for each book, at a fair price, than most authors ever dream of. I'm very proud of them, and I dare say that you won't find another photo book with what Fran calls such "spirited" commentary. 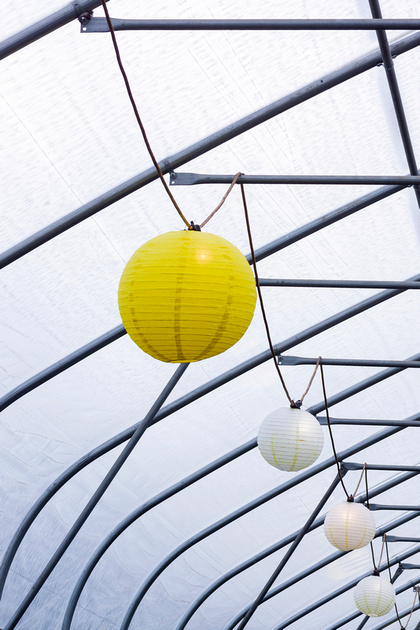 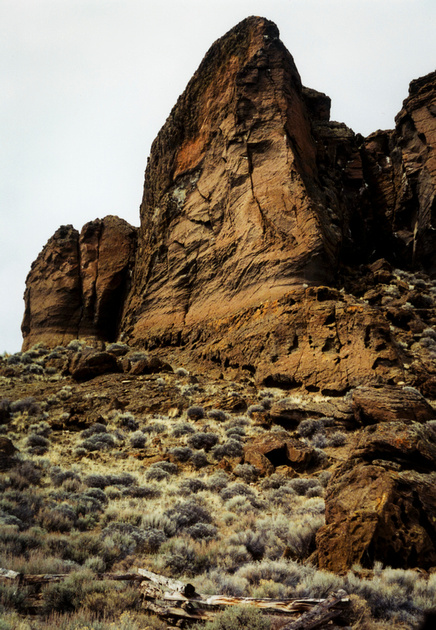 Which leaves my metal prints, the biggest source of sales, but also the biggest source of marketing frustration in my booth. These are my big ticket items, which grab the viewer's attention and show off my work better than any other medium that exists in the photographic market today. These prints are exquisite, but they are also very expensive, and inflation isn't helping at all. Thus they are pretty much billboards at this point, drawing customers into the booth but rarely leaving. My dream marketing plan would have me sell one or two each Saturday, but that rarely happens. I only sold 29 metal prints this year, and sold exactly zero of those larger than my smallest 8x8 size. I feel my prices are very fair, if not on the too fair side. And my colleagues, who have all converted to metal after I led the way, sell the larger sizes for some 100's of dollars less that I do. But I watch, and they DON'T sell them either, so lower prices doesn't seem to really matter. I'm at a loss, and I think I must stop bringing my larger metals if only to reduce the enormous time it takes to set up and tear down my gallery. Since they really are beautiful, it's pretty disappointing. 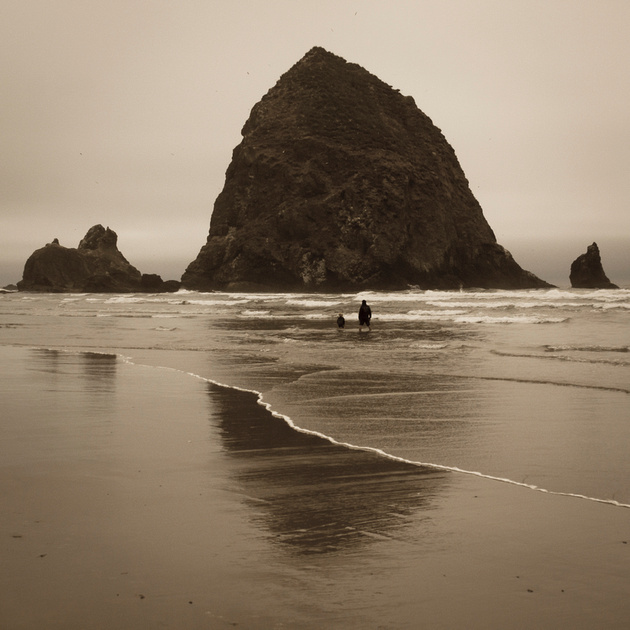 So there you have my 2022 State of the Market. I remain optimistic but puzzled. One of the things that has kept me enthused this year is this blog. I realize that in some sense I have bitten off more than I can chew, that a blog a week might be too much, but I am still enjoying myself. When other artists say they have a blog, and I discover that they have written a dozen blog posts over four years, I can only shake my head. So I thank everyone for your attention, and hope you are enjoying these musings on my photographic journey. I once again invite you to tell me you are out there. My statistics tell me that on the average more than 200 of you are reading each week, but I have no idea who the vast majority of you are besides my wife, who provides her own "spirited" commentary each week. Happy Holidays, and a Happy New Year.