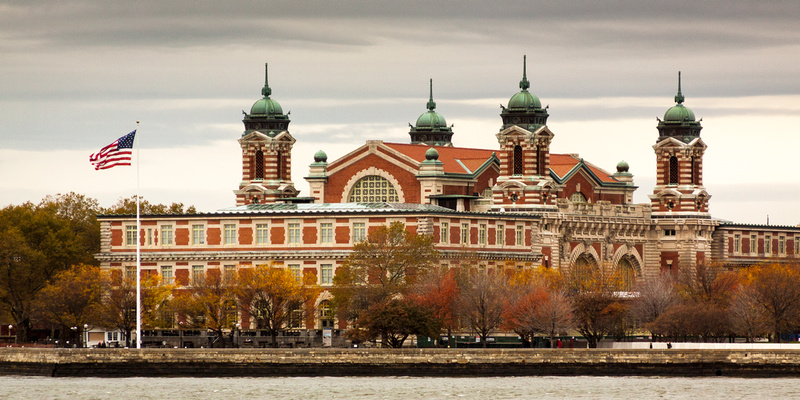 This week I would like to throw caution to the wind and insist that the real reason that you should try to learn post-processing software is not to improve your images and to communicate your artistic intent to viewers, but to have fun. I simply get a kick out of trying new things, not out of an effort to be weird, but to use these computer manipulations to get out of my comfort zone. The goal is to get a "better" image, but the fun is in the process, and the liberation that can come out of experiments beyond my normal "work flow." All of these images were rediscovered on a fruitful search in the archives after I had once again lost one of my most popular images, which I fortunately rescued from the "missing" file. 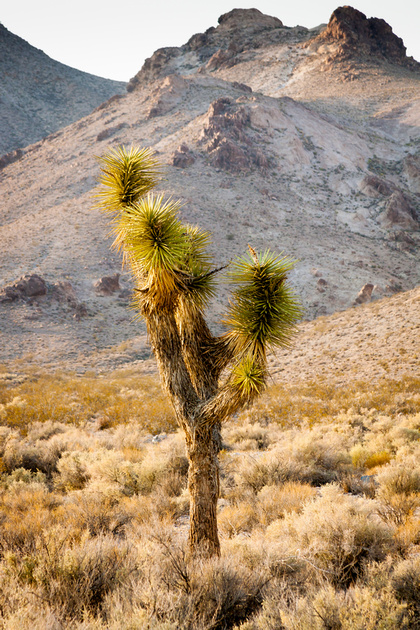 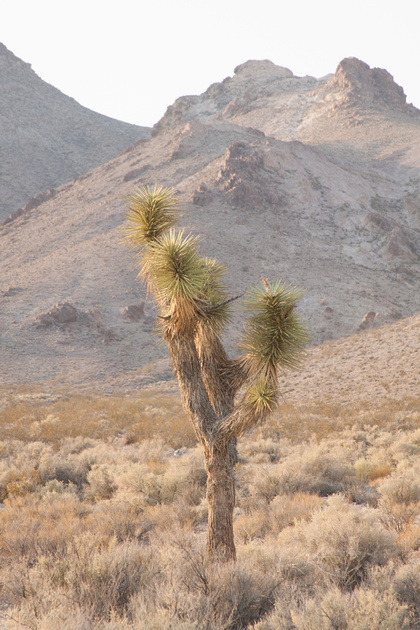 Sometimes the result is just a far better rendition of an image - not saving a photo per se, but attempting to find the potential I saw when I pressed the shutter and somehow missed when I viewed the result. Often this is simply the result of the perfectly ordinary fact that photographs do not directly relate to reality, which is one of the reasons we take them in the first place. The camera sees things differently from you and me, and while that often leads to wonder, it sometimes can disappoint. There is nothing wrong with continuing your artistic pursuits beyond your efforts "in camera." 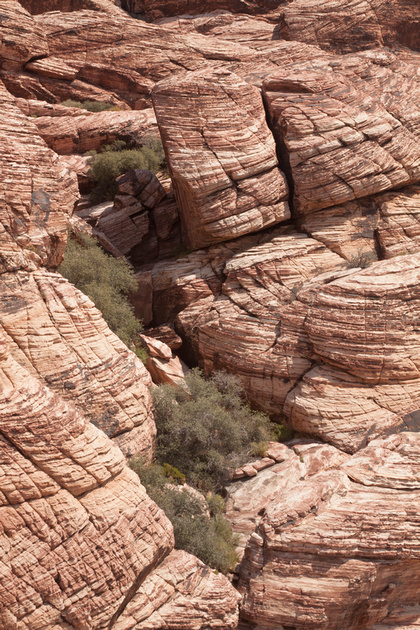 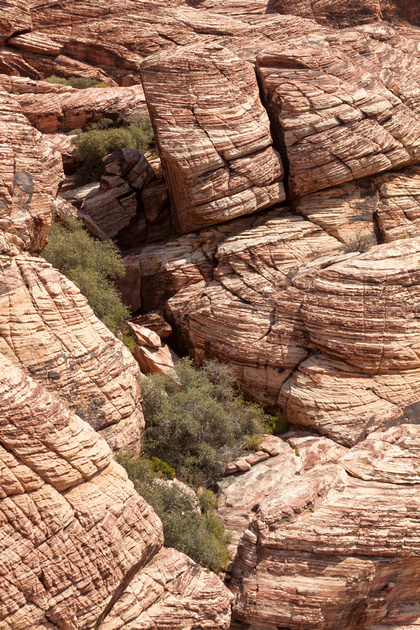 These first two images were created on my only visit to Death Valley, which I recommend to everyone - just don't go in the Summer, and please skip Las Vegas, which exemplifies everything wrong with our country if not the entire world. My post processing efforts are not dramatic, but I think they clearly improve these two images which were initially lost in the shuffle. Judicious cropping, increased saturation and contrast,sharpening and you've gone a long way to a better rendition. 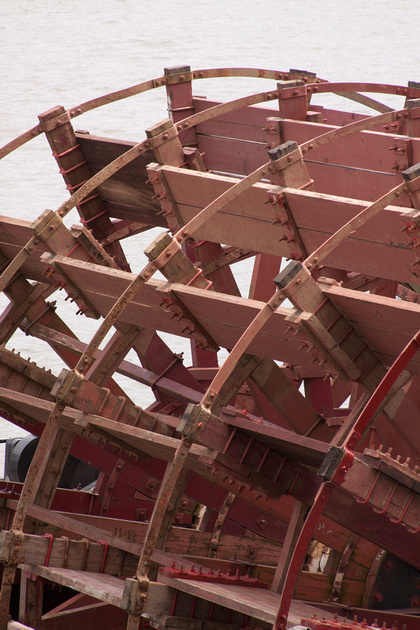 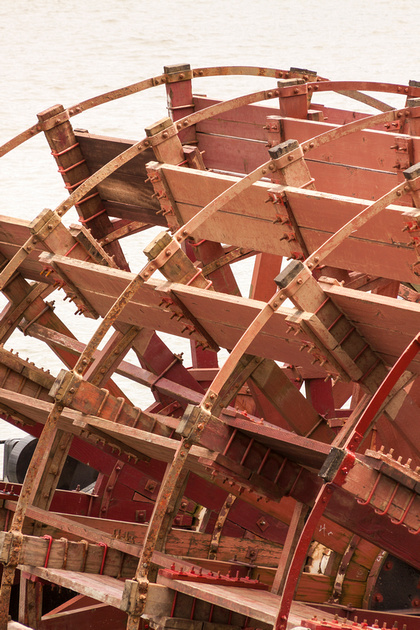 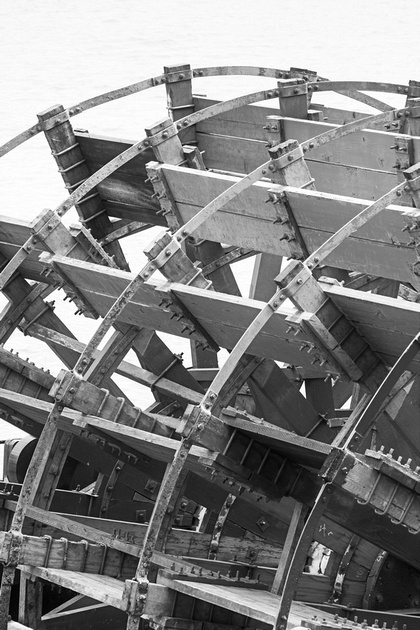 The next two images show how these efforts can improve the graphical bent that is one of my chief ways of seeing the world in the first place. Even these simple compositions can benefit from efforts that make them even more simpler. The switch to black and white can also be a major move towards abstraction, further removing the images from the morass of documentation. I didn't care "what" I was taking, and these post-processing moves can further highlight my intent. Structural ingenuity, separated by one hundred years, can also be treated as beautiful sculptures devoid of a purpose far beyond their maker's intent. Not that I don't think for a minute that those makers didn't delight in the beauty of what they had made - they just didn't revel in it for fear of it being removed by "value engineering." 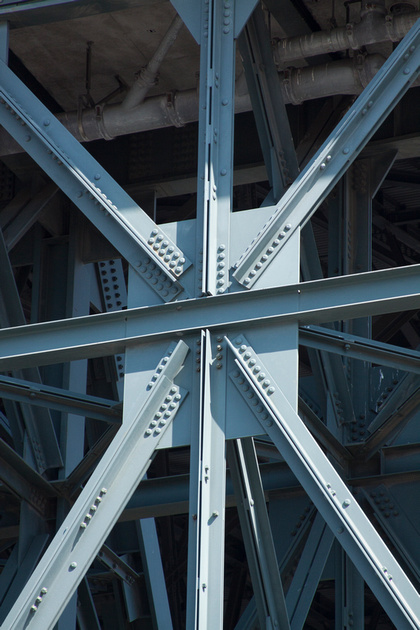 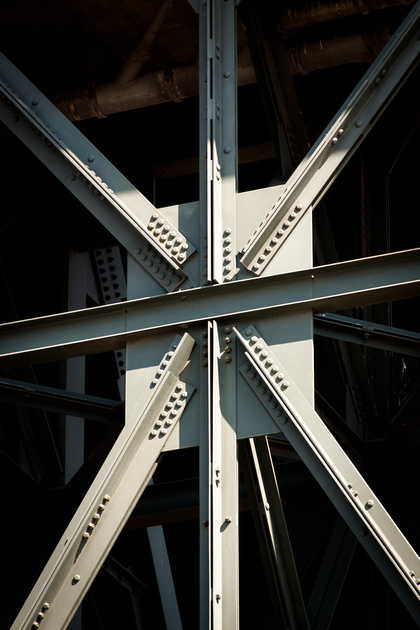 SAFECO TRUSS : THE COLOR IS BETTER, AND DON'T YOU SEE IT'S STRAIGHT? COME ON, MAN! 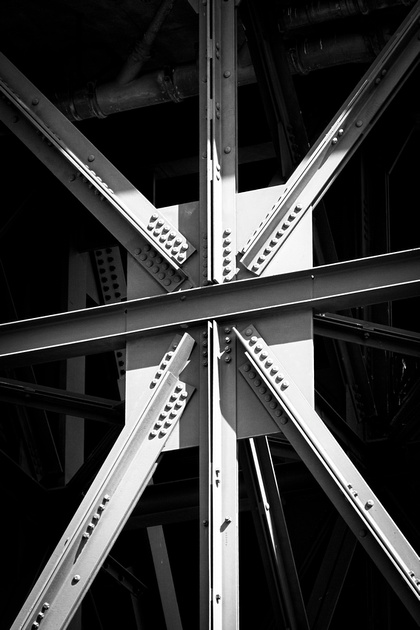 I HATE THAT SICK GREEN ANYWAY, SO LET'S GO BLACK AND WHITE

Sometimes my efforts can be totally arbitrary, often in my pursuit of a photo coaster which requires a square crop. While certain images can only be compromised, if not ruined, by such treatment, others are strengthened by this stringent simplification. 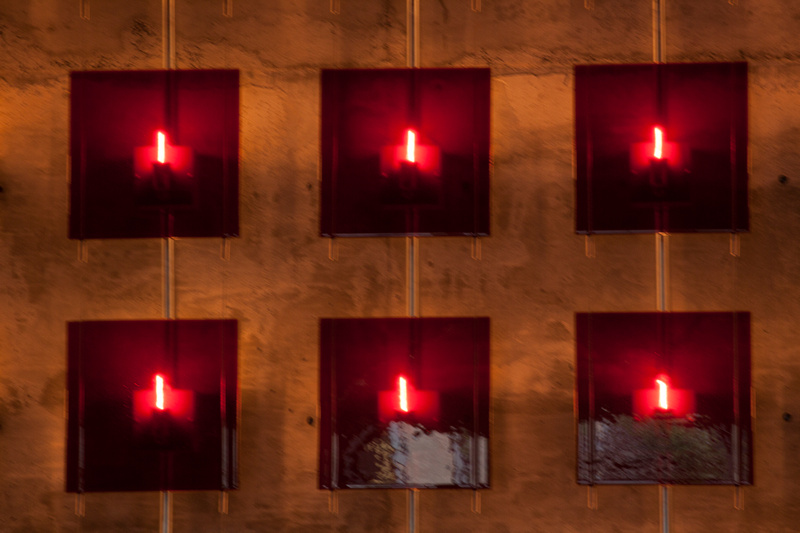 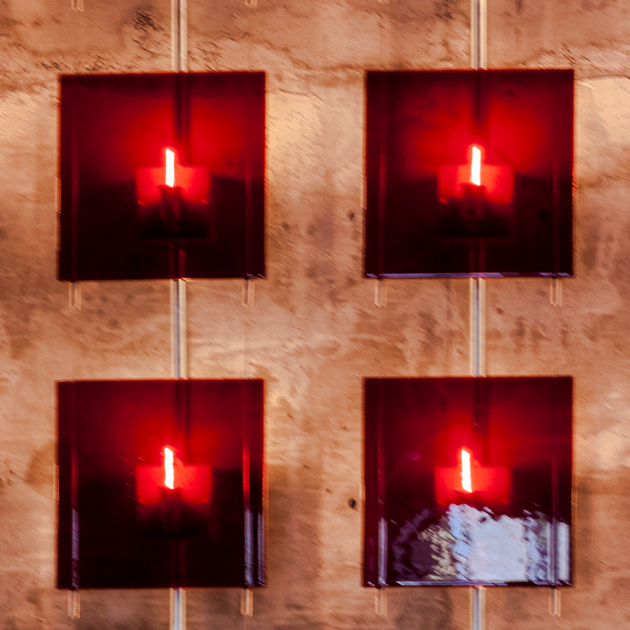 CLEARLY, FOUR IS BETTER THAN SIX! 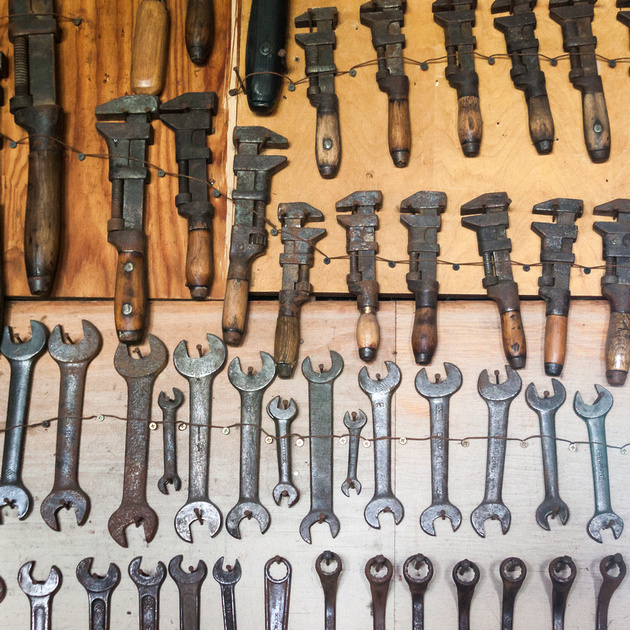 CLOSER, BUT NOT CLOSE ENOUGH 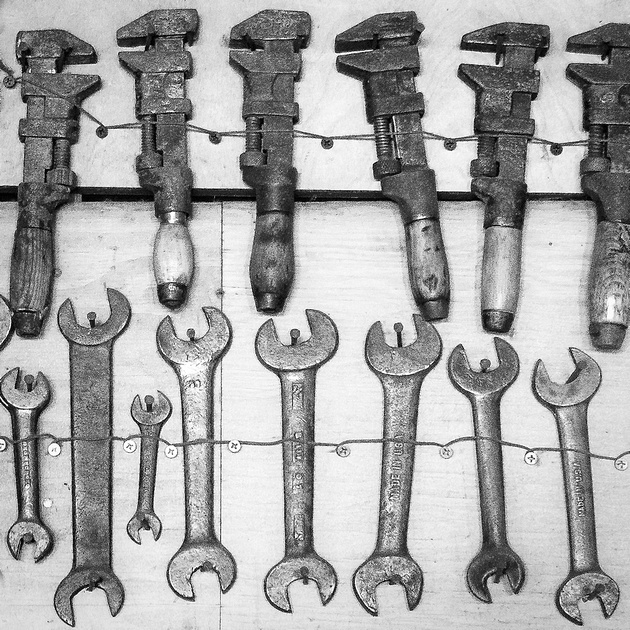 THAT'S GETTING THERE, AND TEXTURE AND DETAIL REPLACES COLOR

If you have been wondering where all these wild moves I initially talked about went, I would remind you that I am inherently a pretty conservative photographer. My liberation might be your straight jacket. But in discussing this final image, I hope I can show how I can loosen up a little. 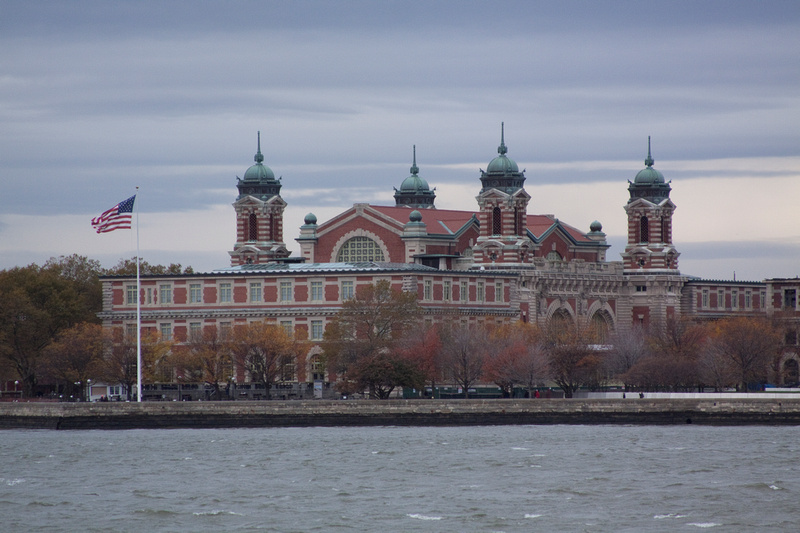 This image was taken several years ago on a trip to the Statue of Liberty. As we sailed past I tried to capture an overall view of Ellis Island, the beginning of many of our families' American journeys. It's not a bad snap, but the first things I did were to straighten my wonky horizon and crop out some meaningless sky and water to achieve the real wider angle the building deserved. The usual sharpening, a little saturation -especially of the overall brick and the remaining fall foliage - and we have arrived at what would ordinarily be my "final version." 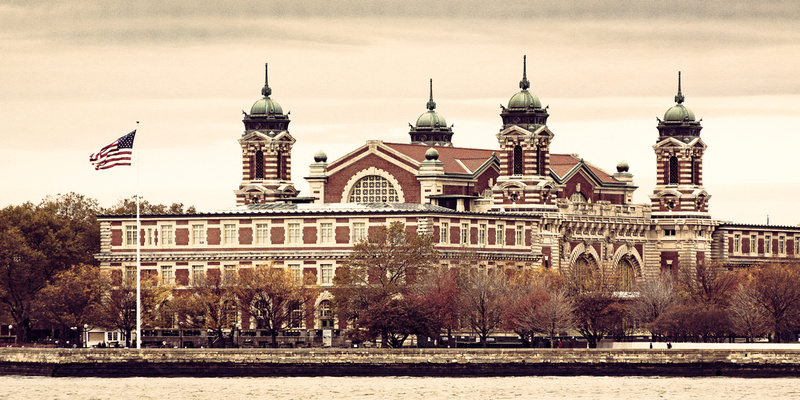 Then I just decided to have some fun, and use some filters that I had previously avoided. The color image was first subjected to what the software world calls a LUT - a "Look Up Table", which are color filters that come out of Hollywood, used by cinematographers to achieve their overall "look" for a film. This look can become their career signature or at least the color cast for that movie. Think of "Chinatown", or "The French Connection", or even "The Lord of The Rings" - there was something going on in the rendition of color that gave them a certain feel, even if you couldn't put your finger on it. This LUT was labeled "Branaugh" by my software, which was good enough for me. It clearly muted the colors in such a way that I could temporarily forgive him for leaving Emma Thompson. I finally added a "texture" layer in the background, that added enough crunch and wrinkles that the image now can begin to resemble a postcard from the last century. Maybe yes, maybe no, but I certainly haven't "ruined" anything. 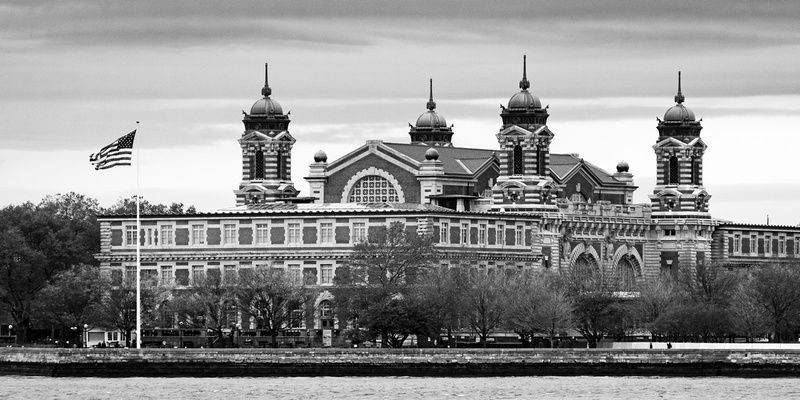 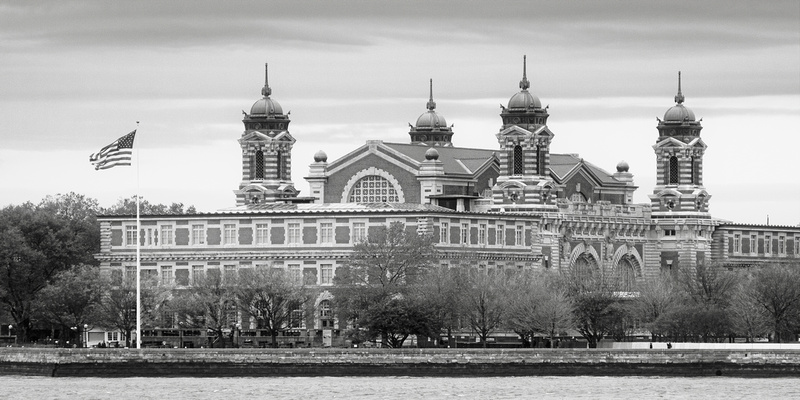 I then switched to black and white. The first effort is the result of my normal procedure in monochrome, and as usual the result focuses on sharper details and allows for more contrast overall and especially in the sky that can be achieved in color. I believe my efforts achieve a stronger image, especially if you don't miss the color. This final attempt lightened up everything, using a "sunshine" filter to brighten up the image a little more subtly than by increasing the exposure - as if the Sun just came out for a minute when I snapped the shot. Add some "glow" and the Sun can begin to really beat down on the lighter tones. Of course use restraint unless you are going for a radioactive representation. Finally a very subtle sepia tone was added to achieve an element of nostalgia, which is really just apparent if you view this rendition side by side with my standard black and white.

A great tip for working with images is not only to learn when to stop, but to go back the next day or a week later. It will instantly become apparent where your have gone too far, and then you can dial back your "radical" moves. Goldilocks learned an important lesson which can become your motto when working with images.

Non of this stuff is earth shattering, but I did have fun, and I encourage you to also move past your comfort zone, maybe even beyond my conservative parameters. When people ask me if I have had fun taking any photographs lately, I often tell them how much fun I have discovering the hidden value in images that I captured many years ago.